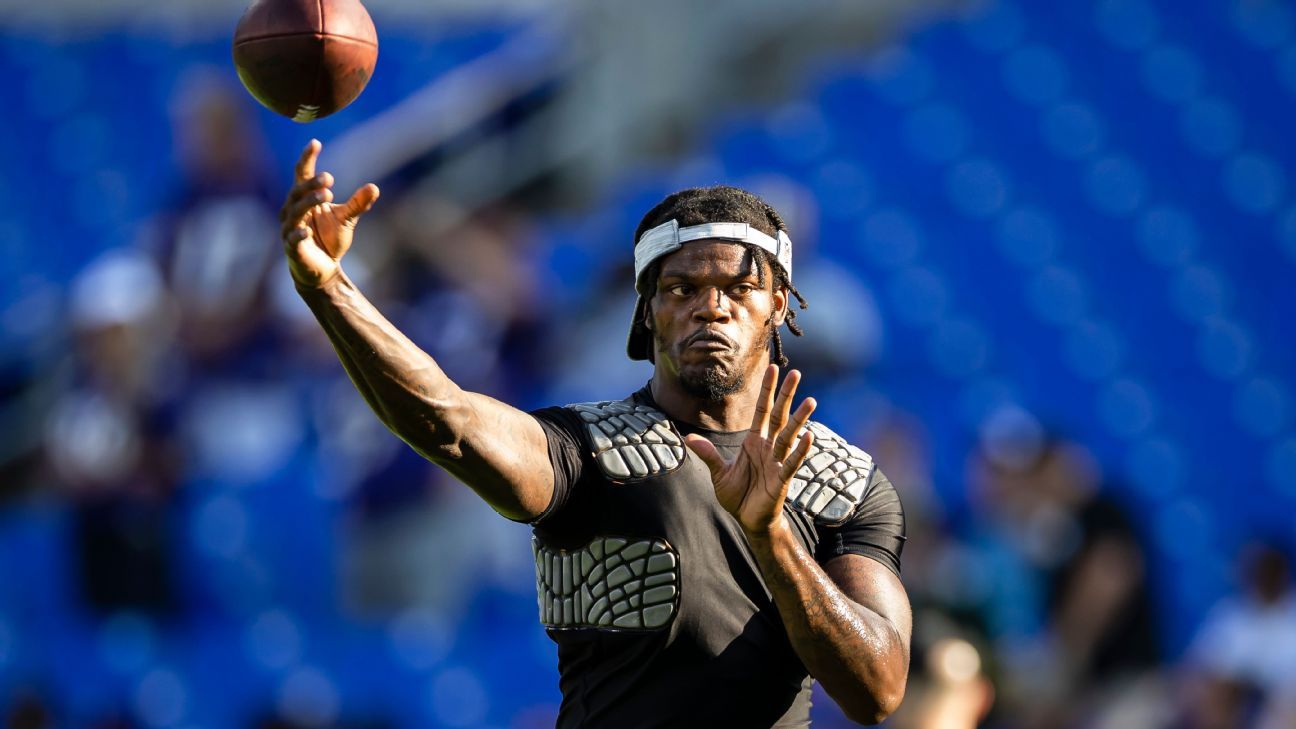 Jackson is 0-3 against Mahomes — losing to him in each of the past three seasons — while going 30-5 (.857) against the rest of the NFL. This marks the fifth instance in the past 25 years of one NFL MVP quarterback losing his first three starts opposite another MVP quarterback, according to ESPN Stats & Information research.

“It’s not about me and Mahomes,” Jackson said after Wednesday’s practice. “Not to me, probably to everyone else. But it’s the Ravens versus the Kansas City Chiefs.”

Mahomes won the NFL MVP in 2018, and Jackson followed that up in 2019 by becoming the league’s second unanimous selection. The only quarterbacks to lose their first four starts against another MVP quarterback were Peyton Manning and Matt Ryan. Both did so against Tom Brady.

Jackson is tied with Ryan for the worst win percentage in head-to-head matchups of NFL MVP quarterbacks with at least three such starts. Ryan, who is 0-5 against Brady, faces the seven-time Super Bowl champ again when the Atlanta Falcons visit the Tampa Bay Buccaneers on Sunday.

In last season’s 34-20 loss to the Chiefs, Jackson threw for a career-worst 97 yards. Afterward, he called Kansas City “our kryptonite.”

“They did beat us three times or whatever, but that’s in the past,” Jackson said Wednesday. “I’m not dwelling on those losses. We’re coming in Sunday night and we’re going to play.”

In three games against the Chiefs, Jackson has completed 52.6% of his throws, averaging 170.3 yards passing per game. He has thrown for three touchdowns with no interceptions for a 78.8 rating.

In 35 games against the rest of the NFL, Jackson has connected on 65.3% of his passes, averaging 192 yards passing each game. He has recorded 65 touchdown passes and 18 interceptions for a 104.97 rating.

Baltimore Pro Bowl cornerback Marlon Humphrey acknowledged that the Chiefs have had the Ravens’ number recently.

“The way you go about changing it is addressing it how it is: looking at it head-on and go into the game and just try to beat them,” Humphrey said. “It’s a great opportunity for us to go out there Sunday night and show we belong on the field with them.”