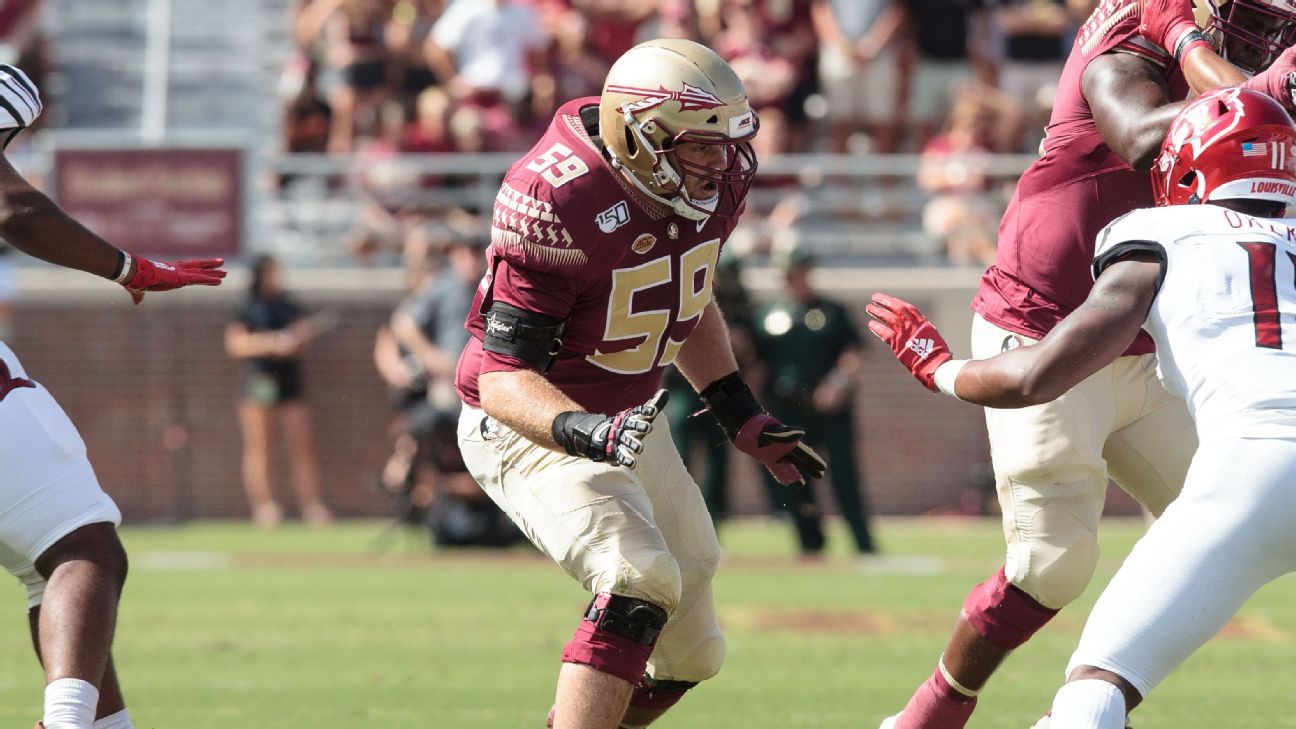 He just picked an interesting time to propose.

Saturday night, FSU lost to Jacksonville State on a wild play with no time left to send the Seminoles to an 0-2 start to the 2021 season.

Shortly thereafter, with Gamecocks players still celebrating on the turf, Scott could be seen in the stadium end zone proposing to his girlfriend, Makala Pierce.

He’s not the first college football player to try this proposal. Boise State’s Ian Johnson famously proposed after upsetting Oklahoma in the 2007 Fiesta Bowl, and Clemson QB Trevor Lawrence proposed on the field in the offseason last year.

Scott shared photos of the engagement on Sunday. In the third photo Scott shared, he’s on the field proposing.

“You are my world,” Scott wrote on Instagram. “Forever with you will make me the happiest man in the world!”

When the photo was seen on social media, Scott took some ribbing. However, Scott, who declined to be interviewed for this story, is a redshirt senior who came to Florida State in 2017. He has now played for three different head coaches. A little social media razzing doesn’t seem to bother him.

He retweeted a few people questioning his timing with a link to his registry asking for contributions.

Poet Maya Angelou said, “Love recognizes no barriers. It jumps hurdles, leaps fences, penetrates walls to arrive at its destination full of hope.” In that case, it certainly doesn’t care about a loss in a college football game.