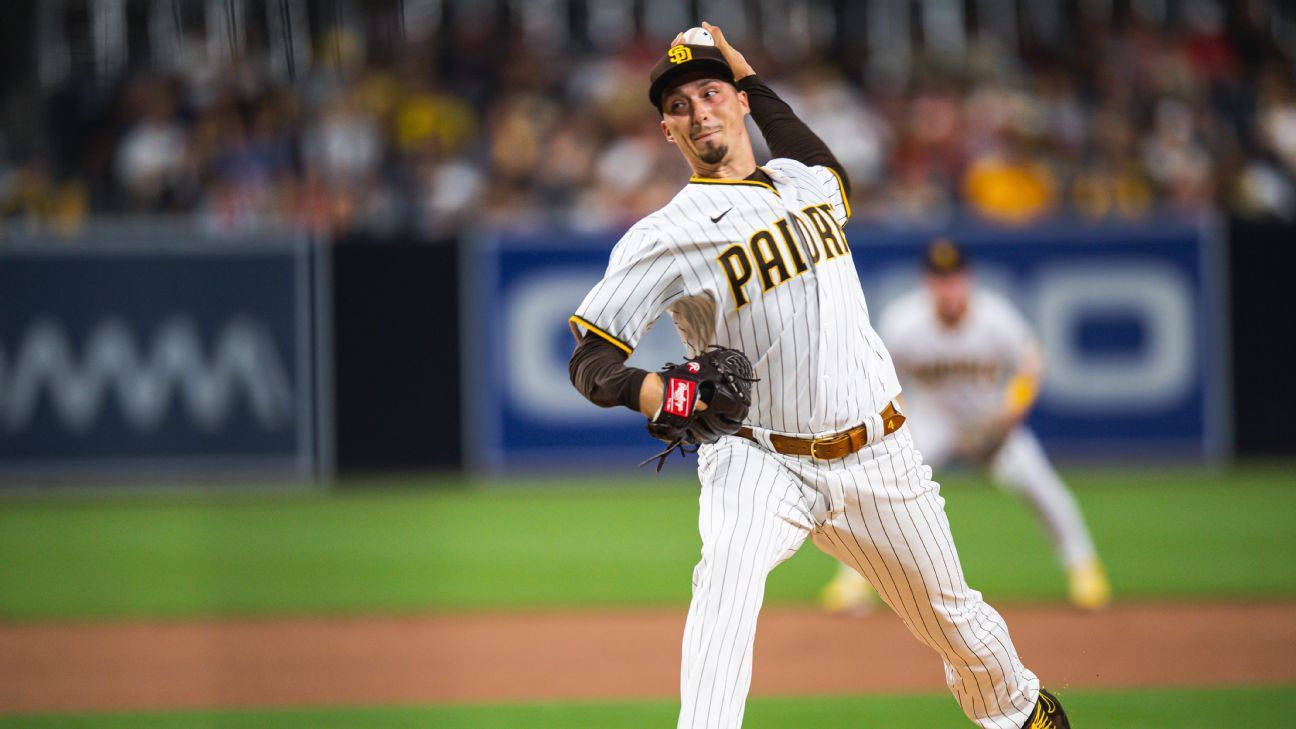 Snell retired his first two batters on popups to left field. He was facing Trea Turner when he suddenly left the mound with a 2-1 count, having thrown 11 pitches. The left-hander limped slightly as he walked off with the groin injury.

The 2018 AL Cy Young Award winner is 7-6 with a 4.22 ERA. He set a franchise record with 13 consecutive hitless innings across his last two starts.

It was a significant blow to the Padres, who are fighting for the second NL wild card.

“It’s something that he’s dealt with in the past,” Padres manager Jayce Tingler said. “It usually doesn’t come on until the sixth or seventh inning. For whatever reason, today it tightened up on him early. He says he’s walking better now. He already feels a little bit better.”

Nabil Crismatt replaced Snell in what suddenly became a bullpen game for San Diego, which lost 8-0.