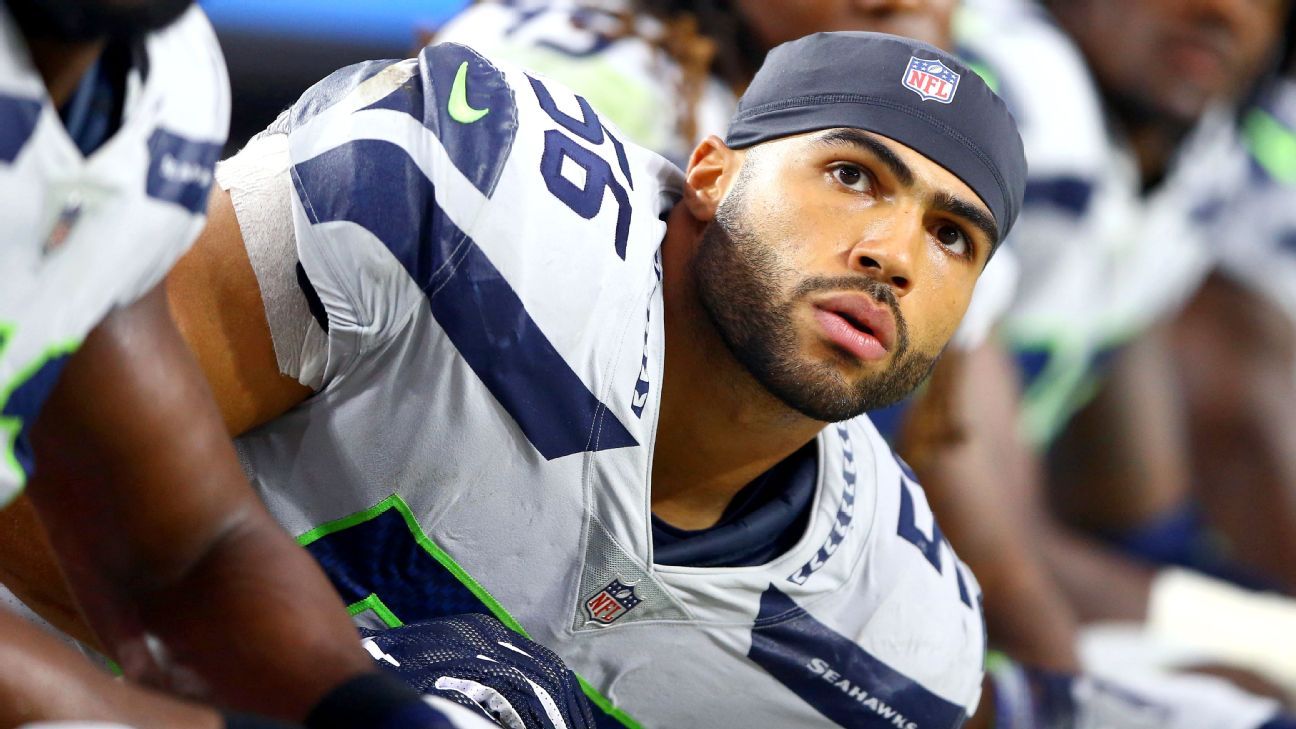 Free-agent linebacker Mychal Kendricks was sentenced Thursday to one day in jail, three years of probation and 300 hours of community service as a result of his 2018 guilty plea to insider trading charges.

Kendricks’ agent, Doug Hendrickson, told ESPN that the linebacker is serving his one-day jail sentence Thursday. Hendrickson said that not knowing what kind of sentence to expect made it a “very emotional day” for Kendricks.

“Clearly, Mychal is very happy with the outcome and he’s ready to continue playing football for someone,” Hendrickson said.

The sentence, handed down by Judge Gene Pratter in the U.S. District Court for the Eastern District of Pennsylvania, came after numerous postponements. Pratter said the time Kendricks has waited to be sentenced “must be a very significant punishment itself,” according to The Philadelphia Inquirer.

One source familiar with the situation told ESPN in 2018 that Kendricks could be facing 30 to 37 months in prison — as had been reported — based on federal guidelines and the amount of money involved in his case. The Inquirer reported that prosecutors and Kendricks’ defense asked Pratter for a lower sentence, saying he had cooperated with investigators, including his providing of information that led to charges against his childhood friend, Mark Wayne “Christian” Ramsey.

“I’ve been a role model, and it’s tough when a little kid comes up to you and asks if you’re going to jail,” Kendricks said in court, with his voice shaking, according to The Inquirer. “For the past years, I haven’t been able to answer that.”

Kendricks apologized in a statement after the charges were announced in August 2018, saying that while he didn’t fully understand the details of the illegal trades, he knew it was wrong and that he “wholeheartedly” regretted his actions. That September, he pleaded guilty to one count of securities fraud and one count of conspiracy to commit securities fraud. He previously had agreed to repay the money he made off the illegal trades.

“I will continue to be a vocal example who will speak about being honest, being true, recognizing your wrongdoings and learning from those, such as I have,” he said, according to the newspaper. “My lawyer told me not to say ‘never.’ But I can truly say that I never want to relive this again.”

According to the Securities and Exchange Commission complaint, a Goldman Sachs investment banking analyst, Damilare Sonoiki, illegally fed Kendricks information in 2014 about corporate acquisitions that his bank was advising before those deals were publicly announced. The complaint alleges that those tips helped Kendricks make about $1.2 million in illegal profits by purchasing securities in four companies that were about to be acquired. Sonoiki also pleaded guilty to securities fraud in September 2018.

Kendricks, who is 30, was a member of the Philadelphia Eagles at the time of the illegal trades, having been drafted by the team in the second round in 2012. He was released in May 2018, signed a one-year deal with the Cleveland Browns the next month and was released by Cleveland after the charges were announced in August.

The Seattle Seahawks signed Kendricks in September 2018, one week after his guilty plea. He served an eight-game suspension later that season for a violation of the NFL’s personal conduct policy, which stemmed from the insider trading case.

Kendricks made 17 starts over two seasons with the Seahawks, finishing each season on injured reserve. He was signed to Seattle’s practice squad last October, then finished the year on the Washington Football Team‘s active roster.

Hendrickson said Kendricks’ supporters around the NFL wrote letters to the court vouching for him.

“I think there was over 150 letters of support ranging from — I won’t name names — but head coaches in the NFL to general managers to the league office, the union, players on down to high school coaches and so forth and so on,” he said. “So everybody was really supportive and behind him in terms of that. I’d like to think hopefully that went into part of the decision for people to understand who Mychal is.

“Certainly he screwed up and made a bad decision and he owned up to it, and now that chapter is over and now he’s free to keep playing. He’s got a lot of football left in him.”

NFL commissioner Roger Goodell and Seahawks coach Pete Carroll were among those who wrote letters, according to the Inquirer, with Goodell’s stating that Kendricks has since “made himself a public example of the consequences of engaging in securities fraud” and that he “is committed to rebuilding both his reputation and his life.”

It’s not clear why Kendricks’ sentencing date was continually pushed back. Those can be changed at the request of the defense, the U.S. attorney or the court. The expectation for several months has been that Kendricks would finally be sentenced in July.

Hendrickson said teams interested in Kendricks have been waiting on his sentencing before proceeding.

“He’s serving one day in jail, which is as we speak,” Hendrickson said. “So as of tomorrow he’s legitimately free to sign with any team. There’s no restrictions. There’s no pending possible dates in the future. As you know, he’s already been suspended by the league in the past.”

Over nine seasons and 104 career games, Kendricks has 548 tackles, 19 sacks and four interceptions.

ESPN’s Tim McManus and The Associated Press contributed to this report.