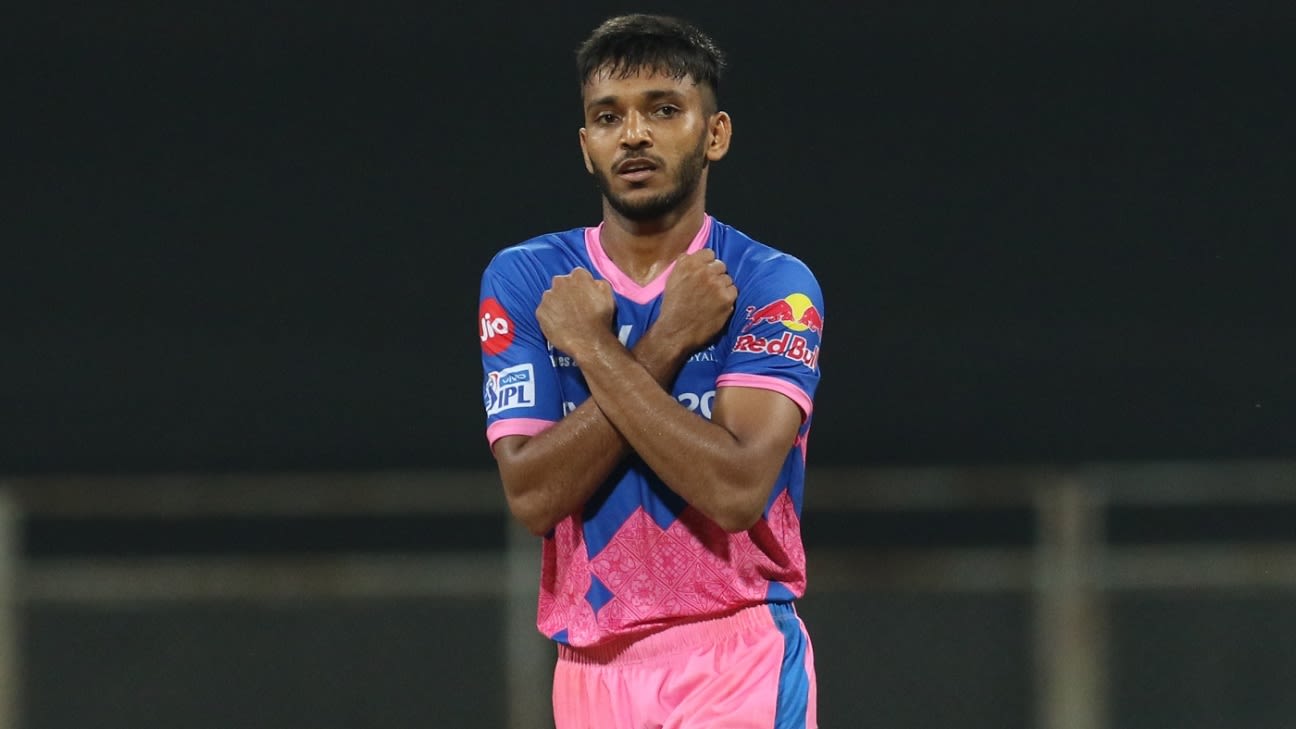 Kanjibhai Sakariya had tested positive during the 2021 IPL

Kanjibhai had tested positive during the IPL and is the the second family member Sakariya has lost in 2021. Weeks before the IPL auction in February, his younger brother Rahul died by suicide.

Sakariya was bought by the Royals for INR 1.2 crore (USD 164,000 approx) and it was a good investment for them as the 23-year-old uncapped left-armer consistently impressed in the tournament before it was postponed. On his IPL debut, against the Punjab Kings, in a high-scoring match where both teams amassed 438 runs, Sakariya was the most economical bowler with figures of 1 for 31 in four overs including 13 dot balls. Overall, Sakariya had picked up seven wickets including those of KL Rahul, Mayank Agarwal, MS Dhoni, Ambati Rayudu and Nitish Rana.

On a personal front, Sakariya had become his family’s solitary breadwinner after Kanjibhai’s tempo business folded. Living in a one-room house until the time of the IPL auction, Sakariya had told ESPNcricinfo recently that his dream was to build a new house from his IPL earnings.

Among other Indian players at the IPL to have family affected by Covid-19 was Chennai Super Kings captain MS Dhoni, whose parents tested positive, and Delhi Capitals spinner R Ashwin, who left the IPL after several of his family tested positive. India women’s batter Veda Krishnamurthy lost both her mother and sister to the virus.