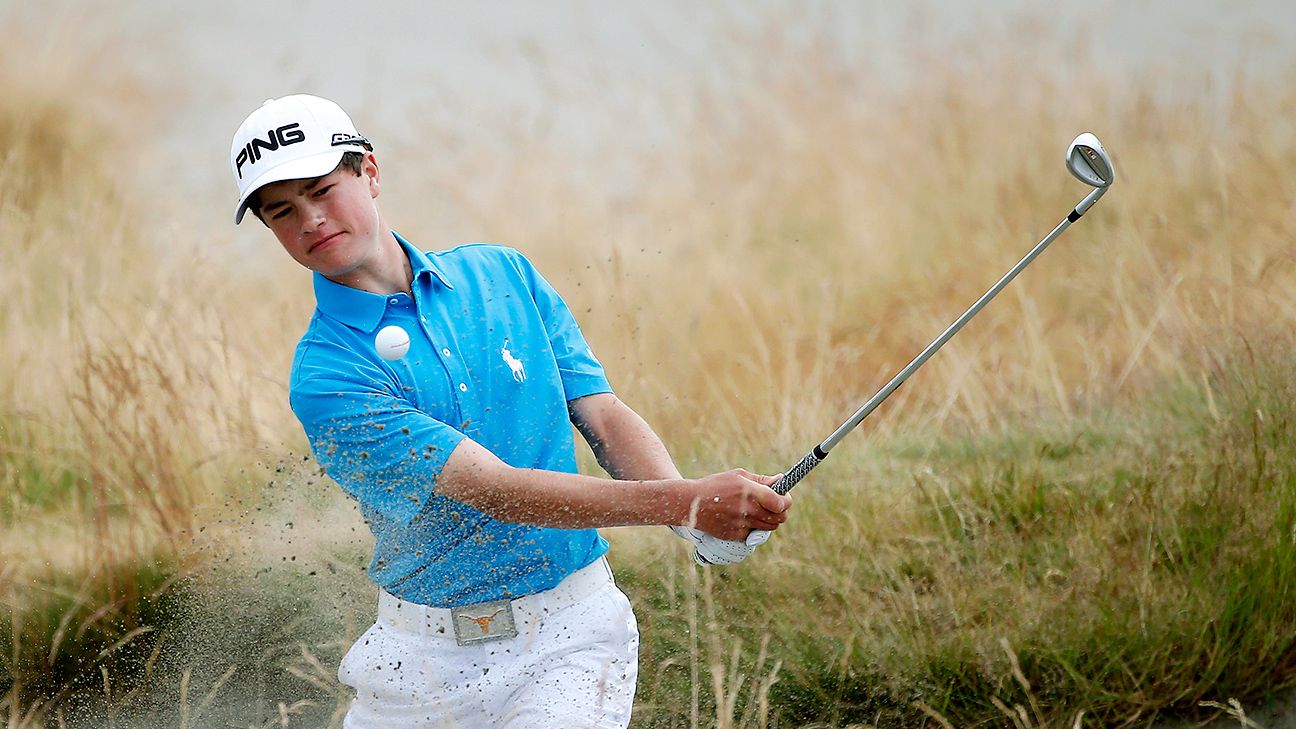 JUNO BEACH, Fla. — Cole Hammer and Ricky Castillo each won two matches Saturday in the Walker Cup and the United States took a 7-5 lead into the final day as it goes for its fifth straight victory on home soil.

Hammer teamed with Davis Thompson in the morning to win a foursomes match so wild that only three holes were halved in a 1-up victory, and then he held on to beat John Murphy 3 and 1 in the anchor singles match at tough, wind-blown Seminole Golf Club.

Castillo beat Ben Schmidt 5 and 3 in the most lopsided victory of the day.

Mark Power won both his matches for GB&I, beating Thompson 3 and 2 in afternoon singles and teaming with Murphy in the morning for a 1-up victory over Quade Cummins and Austin Eckroat.

Eckroat delivered a pivotal point in the afternoon that assured the Americans the lead.

He was 2 up through 12 holes over Angus Flanagan when the Englishman won three straight holes, including birdies on the 14th and 15th, both par 5s. Eckroat squared the match with a par on the 16th, and he regained the lead when Flanagan ran into problems on the par-3 17th along the Atlantic and made a 6.

They halved the 18th with pars for another U.S. point.

The Americans won last time at Royal Liverpool and are trying to deliver a second straight victory to captain Nathaniel Crosby. GB&I last won in America in 2001 at Ocean Forest along the southern Georgia coast. The teams will again play four foursomes and eight singles Sunday.

The USGA and R&A agreed to tweak the rules because of a stomach virus — COVID-19 was ruled out as a cause through testing — allowing teams to use alternates provided it’s for a player too sick to compete.

Mac Meissner, an alternate, joined Castillo in going from 1 down to 1 up with birdies on the 14th and 15th holes and holding on for a 2-up victory. In the anchor foursomes match, GB&I alternate Jake Bolton joined Flanagan to win the 17th hole with a par in a 1-up victory.

British Amateur champion Joe Long and U.S. Amateur champion Tyler Strafaci wound up missing both Saturday matches while trying to recover. Golf Channel reported that Strafaci was given fluids before he left the course for more treatment at the hospital.

All the foursomes matches went to the 18th hole in the morning, each side winning two matches.