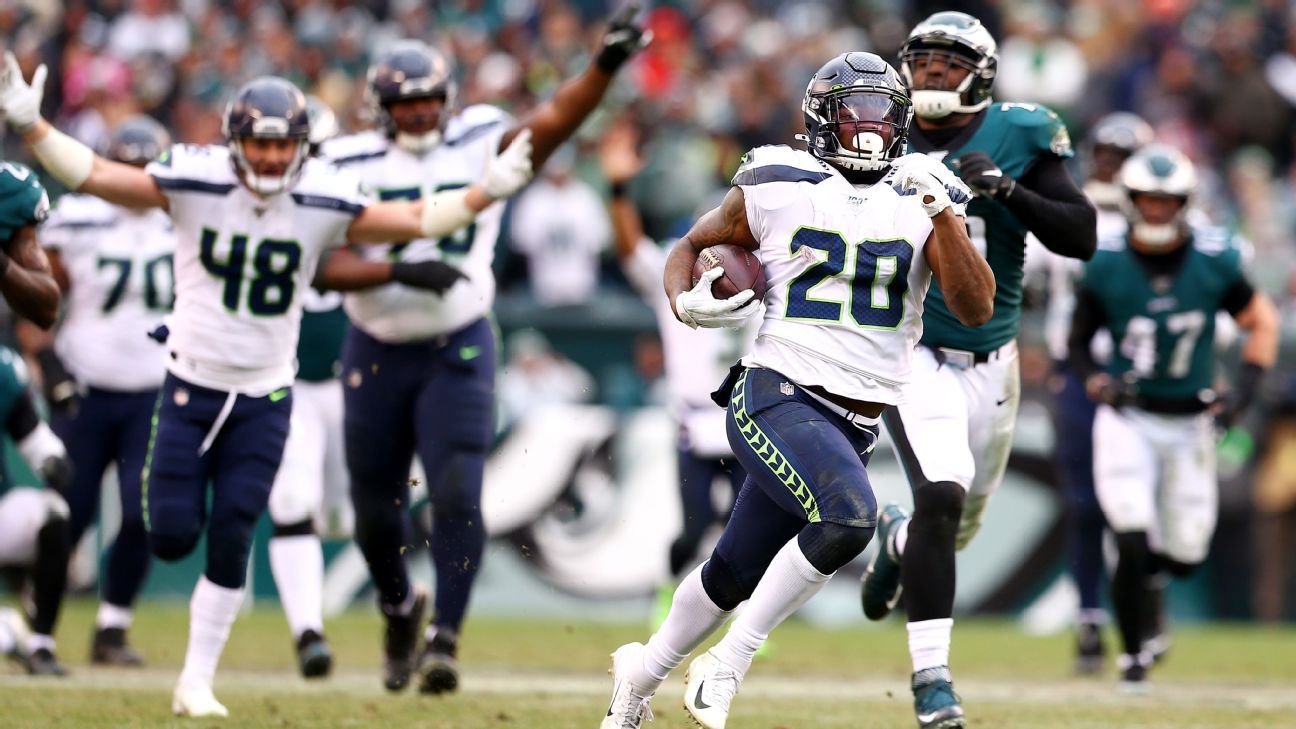 SEATTLE — The Seattle Seahawks are not expected to pick up the fifth-year option on running back Rashaad Penny, a source told ESPN.

Penny is scheduled to become an unrestricted free agent after the 2021 season.

Monday is the deadline for teams to exercise the 2022 options for first-round picks from 2018, the year the Seahawks chose Penny 27th overall out of San Diego State. Picking up his option would have locked in a fully guaranteed $4.523 million salary in 2022, one reason why it was not considered likely.

Injuries have limited Penny to 27 games over three seasons, including just three in 2020 as he spent most of the year working his way back from a torn ACL he suffered in December of 2019. He has been a backup all three seasons to Chris Carson, who just signed a two-year, $10.425 million deal to return to Seattle.

Penny was starting to emerge in 2019 with three touchdowns in a two-game stretch before he injured his knee. Over three seasons, he has carried 161 times for 823 yards (5.1 average) and five touchdowns.

The Seahawks chose Penny in 2018 over Nick Chubb, whom some in the organization preferred. Chubb has rushed for 3,557 yards, 28 touchdowns on 680 attempts (5.2 YPC) and has had two Pro Bowl nods for the Cleveland Browns.

In addition to Carson and Penny, the other tailbacks on Seattle’s roster are DeeJay Dallas, Travis Homer and Alex Collins. Penny is scheduled to make around $1.95 million in the final year of his rookie deal.

The Seahawks did not pick up the fifth-year option on any of their previous three first-round picks since the options were added in the last collective bargaining agreement. Seattle declined its options on guard James Carpenter, linebacker Bruce Irvin and tackle Germain Ifedi.