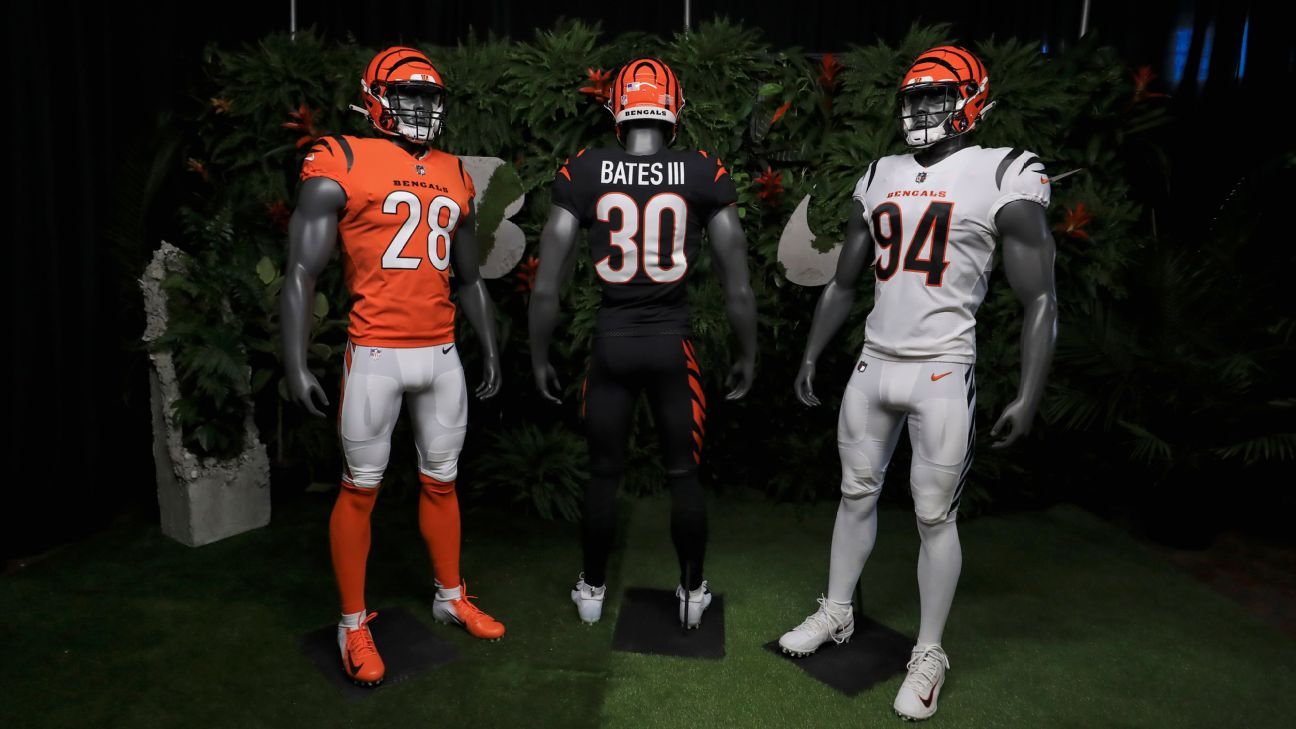 The Cincinnati Bengals will have a new look starting in 2021.

On Monday, the team unveiled its new uniforms that will be worn starting with the upcoming season. The redesign is the team’s first since 2004.

“Our fans have wanted new uniforms for many years, and today represents the start of an exciting new era in Bengals history,” Bengals director of strategy and engagement Elizabeth Blackburn said in a statement.

Blackburn headlined the jersey unveiling at Paul Brown Stadium that was the team’s first in-person media event under COVID-19 protocols. The Bengals did not make any changes to the team’s helmet, which still features orange and black stripes.

The team also tweeted out a video featuring former Bengals wide receiver Chad Johnson and current faces of the franchise.

A new look for a new era. Uniting our past with our future. https://t.co/HEDSzVBLdI @Tide | #NewStripes pic.twitter.com/uM7HMwAs7K

“These uniforms excite me,” Bengals quarterback Joe Burrow said in a statement issued by the team. “They’re cool. I think the fans will like them and they’ll be good for us.

“The guys that are here are the kind of people that are going to take this organization to where we want to go. We’re the future. It’s going to be a fun ride.”