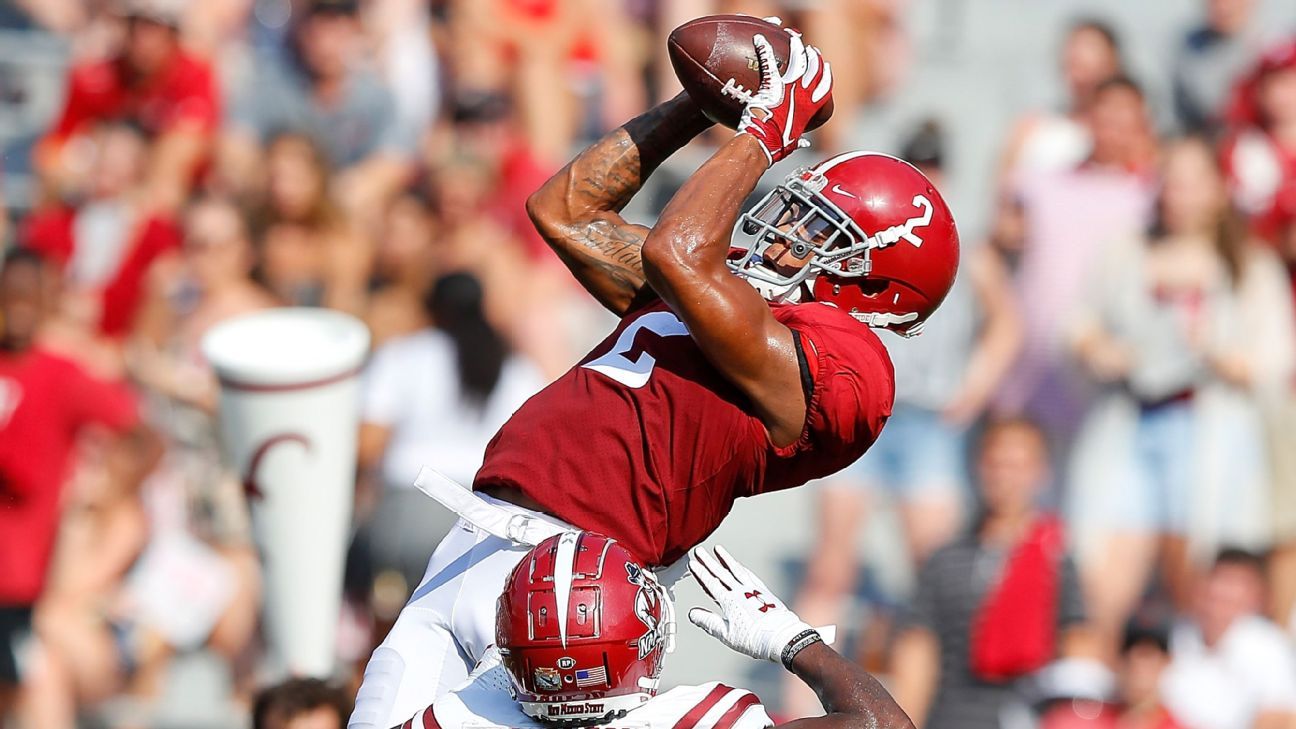 PHILADELPHIA — When it comes to the Philadelphia Eagles‘ draft-day plans, it feels like there’s another shoe yet to drop.

Step 1 was executed March 26 when the Eagles moved back from No. 6 to No. 12 overall in a deal with the Miami Dolphins that fetched a 2022 first-round pick. The Eagles will now have as many as three first-round picks in the 2022 NFL draft — capital they can use to build around quarterback Jalen Hurts or pursue another quarterback should Hurts not live up to expectations.

While the trade back likely cost them the chance to pick a playmaker like LSU receiver Ja’Marr Chase or Florida tight end Kyle Pitts (assuming one of them makes it to the No. 6 pick) in the 2021 NFL draft (April 29-May 1 in Cleveland, ESPN/ESPN App), the deal made sense from a macro perspective for an Eagles team in a state of transition. That said, they can’t afford to whiff on this year’s first-round pick.

Which brings us to a logical Step 2 in the plan: moving back up in the first round to grab one of their targeted prospects.

Let’s say they’re interested in landing Alabama cornerback Patrick Surtain II, believing he can be a critical piece in defensive coordinator Jonathan Gannon’s secondary-centric scheme. If they stand pat at No. 12, there’s a good chance he is scooped up before then — perhaps by the rival Dallas Cowboys at No. 10. That would sting. And there’s no guarantee South Carolina cornerback Jaycee Horn will make it to them, either.

The Eagles have the most picks in this year’s draft with 11, including No. 37 overall and a pair of third-rounders. There’s virtually no shot they use them all. They have the resources to move up a few slots — say, to the Carolina Panthers‘ spot at No. 8 or the Denver Broncos‘ at No. 9 — and grab a player they covet while still holding on to the three first-round picks next year.

If it’s a receiver they’re after, the same logic applies. Sure, they could sit and hope one of the Alabama wideouts — DeVonta Smith or Jaylen Waddle — slides to them, but hope is not a strategy. If they want one of them, go get ’em.

Another option for the Eagles is to package the No. 37 pick to acquire an additional first-rounder. The Eagles could entice a team in the back end of the first round to move out with a combination of picks, or even include tight end Zach Ertz — who is expected to be traded before the start of the season — as part of the deal. The Buffalo Bills, as an example, could use a boost at tight end. They hold the No. 30 pick and showed interest in Ertz earlier this offseason.

Bill Belichick has made a total of 82 draft day trades since becoming the Patriots head coach in 2000.

The next closest team is the Eagles, with 61 in that timeframe.

Outside of the players mentioned, value picks at No. 12 include offensive linemen Alijah Vera-Tucker of USC and Rashawn Slater of Northwestern, as well as Michigan defensive end Kwity Paye. While any of those picks would fit the Eagles’ credo of investing in the trenches, they each come with questions that you’d rather not have to grapple with when picking this high up: are Vera-Tucker and Slater guards or tackles at the next level? Why didn’t Paye’s production match his ability?

There are no sure things in the draft, and the hit rate for linemen is historically higher than either receiver or cornerback. But the Eagles need to walk away with a blue-chip prospect — one they’re fired up about and universally behind. Moving up is the only way to guarantee they’re successful in that venture.

They can’t execute this plan alone, of course; Philadelphia needs to find a team willing to swap picks and move back. Assuming the Eagles can find a dance partner, they have the capital and plenty of incentive to leapfrog NFC East rivals Dallas and the New York Giants, who hold the No. 11 pick, to land their guy.