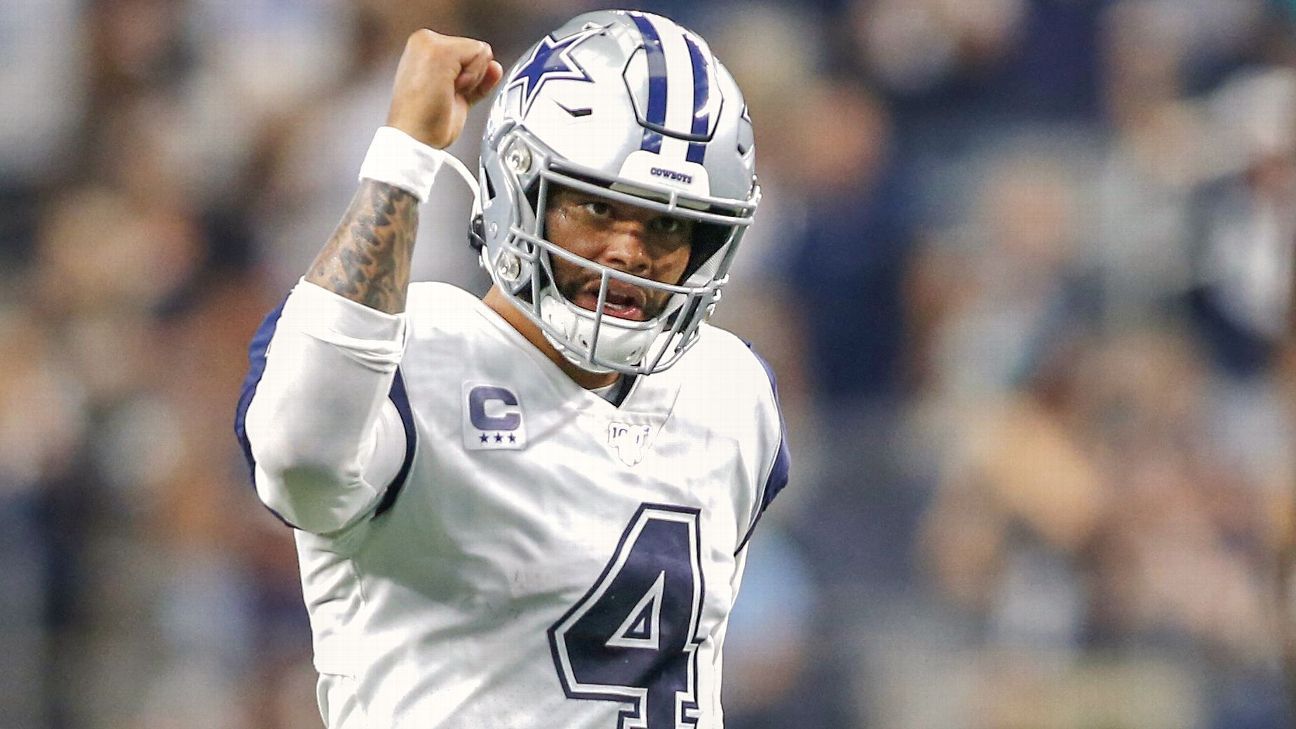 If that’s the case between the Cowboys and quarterback Dak Prescott, welcome to at least the fourth deadline in their long-running negotiations that have yet to lead to the multiyear agreement both parties say they want.

Without a long-term deal done by 4 p.m. ET Tuesday, the Cowboys will use the franchise tag on Prescott for the second straight year at a cost of $37.7 million.

When the Cowboys and Prescott’s agent, Todd France, started these negotiations in 2019, the team’s hope was to get Prescott signed during the offseason program, then in training camp and ultimately by the start of the 2019 regular season.

Cowboys owner and general manager Jerry Jones described the contract as “imminent,” early in the season, but Prescott played so well in the first three games — nine touchdown passes and a 3-0 start — a deal was no longer imminent. Prescott played the year on his $2 million base salary.

Since there was no hard deadline then, that entire process was deadline No. 1.

Deadline No. 2 was a year ago at this time. Talks between the Cowboys and France never really got going. They met briefly at the NFL scouting combine in Indianapolis on the Cowboys’ luxury bus, but there was never an indication they could close a deal before the franchise tag deadline. On March 16, 2020, the Cowboys put the exclusive $31.4 million tag on Prescott, meaning no team that would be willing to part with two first-round picks could come after him in NFL free agency.

Since it was the final year of the league’s collective bargaining agreement, there were more stringent rules in place that made it more difficult to come to an agreement, including salaries could not increase by more than 30% each year.

Then there was the issue of contract length. The Cowboys wanted at least a five-year deal with Prescott. France wanted four so his client could get to the market sooner once the new television deals were completed. That remained the top sticking point throughout the negotiations last year.

The third key deadline was July 15, 2020. Without a deal by then, Prescott would have to play the season on the tag, which he signed on June 22.

Rob Ninkovich says the Cowboys would be on the better end of a Dak Prescott-for-Russell Wilson trade.

The same issues that were in place in March, remained in July, and there were no negotiations until a few days before July 15. Maybe pride on both sides got in the way (not wanting to be the first to make a call), or maybe they just knew this was the road they were headed down because of the CBA?

In the final hours before the deadline, Prescott and Cowboys executive vice president Stephen Jones had a discussion. The Cowboys offered to move to five years, $34.5 million a year with a $50 million signing bonus and roughly $110 million guaranteed. One hurdle was the guaranteed money at signing, which was believed to be about $90 million. Sources said Prescott would have been willing to sign the five-year deal if the Cowboys were willing to write into the contract they could not use the franchise tag on him again in 2025.

But the deadline passed, so Prescott played the 2020 season on the tag, guaranteeing him roughly eight times more than in his first four seasons combined.

Individually, Prescott started 2020 strong. He was on pace to throw for 5,939 yards and 29 touchdowns. The Cowboys scored more than 30 points in four of their first five games. But they had a 2-3 record mostly because of a porous defense that allowed a franchise record for points. Prescott also had seven turnovers (four interceptions, three fumbles).

Prescott suffered a gruesome compound fracture and dislocation of his right ankle in Week 5 against the New York Giants that ended his season. Sources say he remains on pace to be a full participant in the upcoming offseason program.

Which brings us to deadline No. 4 on Tuesday.

&• How would the Steelers replace JuJu?
&• Who will back up Cowboys’ Prescott?
&• Barry has more to work with as Packers DC
&• Chargers’ D scheme to be versatile
&• All 32 free agency: Ideal fits for each team

There have been discussions between the Cowboys and France multiple sources have described as “positive,” and “good,” but it has not closed the gaps to lead to a long-term deal.

Do the Cowboys still insist on five years or would they drop it to four? Does Prescott now want a three-year deal after asking for a four-year agreement last year? The money involved seems clear. Kansas City Chiefs quarterback Patrick Mahomes‘ $45 million-a-year is at the top end. Houston Texans quarterback Deshaun Watson is making $39 million a year.

Does Prescott come in a little ahead or a little behind Watson’s deal?

Hours remain before deadline No. 4, but maybe the tag this time around would really be a placeholder to a long-term agreement and both sides would continue to negotiate, unlike a year ago.

Deadline No. 5 is the 2021 NFL draft on April 29. Without a deal by then, the Cowboys would have an obligation to at least consider drafting a quarterback at No. 10 overall because there is no guarantee Prescott will be with them in 2022.

Deadline No. 6 is July 15. Without a deal by then, Prescott would have to play the year on the franchise tag, making it more likely than ever this would be his final year in Dallas because the franchise tag in 2022 would rise to $54 million.

Maybe Tuesday finally becomes the deadline of all deadlines.