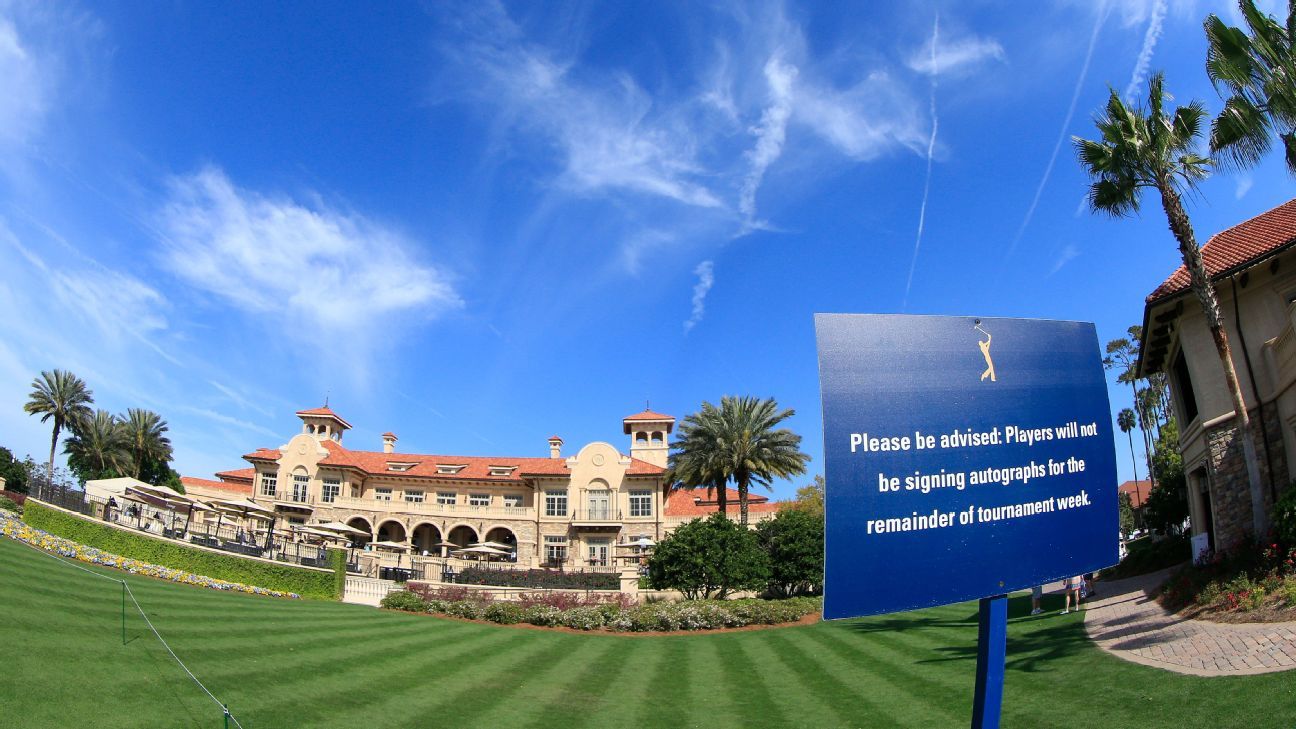 PONTE VEDRA BEACH, Fla. — One year ago, on Thursday afternoon at the Players Championship, Rory McIlroy wasn’t worried about a virus. He was annoyed.

The defending champion at the PGA Tour’s signature event, he had just opened with even-par 72, sat 9 shots behind leader Hideki Matsuyama and was staring at quick turnaround for an early tee time Friday.

His mood was about to get worse when he was tapped on the shoulder by someone carrying a clipboard. He was informed he was going to need to go with them; he had been selected for one of the random drug tests administered at PGA Tour events.

“Yeah, I made three birdies and they’re like, ‘We better test him,”’ McIlroy said sarcastically that day.

McIlroy knew the world was changing, aware of the coronavirus that had already started to cause disruptions to everyday life. Still, in this moment, his mind was on a poor round and the headache that comes with an announced drug test.

A few hours later, none of that mattered. The Players would be canceled. Sports would shut down. The coronavirus would put golf on a 13-week hiatus and the country and world in a state of turmoil that has not subsided a full year later.

Now, one of the strongest fields of the year is back TPC Sawgrass’ famed Stadium Course. Everything is far different than it was that week one year ago, a time when no one knew what was to come.

For instance, the Players went forward with a Chainsmokers concert that Tuesday in front of thousands of spectators. PGA Tour commissioner Jay Monahan did an interview touting the PGA Tour’s new television rights deal. Tiger Woods was announced as one of the next members of the World Golf Hall of Fame.

It was business as usual. On the morning of March 12, the Players started. C.T. Pan, who is from Taipei and lives in Houston, was the only one at the time who didn’t feel safe playing.

“It was a really tough decision,” Pan said later. “In my whole career, including junior golf, I’ve never withdrawn from a tournament. An example in junior golf at the Junior Worlds when I was 11, my nose was bleeding, and I still insisted to play.

“So back in March, that was a really tough decision for me, but for the safety of my family and myself, my wife and I, we think that’s the right call to put myself out early. Honestly, the Players Championship is the biggest event on the PGA Tour and a lot of people come to watch. So it [wasn’t] a good spot to be in.”

Play went on. The first round started up on Thursday, the day after NBA player Rudy Gobert tested positive and the league announced the season had been halted. The tour, though, still planned to go forward with the next three rounds, just without spectators.

“Nobody knew how to feel,” Max Homa recalled recently. “It was a little freaky.”

Meanwhile, McIlroy had gone to bed early that Thursday night, knowing he had a 7:46 a.m. tee time.

“I woke Friday morning early, hadn’t looked at a phone, jumped in the shower and got dressed into all my golf stuff, and was about to walk out the door,” McIlroy said recently. “And I looked at my phone. I was like, ‘Oh, guess we’re not playing today.’

“I was expecting it to be weird, no fans there, but still playing.”

Instead, late Thursday night, the tour changed course, opting to call off the rest of the Players and also canceling the next three events on the schedule: the Valspar Championship, the WGC-Dell Technologies Match Play and the Valero Texas Open.

On Friday, McIlroy met with reporters after clearing out his locker at Sawgrass. He answered questions about how he would handle the next few weeks. He was asked about the Masters, just a few weeks away, and how he was going to prepare for it. The question was asked, but only timidly, about whether everyone should be standing this close together while talking with him.

Not long after, Monahan held a news conference to explain what happened — how the Tour went from playing, to playing with no spectators, to finally calling it all off. He did it in a packed tent with more than 100 reporters crowded into the room.

For Monahan, it was a harrowing time. He was criticized for letting the tournament go on Thursday and plan on playing Friday even after other sports had shut down.

“We weren’t aware on Monday the information that we would have on Wednesday or the information we’d have on Thursday; everything was escalating,” Monahan said in an interview with ESPN two weeks ago. “We were trying to make decisions about the Players as well as the events the followed.

“It wasn’t until afterward that you really had time to think back about how bizarre those four days were.”

Homa, wearing a mask talking to a reporter wearing a mask, reflected on those uncertain days while knowing that the country and world is still very much dealing with COVID-19.

“On Wednesday night I was in a house with some other players and we were watching the basketball game [between the Jazz and Oklahoma City] and the news … and it felt odd,” he said. “We obviously didn’t know the gravity of it. The next day we played and then that night they canceled. I was frustrated because I wanted to keep playing. But obviously it was crazy and nobody knew what was going it. It was surreal, but it’s a time that is just seared in your brain. Nobody has ever dealt with this.”

Players scurried to all parts of the globe. Bernd Wiesberger was trying to find his way back to Austria. Some other European Tour players who have U.S. homes were unsure whether to stay or go. Adam Scott was among those who left, returning to his native Australia. He didn’t come back for four months, and then waited another month to return to competitive golf.

“I pretty much decided to go once they said the tour’s off for four weeks, and I think it was just the uncertainty of everything at that point and I felt I was prepared — if I was going to get stuck somewhere, then I was going to get stuck in Australia,” Scott said as he remembered how quickly things happened last March. “I really honestly prepared to go for six months, worst case.

“I think more incredible is we’re still sitting in kind of the same position as where we started when we restarted in June. We’re still doing the same thing. It’s quite amazing how long this has all dragged out for.”

Many things are the same, but some are different. Last week’s Arnold Palmer Invitational had between 5,000 and 7,000 fans per day on property at Bay Hill. This week, there will be fans allowed, with crowds milling around the famed 17th island green.

What it took to get here was no small task. The schedule had to be completely altered — tournaments shifted, majors moved, or in the case of The Open, entirely canceled.

“Because we didn’t have a lot of time to let these things develop, [all of golf’s governing bodies] started being honest about where we thought we could play,” Monahan said. “And talking about it in real time. We had to talk and work through all of it together.”

“I know after being on those calls, there was a lot of concern about whether we would be able to play golf in 2020 and beyond,” Jordan Spieth, who is a member of the PGA Tour policy board and was directly involved in the plans to play again, said last week. “And the plans that were put in place, the safety measures. … they got the players, but also the staff and the tournaments, to feel comfortable coming out and taking what risk there was. To bring golf back was significant.”

The Charles Schwab Classic in June wasn’t just the first golf event back; it was one of the first sporting events to return to the calendar. In the weeks that followed, golf experienced its own issues with health and safety. At the Travelers Championship, Monahan’s scheduled visit became a time to warn all involved to follow the protocols after a cluster of positives among players and caddies. He stressed the need to follow the protocols — not just for health reasons, but so that the sport could avoid another shutdown.

“We’ve got to keep doing what we’re doing because we’re still dealing with this every day and every week,” Monahan said. “We have the same mentality we had the week of June 8 [at the Charles Schwab]. I think I was a realist that we were not going to be able to do this without having some issues, without some going to test positive.

“But I have felt very fortunate every week when our tournaments ended on a Sunday night that we were able to stage that event.”

And now, one year later, they all return to the place where life changed for them, for the sport, for the world. And all the memories come flooding back.