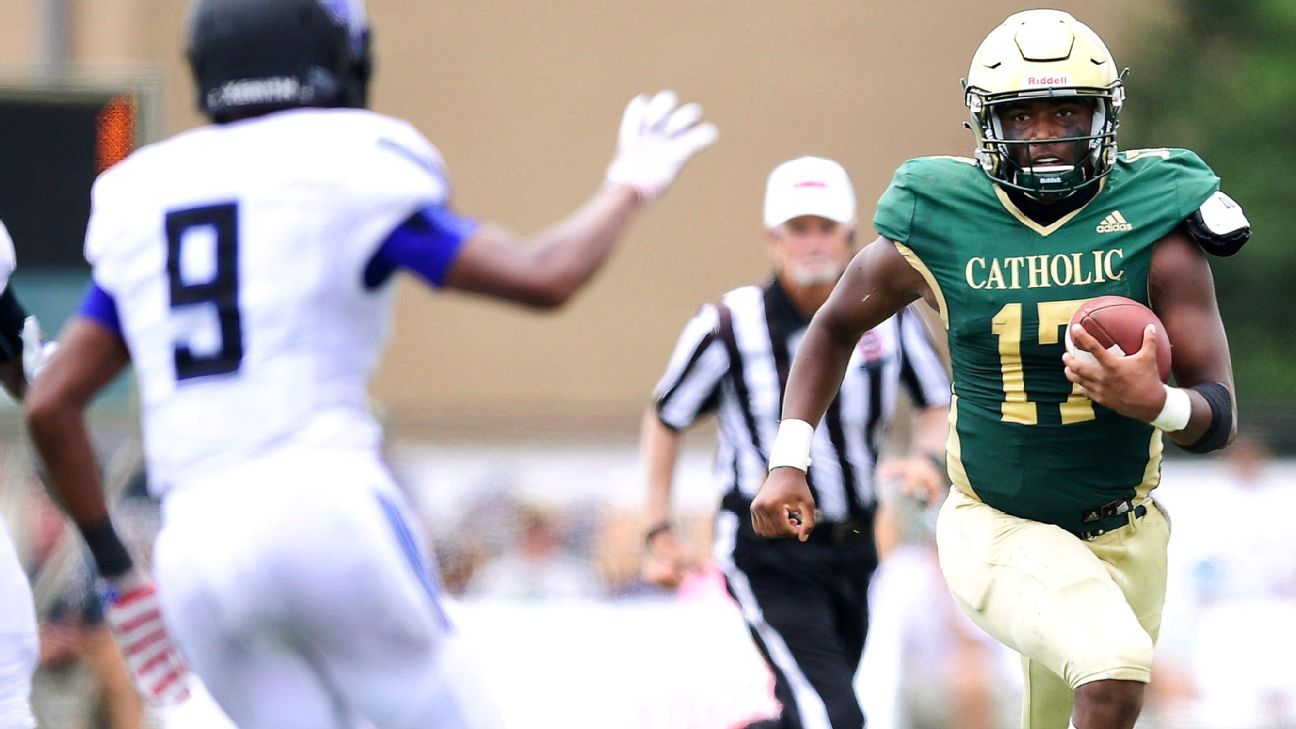 Kaden Martin, the son of former Tennessee quarterback and coach Tee Martin, committed to Miami to play baseball on Wednesday.

Martin is a 6-foot-1, 205-pound outfielder from Knoxville Catholic High School in Knoxville, Tennessee. He is projected as a prospect who could be selected in the 2021 MLB draft.

Being the son of a former quarterback and coach, Martin is also a member of the ESPN Junior 300 as a quarterback, ranked No. 296 overall. He had Power 5 offers to play football.