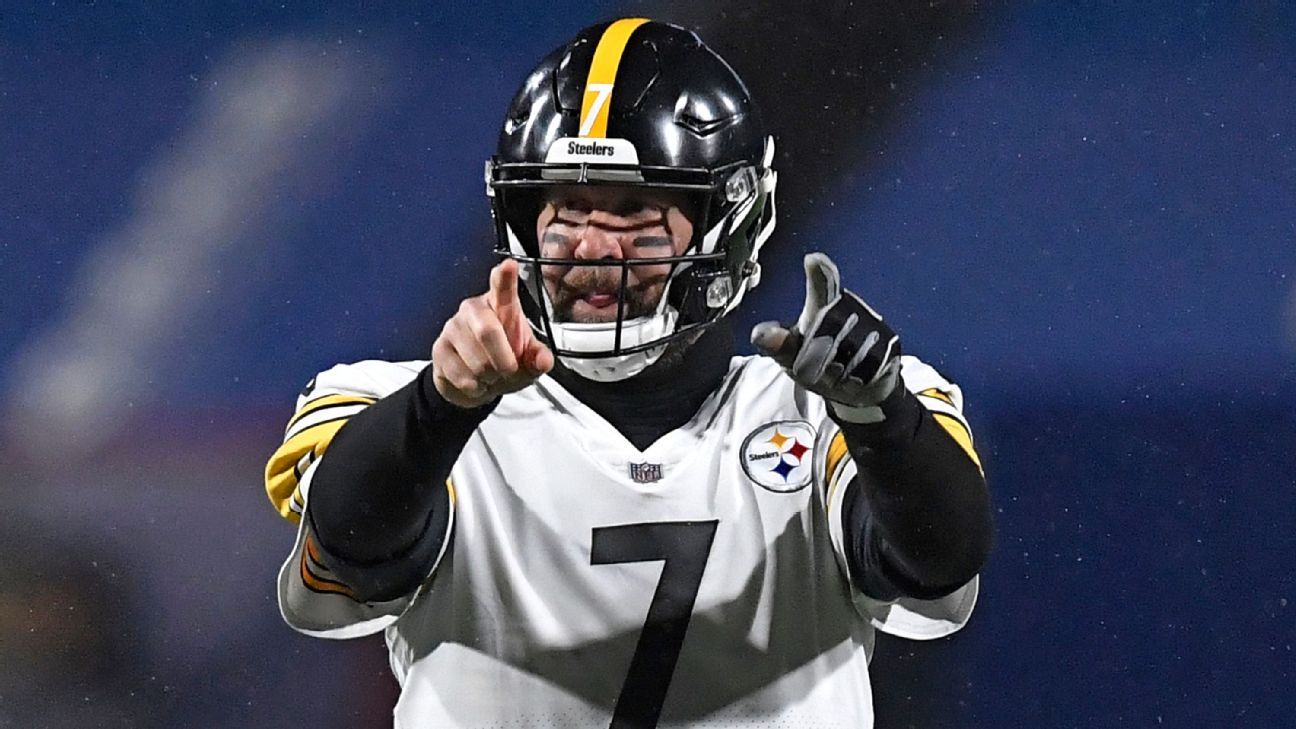 PITTSBURGH — Ben Roethlisberger is officially back with the Pittsburgh Steelers for the 2021 NFL season, the team announced Thursday.

The Steelers did not disclose the terms, but a source told ESPN’s Adam Schefter that Roethlisberger willingly reduced his pay to $14 million from $19 million in this final year of his contract and spread the cash payment through 2022. The move lowers the team’s cap hit by more than $15 million.

“It is my greatest honor to be a Pittsburgh Steeler and give my all for this organization,” Roethlisberger said in a statement issued by the team. “I am grateful to be at this stage of my career and more than happy to adjust my contract in a way that best helps the team address other players who are so vital to our success. I love this game and love to compete, and I believe in this team and my ability to deliver when called upon. It all starts with great preparation and I am ready to go.”

Roethlisberger was previously under contract for the 2021 season, although the team made it clear he could not return with the $41.2 million salary-cap hit.

“We are excited we were able to come to an agreement with Ben Roethlisberger on a new contract for him to return to the Steelers in 2021,” general manager Kevin Colbert said in a statement. “We know that Ben can still play at a high level and do special things for this team. Our goal remains the same — to put together a roster that will compete for another championship. We are happy that Ben will be one of our leaders to help us accomplish that goal.”

Roethlisberger, who turned 39 earlier this week, threw 33 touchdowns and 10 interceptions last season, his first after major elbow surgery following a season-ending injury in Week 2 of the 2019 season.

He attempted 608 passes in the 2020 season — tied for the second-most total of his career — and maintained throughout the season that his elbow felt fine and wasn’t affecting his on-field performance, though dismal halves against the Cincinnati Bengals, Indianapolis Colts and even the Cleveland Browns suggested otherwise at times.

Still, Roethlisberger still showed an ability to stretch the field late in the season, upping his average air yards per attempt from 6 yards to 8 yards for the final three games of the season.

Following the season, Roethlisberger said he hoped the Steelers would want him back if he opted to return rather than retiring. Both team president Art Rooney II and Colbert made it clear in offseason interviews and statements that Roethlisberger could not come back on his current contract, though they wanted the quarterback to return for one more season — as long as they could free up money to field a competitive team around the quarterback.

With Roethlisberger’s deal, the Steelers are close to cap compliant for the start of the new league year on March 17.

Though Roethlisberger’s restructured contract reduces his cap hit, the team still faces a difficult task in re-signing any of its 19 unrestricted free agents, including receiver JuJu Smith-Schuster and linebacker Bud Dupree.