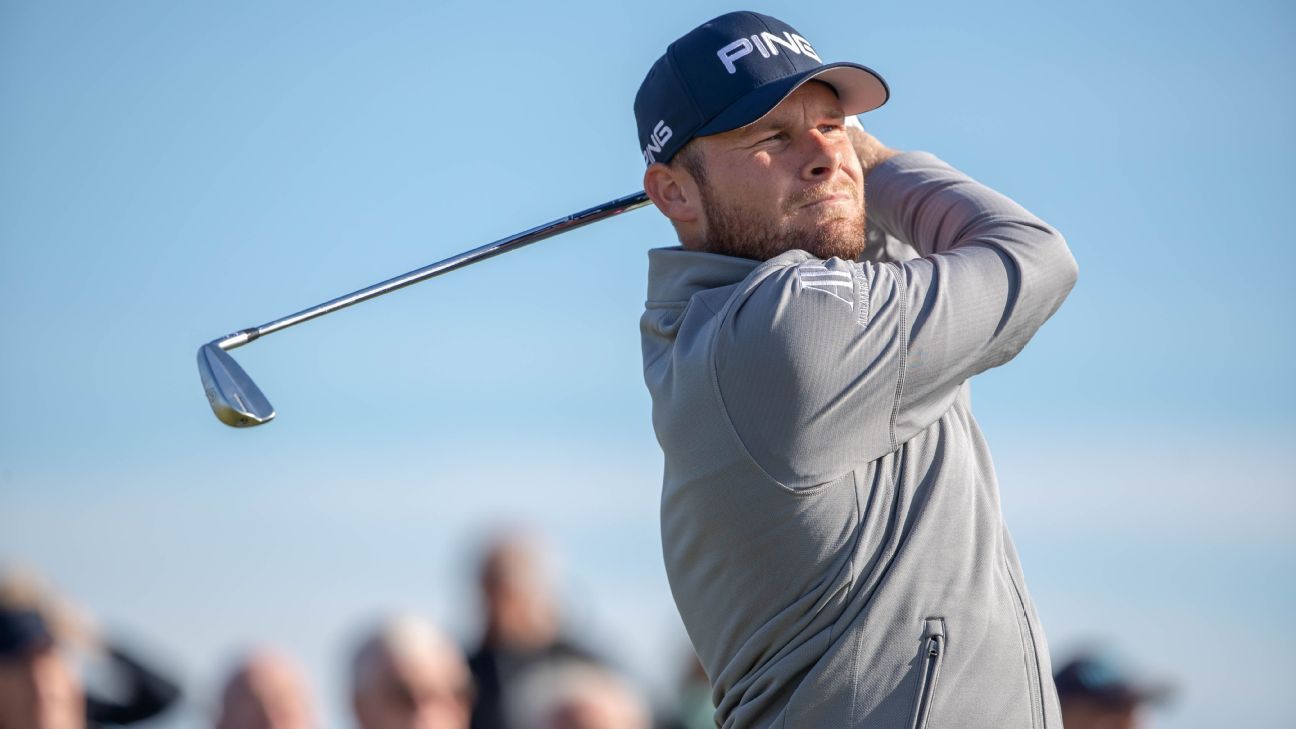 After a thrilling WGC-Workday Championship at The Concession won by Collin Morikawa, the PGA Tour now heads to Orlando for the Arnold Palmer Invitational presented by Mastercard.

Which players are the favorites this time around, who offers good odds and what props are worthwhile?

Fallica: DeChambeau rebounded nicely last weekend after a rough first round. He has a runner-up and a fourth-place finish here in the last three years, and I’m curious to see if he can build on his final few rounds last week at a place where he has had a great deal of success. Plus, you know he’s one of the few guys that will welcome a potential battle with favored Rory McIlroy (8-1).

Fallica: Reed is another one of those guys who isn’t afraid of a challenge and showed his class with a romp at Torrey. He has done OK here with a 15th-place finish last year and a T-7 in 2018.

Bearman: Sungjae was a popular pick last week at the Concession due to his good play in Florida (four top 5s in six previous events in the Sunshine state). After an opening 68, he faded to a T-28 finish. I believe people were just one week off on Im, and I like him to win this week. In two previous appearances at Arnie’s event, he has finished third both times. He won the Honda Classic in south Florida last year and, as mentioned, does great in the state. Shots gained tee-to-green is always important on this tough track, and Sungjae has averaged over two shots gained per round in his Florida events. Before his T-28 last week, he had three top-20 finishes this calendar year, something he should at least repeat this week.

Bearman: It’s only a matter of time before the 26-year-old wins on the PGA Tour. He has six international victories, a U.S. Amateur title and six top-10 finishes on the PGA Tour over the last two years. Most important, he scores high in all three areas that I look at: recent form, course history and course metrics. Fitzpatrick has finished T-11 and T-5 the last two weeks against stacked fields, coming off a T-17 in Dubai the previous month. He finished T-9 in the bad wind last year at Bay Hill and runner-up in 2019. Lastly, although he isn’t long off the tee, he is 20th on tour in strokes gained tee-to-green and 23rd in total strokes gained. Simply put, he can make shots and play with the big boys, and I expect him to break through very soon.

Bearman: It’s rare you can get this long of a price on Fleetwood, but his current form hasn’t lit up the scoreboard, allowing for the discounted number. Bay Hill is a breeding ground for European winners (only two Americans have won Arnie’s event since 2006) and Fleetwood has played well here before, with a T-3 in 2019 and T-10 in 2017. He is another player with a good Florida track record, with five top 10s in nine starts. His 2021 results look worse than they are, as he has basically had one bad round in each event, costing him chances. A strong iron game should keep him around this weekend.

Marks: Hatton is defending his title this week, and he comes in hot after shooting a 69 on Sunday to finish T-22 at the WGC last week. And his game is a perfect fit for Arnie’s track. Hatton is top-5 in strokes gained ball-striking and putting on Bermuda in his last 24 rounds, and he is 11th in strokes gained on approach, 35th from 200 yards out and 46th tee-to-green this season.

Fallica: His record at Bay Hill speaks for itself, but I can’t take the super-short win price (8-1). Like last week, I’ll take the plus money for a fifth straight top 10 here, and if any in-game win opportunities arise, I’ll consider hopping in then.

Marks: Rory finished T-6 last week at the WGC. He thrives on the Florida swing and has never finished below the top 30 at Bay Hill in six starts, including a T-5 finish last year. Metrics that will indicate he will compete this week: first in strokes gained off the tee in his last 24 rounds and seventh in par-5 birdies or better this season.

Bearman: With all due respect to Collin Morikawa, Hovland could very well have taken the WGC trophy last week had he not made a complete mess of the 18th hole on Friday. He is sixth in strokes gained tee-to-green and is playing as well as anyone. His last five finishes have been win, T-31, T-2, T-5, T-2.

Fallica: He’s not the longest off the tee, but Fitzpatrick has posted top-10 finishes each of the last two years and is also in great form, finishing fifth and 11th, respectively, in his last two PGA Tour starts.

Bearman: Anita has been touting her human ATM for weeks now, and it’s time I get on board. He is eighth in strokes gained tee-to-green, which is perfect for this course. He has four top 10s since the U.S. Open in September to go along with three additional top 20s. He just missed another this past week, but a final-round 73 left him one shot off. Willie Z continues to contend while seeking his signature win.

Marks: Im is another golfer that excels on the Florida swing. An interesting trend to note: five of the last six winners of this event recorded a top-5 finish at Bay Hill in a previous year before winning. Im finished third last year. Im is 15th in driving accuracy and par-5 scoring birdies or better, 48th in strokes gained tee-to-green, 27th in greens in regulation and 51st from 200 yards out this season.

Fortenbaugh: Fitzpatrick has finished T-13 or better in three of his last four trips to Bay Hill, including a runner-up finish to Francesco Molinari in 2019. As for recent form, the Sheffield, England native has shot par or better in each of his last eight rounds played over the last two weeks. Don’t be scared to sprinkle a little on his odds to win this thing outright (25-1).

Marks: Zalatoris missed the top 20 by one stroke last week, but I’m sticking with him yet again. This will be his first go at Bay Hill, but he does well on Bermuda grass, so I expect him to be in contention on Sunday. He is fifth in strokes gained on approach and par-5 scoring in his last 24 rounds, and he is eighth in strokes gained tee-to-green this season.

Marks: Burns has three top-10 finishes this season and has several metrics that impress. He is T-16 in putting, 17th in par-5 scoring birdies or better, 16th in greens in regulation, 28th in strokes gained on approach and tee-to-green, T-30 from 200 yards out and T-50 in proximity to the hole this season.

Bearman: A few bad holes in final round cost Burns a wire-to-wire win at the Genesis two weeks ago. His metrics line up for Bay Hill: 28th in tee-to-green and 29th in putting within 10 feet. According to the PGA Tour, Burns’ putting goes to a different level in Florida. In 31 PGA Tour rounds in Florida, Burns is averaging a ridiculous 1.31 strokes gained putting per round. Over the last five years, he is the only player to gain an average of a full stroke or more per round on the greens.

Marks: NeSmith to finish in the top 20 is one of my favorite plays this week, and at 4-1 provides sneaky good odds. NeSmith still isn’t receiving any respect from oddsmakers, and I’m fine with that. His metrics heading into Thursday: first in strokes gained on approach (fourth from 200 yards out) and second in ball-striking his last 24 rounds, first in greens in regulation, 38th in driving accuracy and 17th in tee-to-green this season. I would not be shocked if NeSmith finished in the top five.

Marks: Tringale’s game has been on point of late. He has made seven straight cuts, which includes four top-20 finishes. He ranks third in strokes gained on approach over his last 24 rounds and is 28th in par-5 scoring birdies or better, 36th in putting and T-31 in greens in regulation this season.

Marks: Bradley is a sneaky good play on metrics alone. He is second in strokes gained on approach (45th from 200 yards out) and third in ball-striking his last 24 rounds, and he is ninth in strokes gained tee-to-green, T-18 in greens in regulation, T-50 in proximity to the hole, T-39 in sand saves, 34th in driving accuracy and T-22 in par-5 scoring birdies or better this season.

Marks: Norlander’s metrics scream, “Hey, look at me!” He is fourth in strokes gained on approach and ball-striking his last 24 rounds, and he is 33rd in driving accuracy, T-25 in strokes gained tee-to-green and 12th in greens in regulation this season.

Fortenbaugh: Fitzpatrick travels to Bay Hill packing that oh-so-lovely power combination of strong recent form plus horse-for-the-course credibility. The 26-year-old finished T-5 at The Genesis Invitational two weeks ago and T-11 at the WGC-Workday last weekend to go along with a T-9 at this event last year and a runner-up finish in 2019. Casey hasn’t played here since a T-41 finish in 2017, but he has posted two top-10 finishes on tour this calendar year. However, given the relatively cheap price on Fitzpatrick, I’m full steam ahead on this bet.

Francesco Molinari (-106 at DK) over Zalatoris

Fortenbaugh: Zalatoris has been the talk of the tour since his impressive T-7 at the Farmers Insurance Open in late January, but I believe that hype creates an intriguing buy-low opportunity on Molinari, who has finished T-10 or better in three of his last four starts on the PGA Tour. Keep in mind, that’s before you mention Molinari’s history at Bay Hill, which includes a win here in 2019 as well as top-10 finishes in 2017, 2016 and 2014. Zalatoris, who is listed as the -120 favorite over Molinari in this matchup, has never played in this event, creating yet another reason to grab this cheap price on a proven horse-for-the-course.