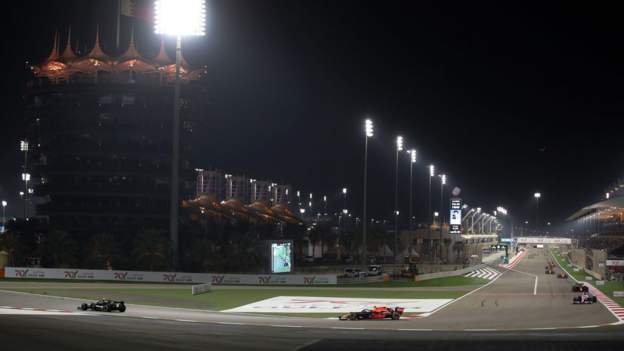 Formula 1 has declined an offer from Bahrain to vaccinate all personnel attending pre-season testing and the year’s opening grand prix.

The Gulf state said the move was part of its vaccination programme, which it was extending to events in the country.

A spokesman for F1 said the sport had no plans to be vaccinated as a group “ahead of the rollout of vaccines through the health system in the UK”.

F1 teams are expected to respond to the offer in the same way.

F1 is based in the UK – its head office is in London – and eight of the 10 teams are either situated in England or have part of their facilities there.

Stefano Domenicali, F1 president, said this earlier month: “The priority is the most vulnerable. We don’t want to jump the line of vaccination.”

Bahrain’s offer – which is voluntary – is to those F1 personnel and media who are attending both pre-season testing on 12-14 March and the season-opening Bahrain Grand Prix two weeks later.

A letter from the Bahrain International Circuit said: “Due to the timescale of this year’s F1 event, including testing, the vast majority of participants will be present in Bahrain for a three-week period ahead of the race.

“This, in turn, allows a unique opportunity to provide additional protection for those who wish to take up the opportunity in the form of vaccination.”

The vaccination being offered is the Pfizer-BioNTech vaccine, the two doses of which Bahrain said would be administered 21 days apart.