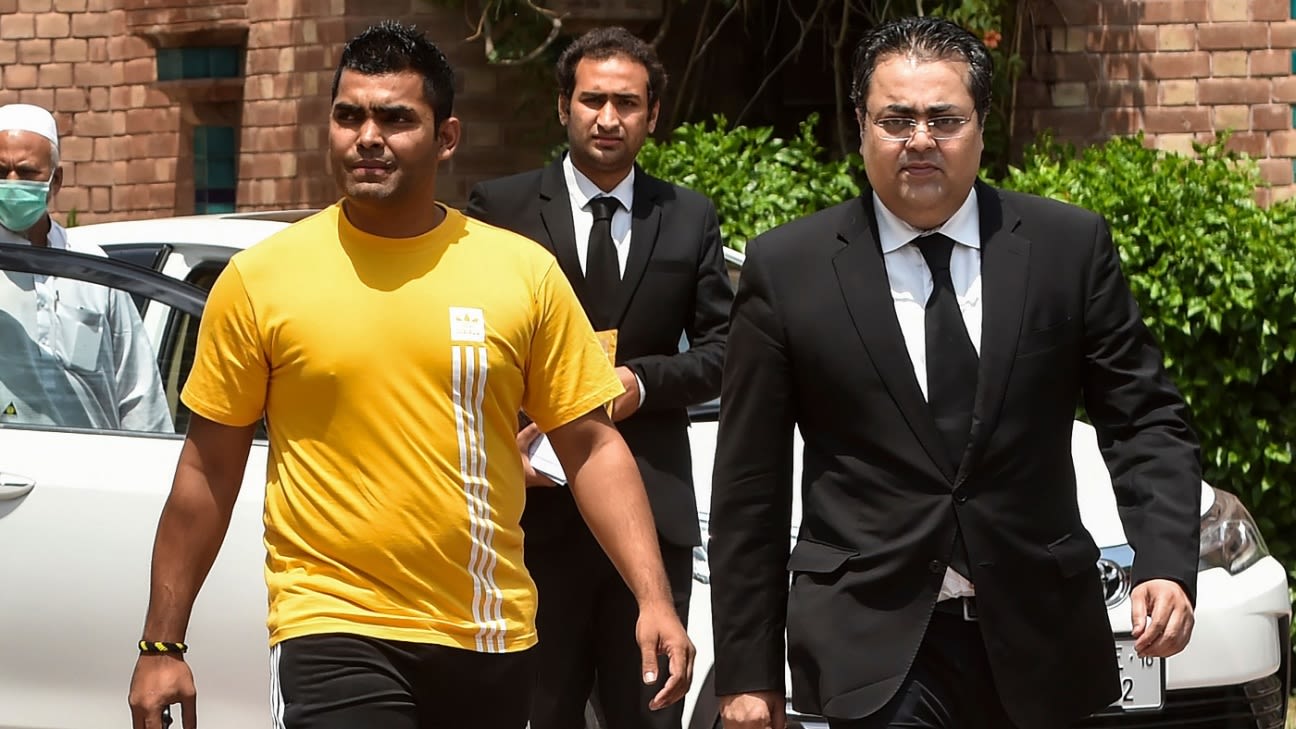 He must, however, pay a fine of PKR 4.25 million and take part in a PCB rehabilitation programme first

Umar Akmal‘s 18-month ban has been slashed by six months by the Court of Arbitration for Sports (CAS), making him eligible to return to representative cricket as the PCB had originally suspended him on February 20 last year. According to the PCB, though, the reintegration is subject to the cricketer paying a fine of PKR 4.25 million (approx $27000) and taking part in the programme of rehabilitation under the board’s anti-corruption code.

Akmal was initially suspended just hours before the start of the fifth edition of the PSL last year, after being found guilty of failing to report details of corrupt approaches made to him. He did accept at the time that the incidents that formed the basis of the two charges pressed against him by the PCB, had indeed taken place, but said the circumstances were such that they did not merit reporting. He also failed to show any remorse for the incidents and said that he was not guilty of either charge.

“They don’t have a single piece of evidence that can prove any wrongdoing,” Akmal’s lawyer had said. “The prosecution was based on a phone call, otherwise there is no document, no bank transaction or anything that can substantiate their claim”.

The PCB, however, stuck to its guns, and the decision to lodge and appeal at CAS against the reduction of the ban is understood to have been based on the board’s attempts to stress on its zero-tolerance policy against corruption concerning players.

The legal battle between Akmal and the PCB was eventually taken to CAS, where both the parties had challenged the other. Akmal wanted his ban to be lifted, while the PCB had challenged the halving of the original ban from 36 months to 18 months by their own independent adjudicator – retired Supreme Court judge Faqir Mohammad Khokhar.