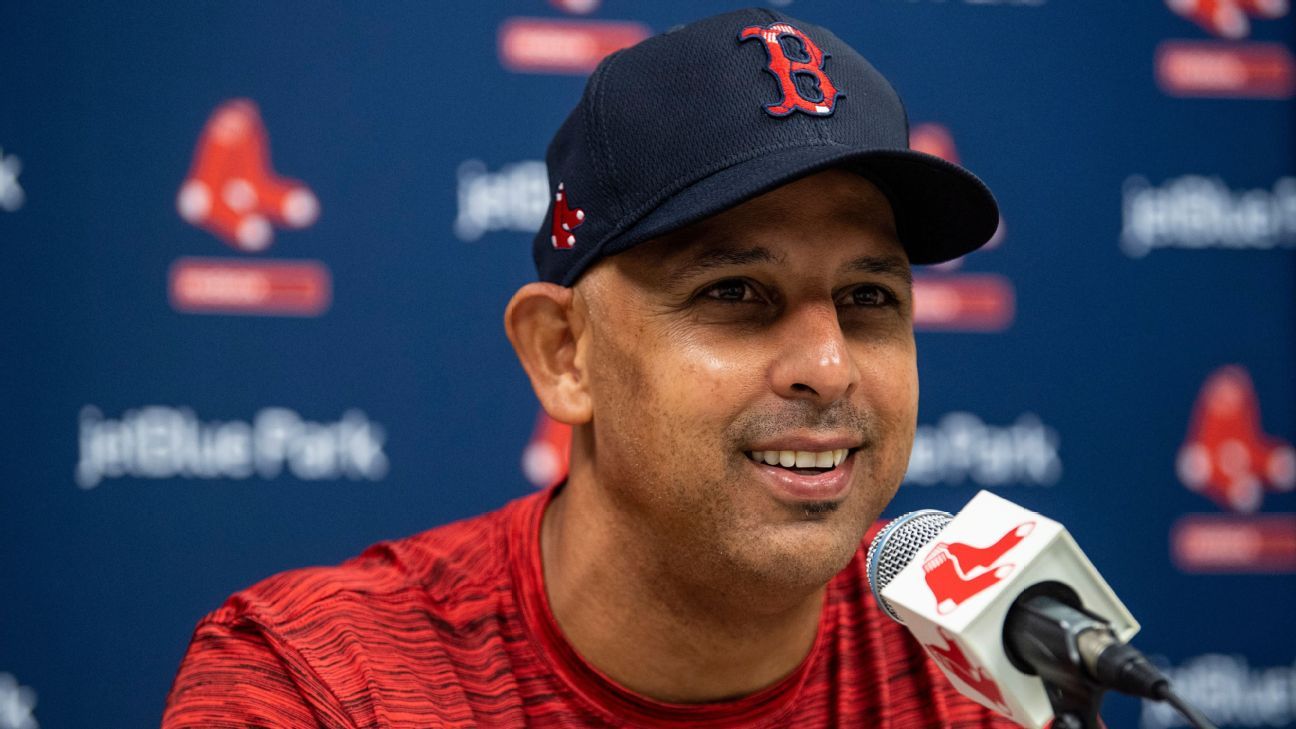 Alex Cora spent the last year on the sideline following a suspension for his role in the Houston Astros‘ sign-stealing scandal. Now, sitting back in his manager’s seat with the Boston Red Sox after the team gave him a second chance to lead, Cora is soaking in every moment of being back in spring training.

“This is where I wanted to be. This is where I’m at,” Cora said last week. “I love every second of it, and I’m not going to take it for granted.”

Cora became one of Boston’s most popular sports figures after leading the Red Sox to a World Series championship in 2018, his first season in the Fenway Park manager’s seat. When Boston fired Cora after the unraveling of the Astros trash-can banging scheme, many Red Sox players expressed disappointment that Cora would no longer be their manager.

“He’s someone that we all enjoyed playing for and I loved to just sit and have a nice conversation with him baseball-wise,” Boston shortstop Xander Bogaerts said last January. “He’ll be someone we’ll miss a lot, me especially.”

If there was doubt about whether the Red Sox clubhouse would embrace Cora following the fallout of the sign-stealing scandal, those questions were quickly answered in the early days of spring training.

“You know everything we went through, winning the World Series in 2018, I just feel happy that he’s back,” said pitcher Eduardo Rodriguez. “He’s like a father, like a brother. Sometimes I feel like a teammate when I talk to him and that’s part of the relationship that we have together and we can make it better. We will make it better.”

Even when Cora was not managing the Red Sox, Chris Sale said he maintained regular communication with the skipper, especially as he was beginning his rehab from Tommy John surgery.

When asked to describe the impact of Cora’s return to the team, Sale invoked the words camaraderie, trust and passion. Around the Red Sox clubhouse, Sale is known as a leadership figure who brings an old-school approach to the game, regularly seen wearing an “All me, PED free” t-shirt, who doesn’t speak in clichés.

“He wants to win, he does everything to better himself, the coaching staff, the team, the organization,” Sale said. “Being able to have that trust in the captain, he’s the guy running the show, he’s the guy putting the lineups up, he’s doing pitching changes and having that trust in knowing that he’s got your back to the very end.”

This year, Cora brings a season’s worth of pent-up enthusiasm and excitement about baseball he wasn’t able to channel while watching games from his couch instead of the dugout, something he hopes can help Boston avoid a repeat of 2020’s last-place finish in the American League East.

“I’m going to do it the same way I’ve done it in ’18 and ’19,” Cora said. “Confident, with conviction, and trying to put these guys in situations to be successful. This is the way I know how to do it. This is what I do, and let’s see where it takes us.”

Nice assist: NBA All-Star events to help HBCUs
Bruins’ Cassidy: Wilson’s hit on Carlo ‘predatory’
Boxing, MMA and her own PPV: Claressa Shields bets big on herself in 2021
After 50 years, Ali-Frazier I remains the fight that transcends the sport
New Zealand coach critical of timid approach: ‘Not sure we fired a shot at them’