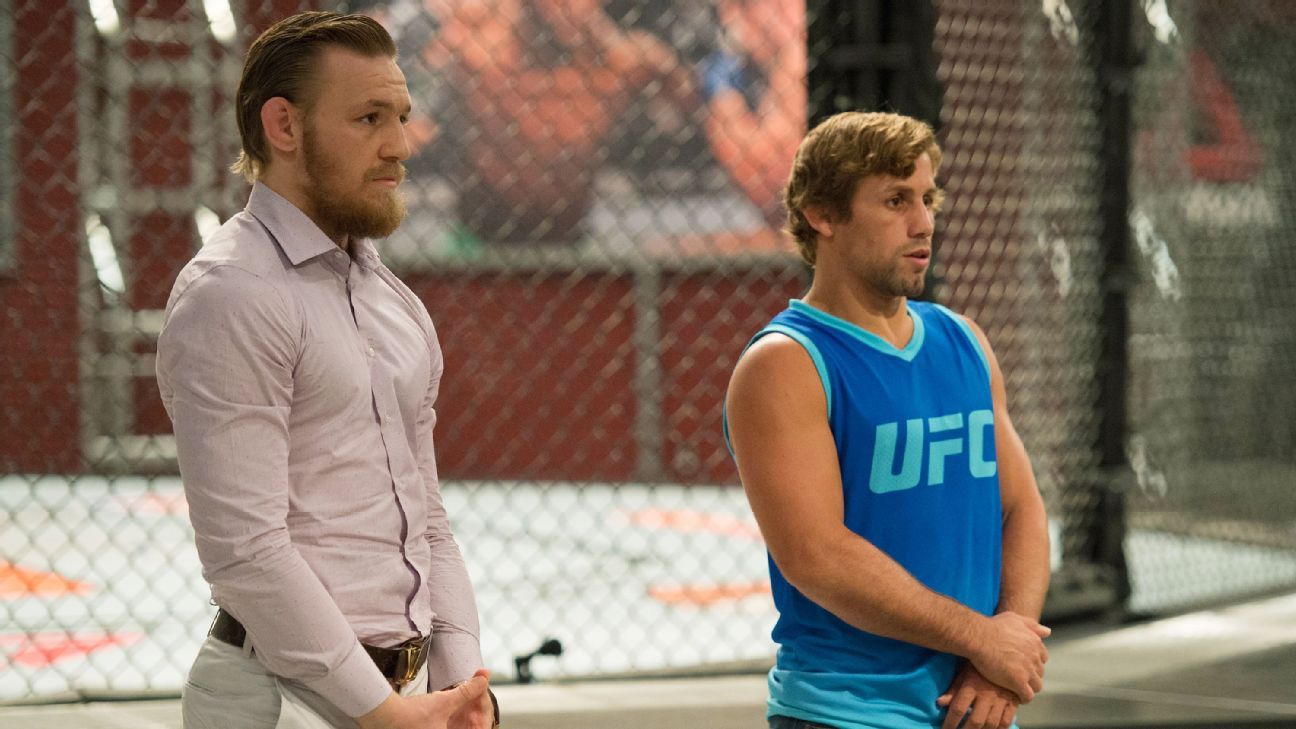 The Ultimate Fighter, the reality show that brought fighters together in a home, has a new home on ESPN+.

The reality series launched the mixed martial arts explosion around the world in 2005. Over the course of 12 weeks, 16 up-and-coming mixed martial artists fought to stay in the house while receiving world-class coaching from the UFC’s elite fighters. The winner was declared the Ultimate Fighter and earned a six-figure UFC contract.

Storyline: The UFC enters the reality television show realm with The Ultimate Fighter, which features up-and-coming fighters looking to gain a six-figure contract with the UFC.

Memorable anecdote: UFC president Dana White and musician Willa Ford serve as co-hosts of the show. This is Ford’s only season as host. White gives his “So you want to be a fighter?” speech.

More on Season 1: How the Ultimate Fighter saved the UFC 15 years ago

Memorable anecdote: In Episode 6, McGregor sounds prescient, telling Faber that guest coach TJ Dillashaw is a “snake” and only in things for himself, which starts a skirmish between the teams after Cody Garbrandt shoves McGregor. Soon after the show was done taping, Dillashaw and Team Alpha Male would have a very public breakup, leading to a rivalry that continues to this day.

Must-see fight of the season: Artem Lobov vs. James Jenkins, TUF 22 elimination round

More on Season 22: Behind the scenes with Frankie Edgar ahead of the TUF 22 finale