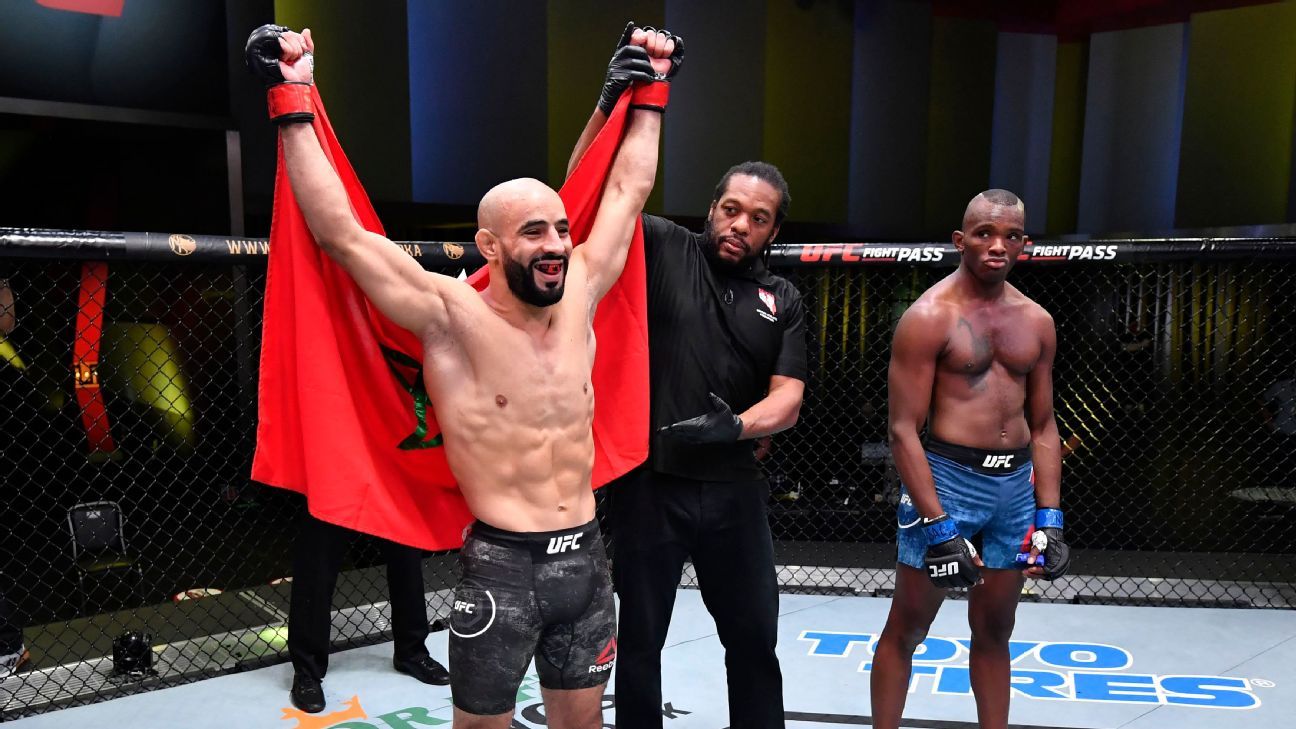 UFC cut undefeated lightweight Ottman Azaitar from its active roster Friday, just one day before he was scheduled to face Matt Frevola at UFC 257 on Fight Island in Yas Island, Abu Dhabi.

Azaitar (13-0), an exciting German-Moroccan lightweight with 10 career knockouts, was pulled from UFC 257 after committing a “violation of the health and safety protocols” at the W Hotel in Abu Dhabi. UFC president Dana White told BT Sport that his security team identified an unauthorized individual entering the fighter hotel with a wristband provided by Azaitar to deliver a bag to the fighter’s room.

White said the individual “shimmied” across multiple balconies to enter Azaitar’s room. Azaitar and his entire team were directed off the property Friday, sources told ESPN.

UFC is headed into its third live event on Fight Island in a seven-day span. All athletes, staff and media within the bubble at the W Hotel have been tested for COVID-19 multiple times and were subject to a 48-hour quarantine upon arrival at the hotel.

Frevola has been rescheduled to face Arman Tsarukyan in the prelims of UFC 257. Tsarukyan’s original opponent was forced off the card because of medical reasons.