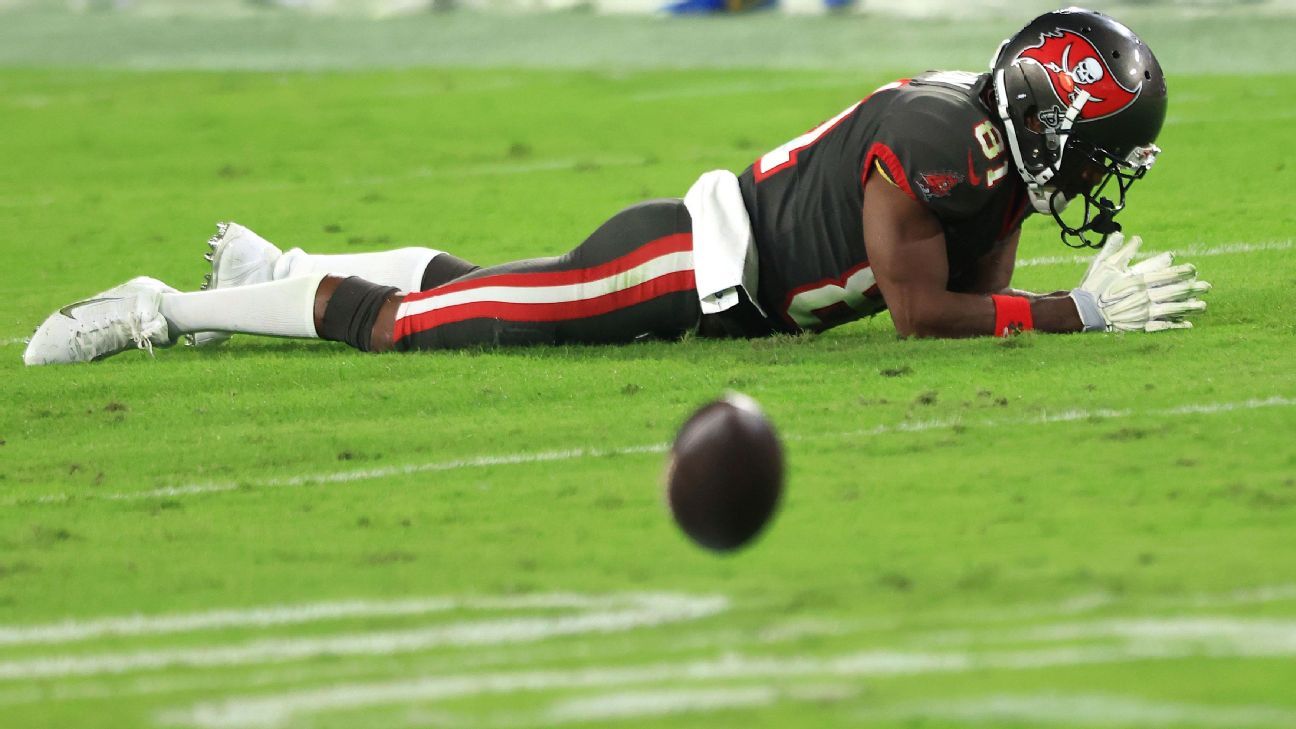 “I just talked to him this morning, and to put him on the plane and fly up there and have it swell more doesn’t make any sense,” Arians said. “He wasn’t as close as we’d hoped, so we’ll get him ready for the next one.”

Brown suffered a knee injury in the divisional playoff game at the New Orleans Saints and played only 27 snaps. He did not practice this week.

Arians had described him as “day-to-day,” but Brown wasn’t able to progress quickly enough in his healing.

The former All-Pro led the Buccaneers in receiving targets the final five weeks of the regular season and had a 36-yard touchdown catch in their wild-card win over Washington. Brown also has experience playing in two league championship games and a Super Bowl, something few other players on this roster have outside of Tom Brady.

“It obviously sucks for Antonio. We wish he could be out there with us,” Brady said. “Other guys are gonna have to step up and do the job. I’ve got a lot of confidence in the guys that haven’t been out there as much when AB’s been in there.”

“I think if you just look to last week, when Scotty and Tyler made those huge plays in the fourth quarter, the amount of trust that the coaches and Tom have in those guys just because they’ve earned it. Their performances have earned it,” Arians said. “Antonio will be missed, but we’ve got capable people stepping in.”

The Buccaneers are set to get defensive tackle Vita Vea back against the Packers, as he is being activated off injured reserve ahead of Sunday’s game. Vea returned to practice this week for the first time since fracturing his ankle in Week 5.

“He’s looked real good. He’s been running around for almost three weeks and had a real good practice yesterday and a good one today,” Arians said.

In a related move to Vea’s activation, the Buccaneers waived guard Earl Watford.

Fantasy hockey waiver watch: Top available combo forwards
‘Nobody knew what was going on’: How golf and sports stopped at the Players Championship
‘It doesn’t look like we are rusty’ – Mithali Raj ready as India end year-long break from international cricket
Rory tied for Bay Hill lead; DeChambeau 1 back
Cards GM: No rush on Fitzgerald to decide future