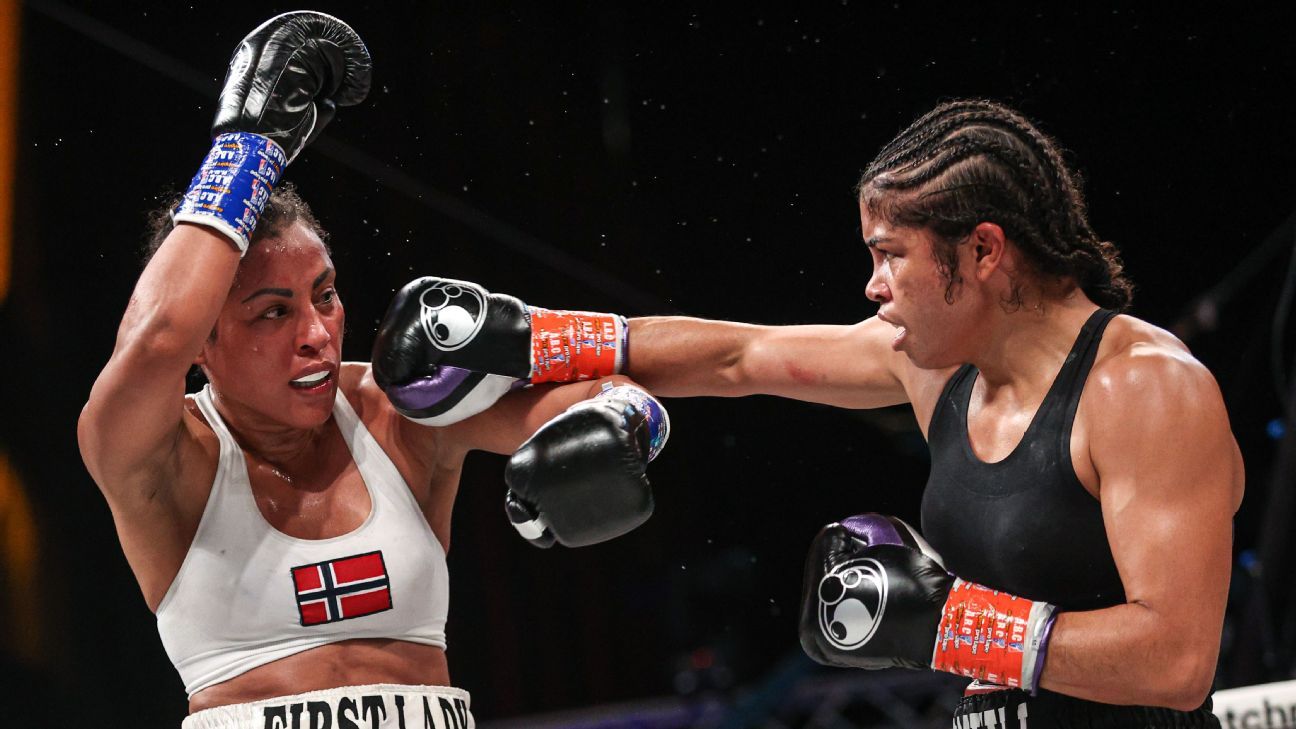 There will now be a tripleheader of title fights on March 13 on a card headlined by a much-anticipated rematch of Juan Francisco Estrada and Roman “Chocolatito” Gonzalez.

Added to the card is a rematch between Jessica McCaskill and Cecilia Brækhus for the undisputed women’s welterweight title, Matchroom Boxing announced Friday.

Said Brækhus (36-1, 9 KOs): “I’m very focused on regaining all of my undisputed belts on March 13 in the rematch against Jessica.”

Kyoguchi will be making his United States and Matchroom debut against the 20-year-old Vega (14-3-1, 8 KOs).

“I want to thank them for the chance to prove that Japanese boxing is the best in the world,” Kyoguchi said. “I am very grateful to them, and we will put everything into becoming a star in the boxing world.”

All the bouts will be fought at the AmericanAirlines Arena in Dallas in front of limited fans and aired on DAZN.