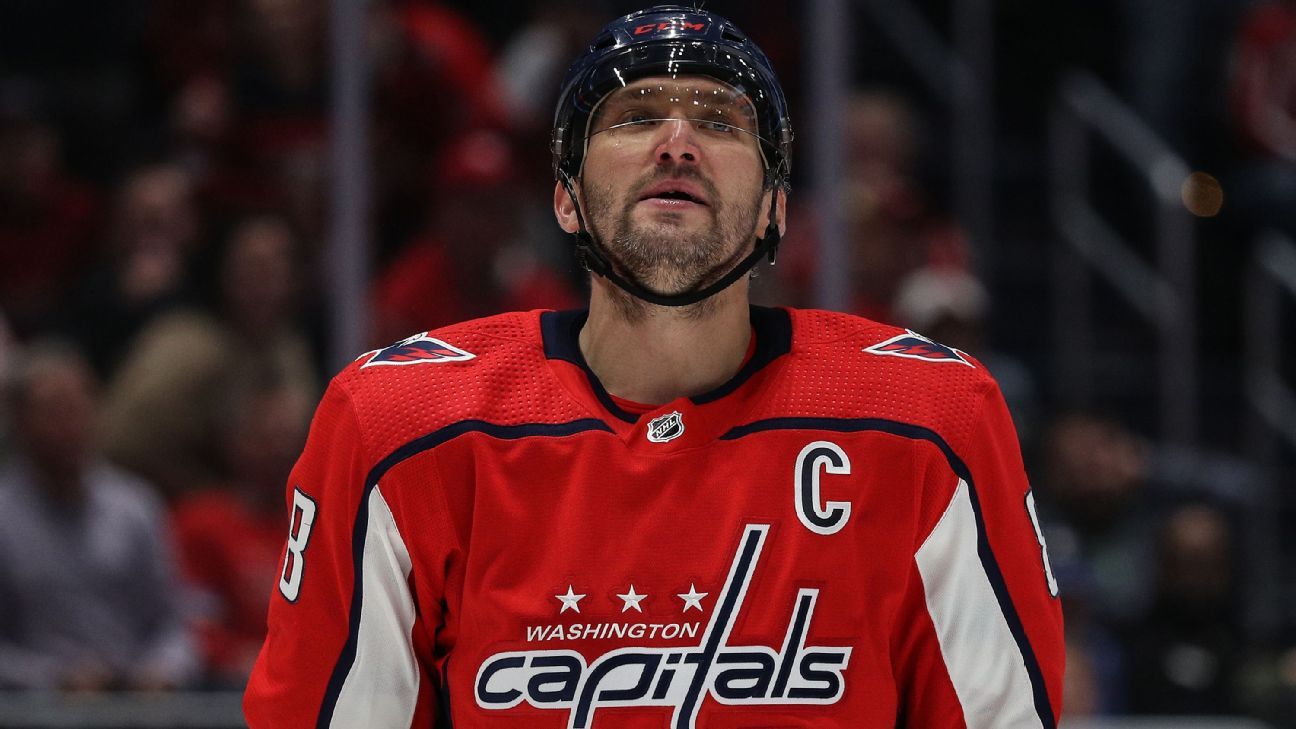 The Washington Capitals will be without Alex Ovechkin and three other prominent players for at least the next four games because of COVID-19 protocols, coach Peter Laviolette said.

Ovechkin, a three-time NHL MVP, was placed on the league’s unavailable list Wednesday along with center Evgeny Kuznetsov, goaltender Ilya Samsonov and defenseman Dmitry Orlov. Laviolette indicated there was a positive coronavirus test and the league did contact tracing.

Washington was fined $100,000 for breaking pandemic protocol for the players being in a hotel room together unmasked.

The four Russians are expected to miss the Capitals’ home opener Friday night against Buffalo and then at least games Sunday against the Sabres and Tuesday and Thursday with the New York Islanders. There was no word Thursday whether any of those games were in danger of being postponed, like what happened to the Dallas Stars and Carolina Hurricanes already this season.

The moments before and after everything changed for Tiger Woods
Sachin Tendulkar suggested MS Dhoni be India captain in 2007, says former BCCI chief Sharad Pawar
Korda, two others tied for lead at Drive On
Okla. St. AD Holder to step down after 16 years
Bruins’ Carlo will be out ‘a while’ after Wilson hit