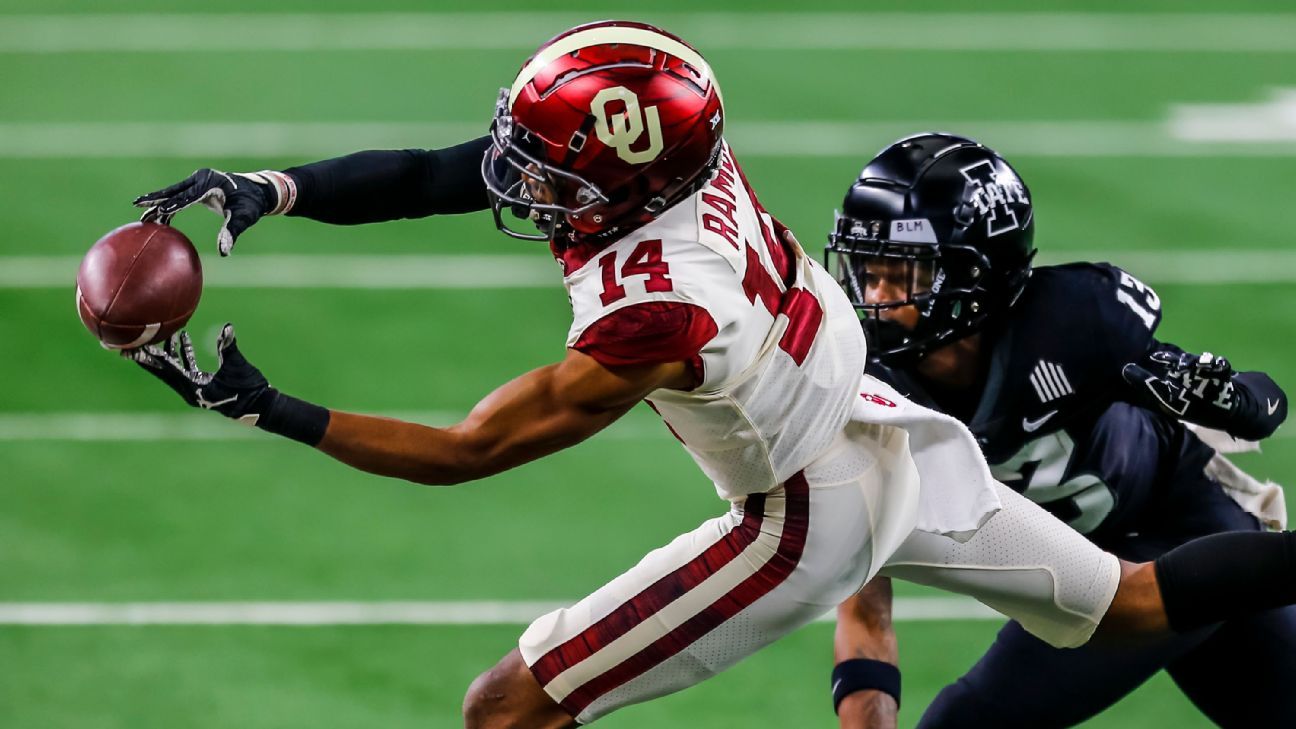 Wide receiver Charleston Rambo, who started 24 games the past two years for the Oklahoma Sooners, has joined the Miami Hurricanes as a transfer, he announced Tuesday on Twitter.

Rambo, who caught 25 passes for 312 yards and three touchdowns in 10 starts for the Sooners this season, had entered the transfer portal on Jan. 4.

“I want to thank the University of Oklahoma football team, trainers and the staff for the past 4 years in Norman,” Rambo wrote in his post on Twitter. “… I greatly appreciate all the love from fans and the people who are riding for me during this journey to the NFL.”

As a sophomore, Rambo was the Sooners’ second-leading receiver and had more than 100 yards receiving in three of their first four games. He finished the season with 43 catches for 743 yards and five TDs. As a freshman, he had a 49-yard touchdown catch against Alabama in the College Football Playoff semifinals.