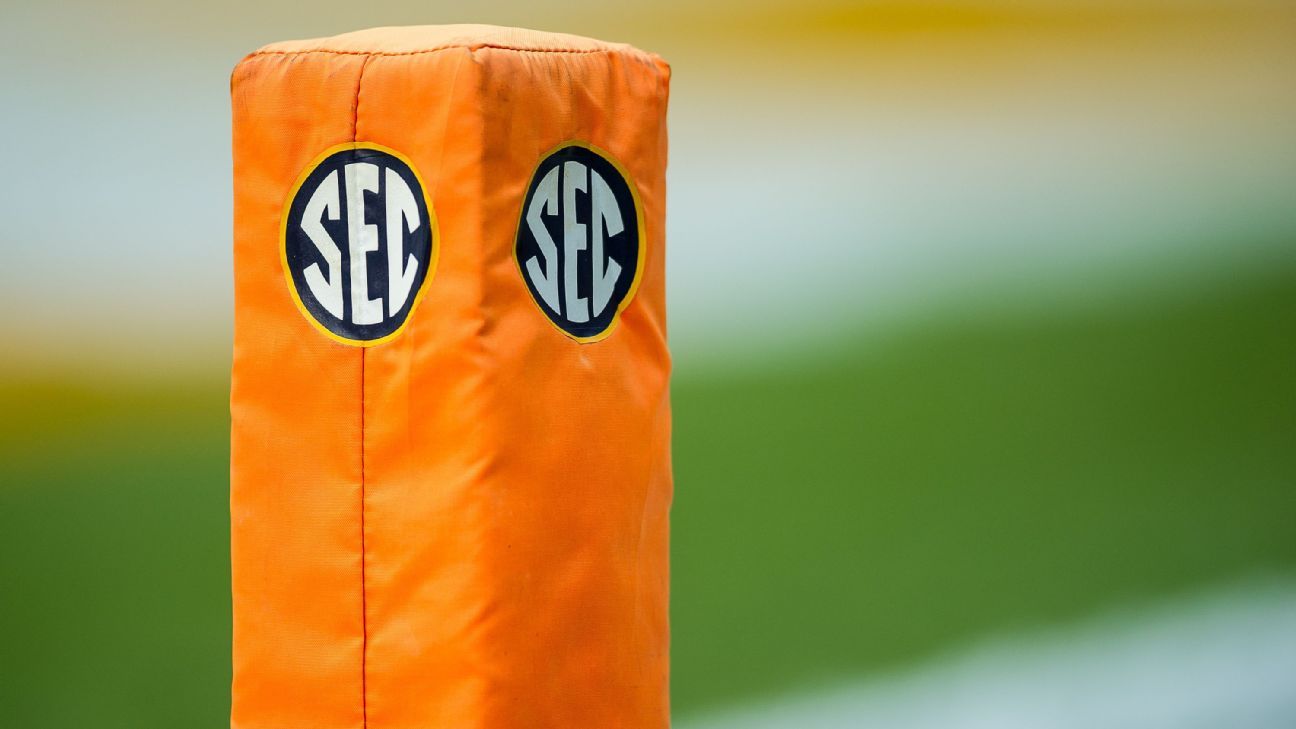 On Friday, the SEC announced a retooled slate of games for the final two weeks of the regular season, a result of postponements from earlier in the season because of the coronavirus pandemic.

The conference will play a slate of six games on Dec. 12 — a designated open date for all schools at the beginning of the season — and up to five games on Dec. 19, including the SEC championship game.

No. 5 Texas A&M (6-1) is scheduled to host Ole Miss on Dec. 12, a game that was originally scheduled for Nov. 21 but was postponed because of COVID-19 issues within the Aggies’ program. Ole Miss has paused team activities because of an increase in positive COVID-19 tests in its program and is scheduled to resume its activity Wednesday.

The Aggies’ ability to play each of their final games is a key part of their potential College Football Playoff hopes. The same applies to No. 6 Florida (7-1), which is scheduled to host LSU on Dec. 12 in a game postponed from Oct. 17. The Gators currently lead the SEC East.

No. 1 Alabama (8-0) and Arkansas were originally scheduled to meet this Saturday but have pushed their game back a week to Dec. 12 to accommodate the Crimson Tide’s rescheduled game with LSU this weekend. The other Dec. 12 games are Auburn at Mississippi State, No. 8 Georgia at Missouri and Tennessee at Vanderbilt.

In addition to the SEC championship game, Dec. 19 will see Ole Miss travel to LSU and Missouri travel to Mississippi State. Other games tentatively slated for that date are Texas A&M at Tennessee and Vanderbilt at Georgia. If Texas A&M and/or Georgia qualifies for the SEC championship game, the game each team doesn’t play in that day will be declared a no contest by the SEC.