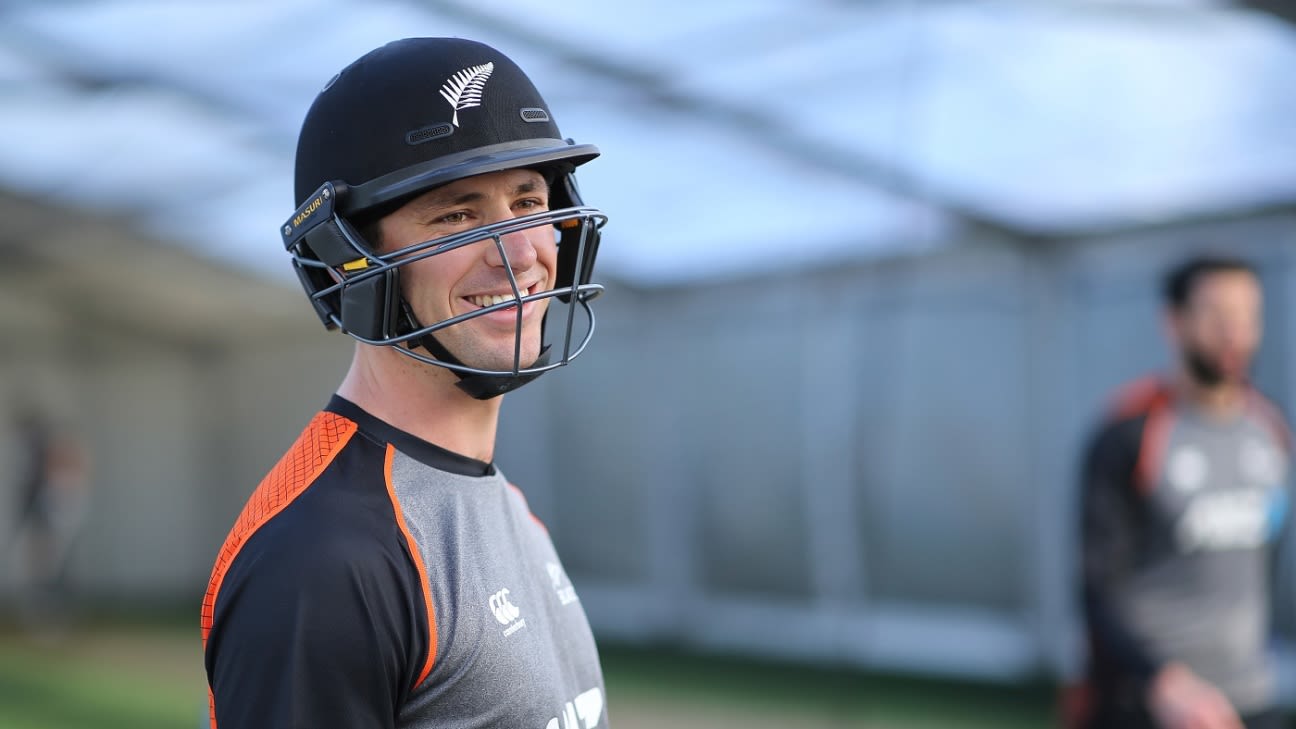 Jason Holder won an important toss and chose to bowl against New Zealand in the first Test. The pitch at Seddon Park in Hamilton was lush green, almost indistinguishable from the outfield, and the playing XIs for both West Indies and New Zealand reflected that. Both teams left out frontline spinners in Mitchell Santner and Rahkeem Cornwall, and went with a pace heavy attack.

New Zealand vs West Indies is available in the USA on ESPN+. Subscribe to ESPN+ and tune in to the series

New Zealand included Daryl Mitchell ahead of Santner, preferring the seam-bowling allrounder to the spin-bowling one. Their four seamers are Trent Boult, Tim Southee, Neil Wagner and Kyle Jamieson.

West Indies have Roston Chase’s offspin to call on, but their four frontline bowlers are also all pacers in Kemar Roach, Holder, Shannon Gabriel and Alzarri Joseph.

The first session of play was washed out due to a persistent drizzle, but the skies cleared and the toss, delayed by two hours, took place in bright sunshine.

Holder said the “grass was pretty high” while explaining his decision to bowl, while Kane Williamson said he would have chosen to bowl too. New Zealand have handed a debut to Will Young, who is coming in on the back of some good form in first-class cricket. Young’s inclusion will mean Tom Blundell takes the gloves – with BJ Watling injured – and will bat lower down the order.

West Indies didn’t include Shimron Hetmyer, who has a concussion, and have Jermaine Blackwood in the XI.