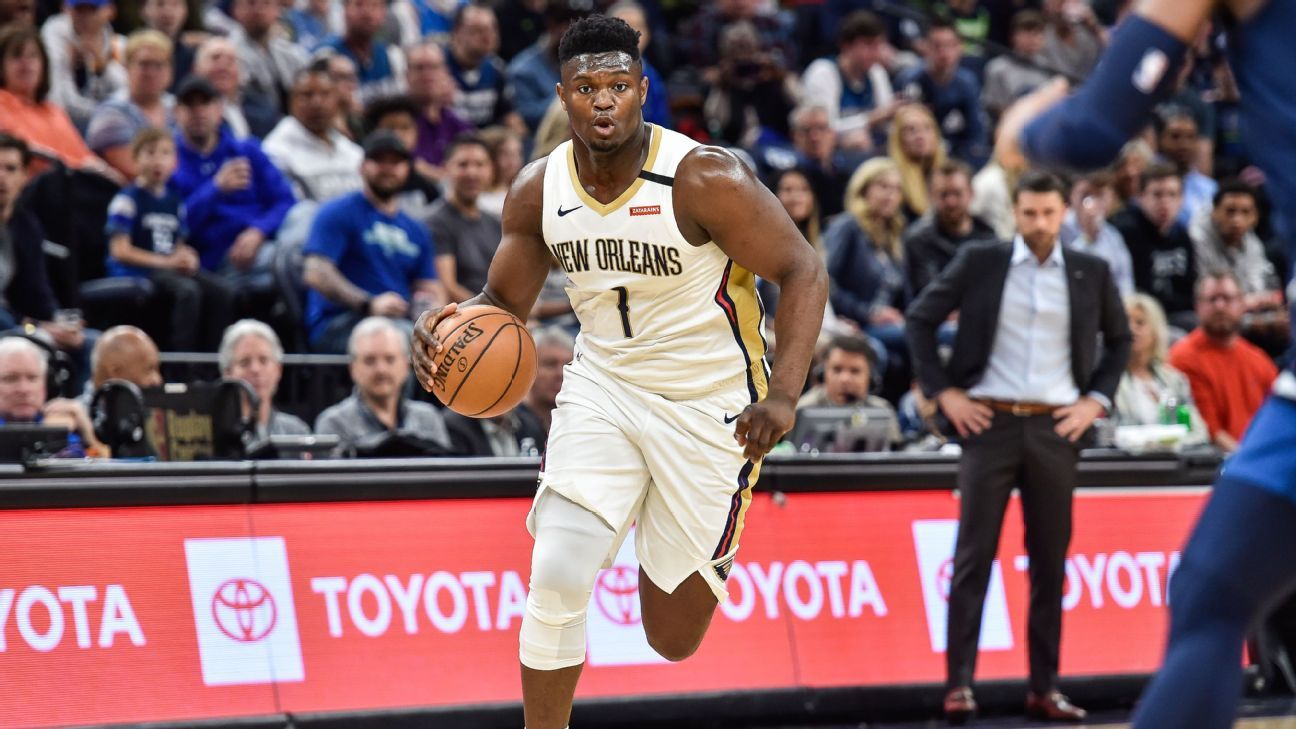 As the New Orleans Pelicans prepare for the upcoming season, all eyes will continue to be on last year’s No. 1 overall pick, Zion Williamson. The superstar prospect was last seen sitting out three of the final four games in the bubble while his averages dipped in limited playing time.

With a new season on the horizon, the Pelicans are hoping to get a much different-looking Williamson when play starts.

“Once he gets to the point where he’s healthy enough to play his game, play with the ball more, play more as a slasher and less as a post-up presence, I think you’re going to see the real Zion come to the floor,” Pelicans executive vice president of basketball operations David Griffin told reporters Monday.

Griffin was asked what sort of improvements Williamson has made in his game since last season ended for the Pelicans in August, and his answer addressed what Williamson will be able to do because of his health.

“I think it’s hard to identify the things he needs to make the most improvement on other than his availability,” Griffin said. “We’re going to need to keep him healthy and let him grow as a player.”

“Everything he did, he did at a historically efficient level. And frankly, I would tell you it’s the things he enjoyed the least on a basketball court. And he was historically good at it. That’s not a function of his improvement, that’s more of a function of his opportunity to stay on the floor and be used in those interchangeable ways.”

According to ESPN Stats & Information, Williamson was one of the most efficient rookies of all time, scoring 540 points in 668 minutes. That 0.808 points per minute average is the second-highest by a rookie in the shot-clock era (since 1954-55), trailing only Wilt Chamberlain (.811 in 1959-60).

The majority of his shots came from the paint, however. In fact, 335 of his 360 field goal attempts came from inside the paint — 93.1%. That ranked 16th in the league among players who attempted at least 200 shots, according to ESPN Stats & Information.

Griffin and new Pelicans coach Stan Van Gundy feel like Williamson could be more effective being used in a variety of ways. It’s part of the reason why they feel like bringing in a non-stretch center such as Steven Adams — and signing him through the 2022-23 season — will help the Pelicans’ offense.

“People I think unfairly look at him as a big and being limited to being a 4 or 5. When we drafted Zion, the thing that excited us the most was the positionless nature of his game. We really very much envision a time where Zion is going to be playing the 3 and defending the 3 and he’s going to be on the handle.”

Griffin said that some of the Pelicans’ most efficient lineups last season featured Williamson playing alongside another non-shooting big, Derrick Favors.

The starting lineup the Pelicans liked to employ with Williamson, Favors, Brandon Ingram, Lonzo Ball and Jrue Holiday had a +18.1 net efficiency rating last season in 282 minutes together. That was the fourth-best lineup in the league among five-man lineups to play at least 150 minutes together.

So Griffin isn’t worried about the lack of shooting chances Adams and Williamson will have.