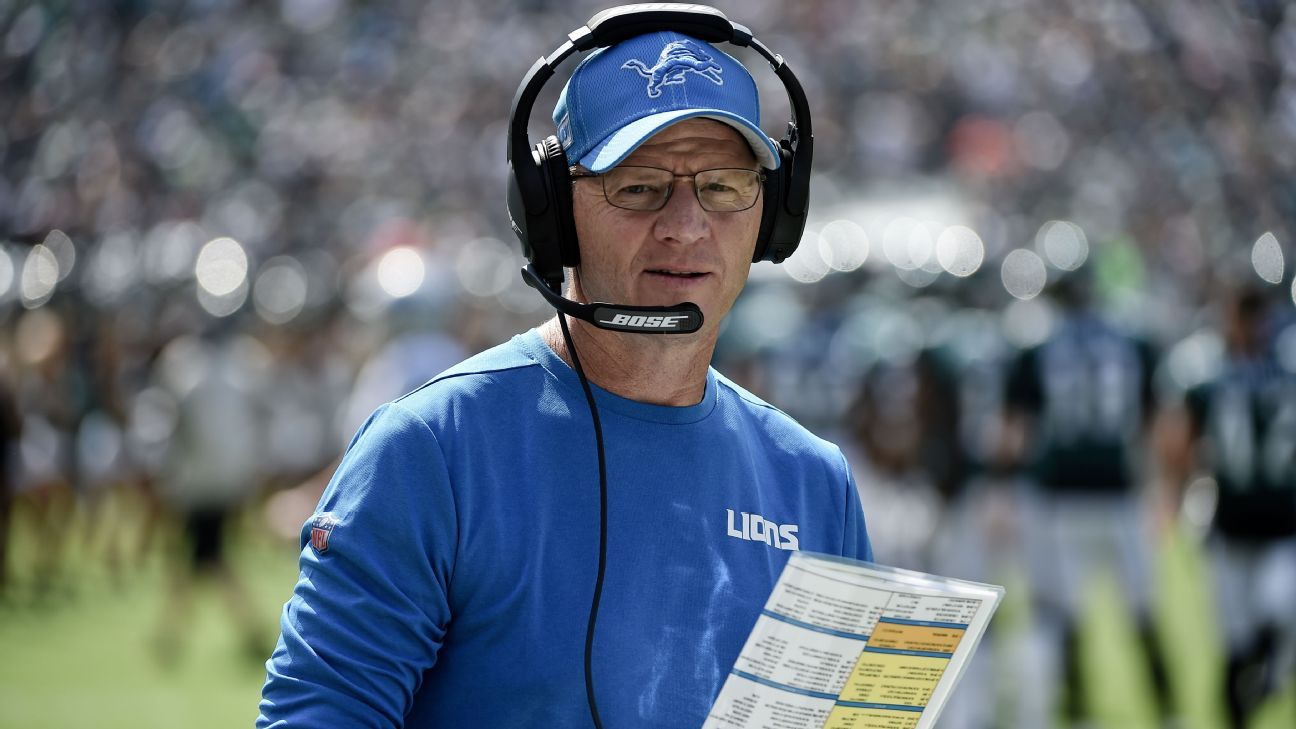 Darrell Bevell was at the Henry Ford Museum about to buy a handmade ornament for his wife Saturday afternoon when he looked down at his phone.

There was a text message from Detroit Lions chief of staff Kevin Anderson asking the then-Lions offensive coordinator to call team president Rod Wood as soon as possible. Moments later, a dream Bevell had been chasing was fulfilled.

Wood and Lions owner Sheila Ford Hamp offered him the chance to become the team’s interim head coach after they had fired Matt Patricia — a job he accepted.

“I hate the circumstances with which it happened. But it’s an opportunity and you got to take full advantage of opportunities that you’re given, however they come your way,” Bevell said Monday. “I’m jacked. I’m excited. I get a five-game audition to show what I’m capable of, but I also told them that everybody is watching them, whether it’s our team, whether it’s other teams, whether the opportunities for them to continue to play, people are watching them.

“So how are we able to react in this moment and how we’re able to bring out our best in these next five games is going to tell all.”

Bevell knows these remaining regular-season games for Detroit could determine whether he’s considered for the job full time. Bevell said Monday that Wood told him he could become a candidate for the full-time job, but even Bevell knows these “five weeks are going to be telling.”

Quarterback Matthew Stafford — who deflected questions about his own uncertain future Monday — said he knows this is an opportunity for Bevell and that “he’ll be himself as much as he possibly can.”

The 50-year-old Bevell, a former quarterback at Wisconsin, had been an offensive coordinator in Minnesota and Seattle before coming to Detroit. He had been mentioned as a potential head-coaching candidate during his time with the Seahawks.

Bevell has met with Lions players twice since being named interim coach, although not in person. The team was off this weekend following its 41-25 Thanksgiving Day loss to the Houston Texans, and then NFL-mandated COVID-19 protocols prevented them from meeting in their building Monday.

Instead, he held meetings from his home — including his first news conference as a coach from his kitchen dining area. Bevell said he still plans on calling plays for Detroit because that’s what he was initially brought in to do and he believes it’s important for the offense to have continuity. But he did hint at changes — although they might not be in the offensive or defensive schemes.

“The one thing I got to do is I got to be me,” Bevell said. “I’ve been at a lot of stops, seen a lot of different head coaches that have gone up there and there’s great things about each and every one of them, so as I was doing that you kind of try to see yourself in that role and how you would handle situations and things that are important to you and that’s what I would do. I am just going to be myself.

“I’m asking the guys to come in with a refreshed attitude ready to work, No. 1, but ready to have a good time and just let them play with their hair on fire and let them play fast, let them play free, and we’ll worry about the end result at the end. But we’re going to take it one game at a time and hopefully we’ll like what happens at the end.”

Bevell said he told the players he doesn’t care what happened in the past under Patricia — who had issues with players when he first arrived in 2018 — and that he is grateful to Patricia and Bob Quinn, who was fired as general manager Saturday, for bringing him to Detroit before last season. But throughout his almost 20-minute conversation with reporters he stressed how he wants his players to have fun.

“It’s just been a little inconsistent at times,” Bevell said. “My thing is I just wanted to be able to have a great time. It’s important to know that being able to have a good time and hard work, you know, they don’t have to be individual deals.

“I mean, you can have a great time and work hard. That’s what I told the guys and that’s what I want them to do. It’s never really been about their work. They’ve worked hard. So I’m excited to just bring that attitude for them.”