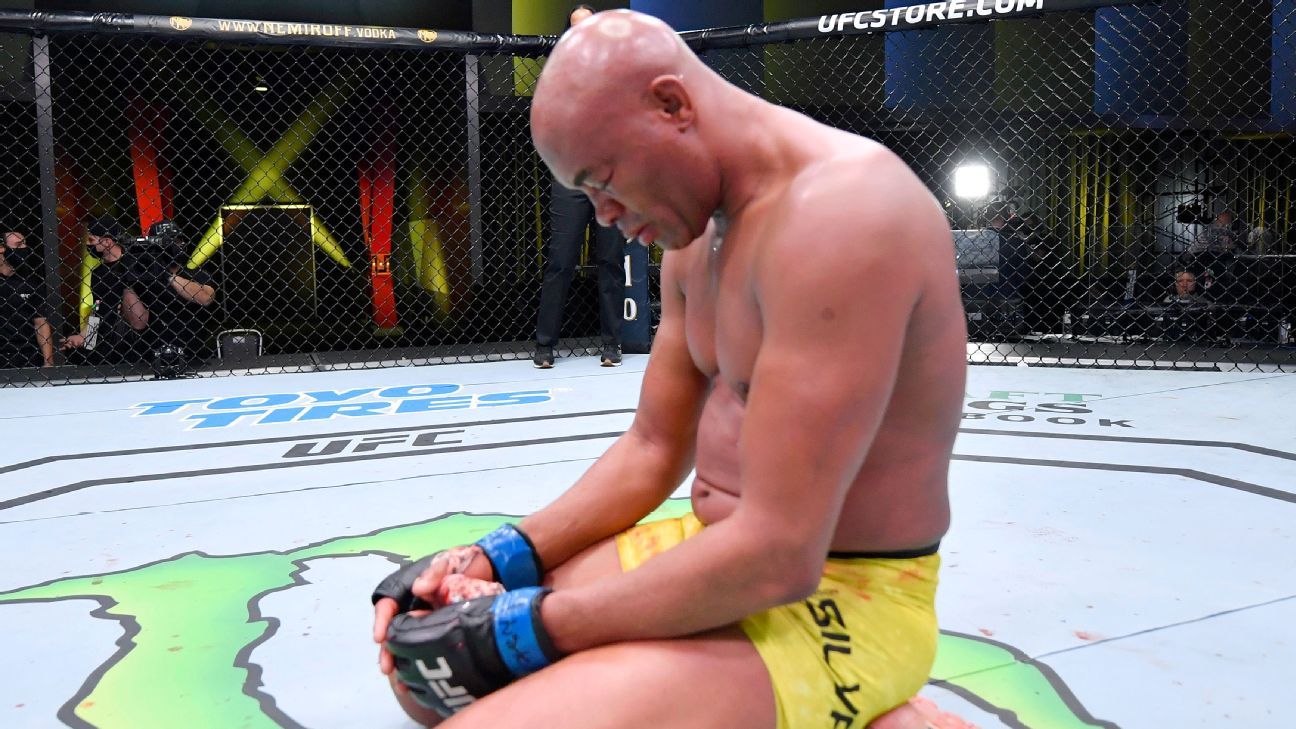 One of the greatest fighters in mixed-martial-arts history is no longer under contract with the UFC.

Silva’s loss to Uriah Hall last month at Fight Night was billed as his UFC swan song, but Silva has not yet committed to retirement. The legendary “Spider” is now free to compete for any other promotion, whether it be in MMA or another combat sport.

Hall beat Silva by TKO in the fourth round on Oct. 31 in Las Vegas. Afterward, UFC president Dana White said he didn’t think the 45-year-old Silva should ever compete again.

White reiterated those comments to TMZ on Thursday.

“First, I go back home and go see with my team and everything,” Silva said after his loss to Hall. “Let’s see, because it’s tough to say it’s my last [fight] or not. This is my air. This is what I do for my entire life and with my heart. Let’s go see.”

After the fight, White said “I made a big mistake” in even agreeing to the fight in the first place.

Silva (34-11, 1 NC) has just one win since 2012, and since then has had two positive tests for performance-enhancing drugs, though he was cleared of the most recent in 2017. Prior to the last few years, the Brazilian knockout artist had a brilliant résumé and has still only lost to top-tier fighters in the division.

Bellator MMA president Scott Coker was asked Thursday if he had any interest in signing Silva.

“I have a tremendous amount of respect for Anderson Silva, one of my favorite fighters and one of the greatest of all time, but I’m happy with our roster and the direction Bellator is heading,” Coker told ESPN’s Ariel Helwani.