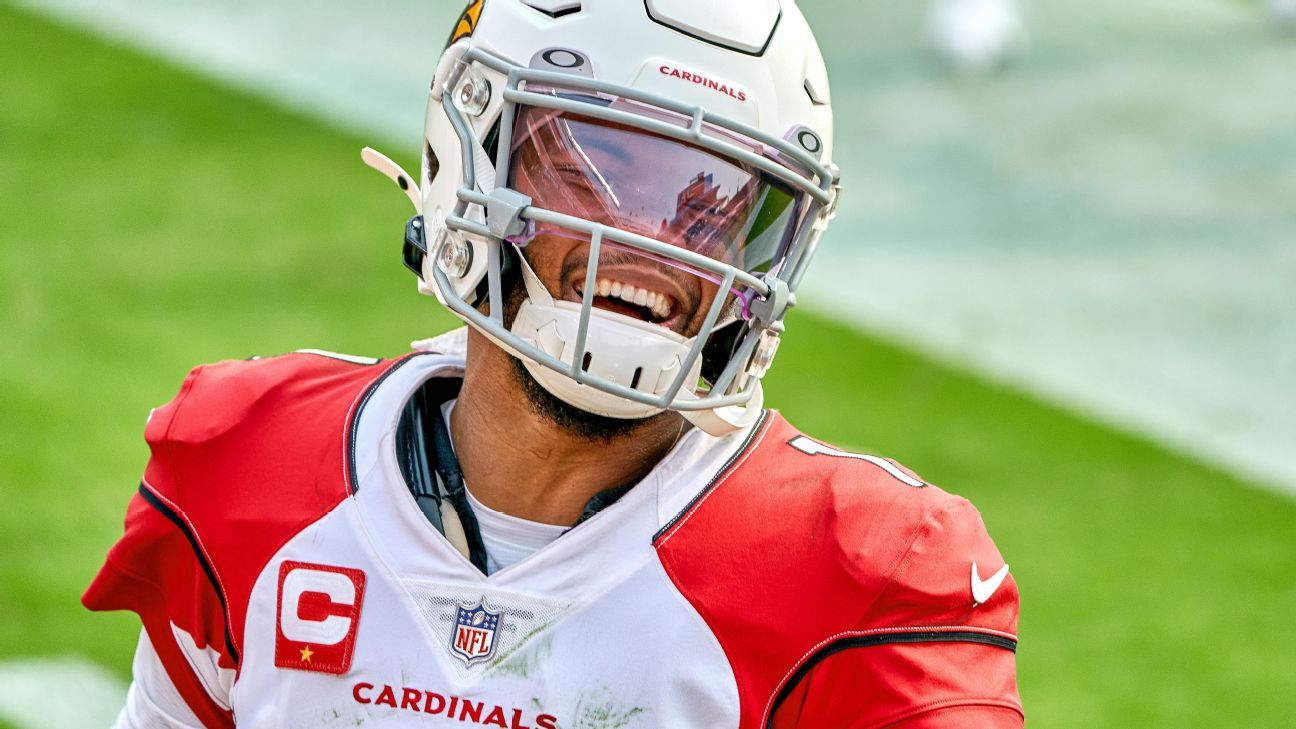 TEMPE, Ariz. — Be careful using “Hail Murray.” It might cost you soon.

Arizona Cardinals quarterback Kyler Murray has filed an application with the United States Patent and Trademark Office to trademark “Hail Murray,” the phrase that became popular after Murray’s 43-yard Hail Mary touchdown to DeAndre Hopkins to beat the Buffalo Bills in Week 10.

“The ‘Hail Murray’ deal, that’s just a coincidence,” Murray said Tuesday when asked about the play being dubbed that. “That’s never happened to me before, so that fact that it happened just fits the name I guess.”

The application is currently “awaiting examination,” according to the USPTO website.

Murray’s team filed the application on Monday, a day after the play, when it also filed a trademark application for “Murray Magic.” That application is also “awaiting examination.”

According to the application, Murray is hoping to use the trademark for “Apparel, namely, hats, visors being headwear, caps in the nature of baseball caps, knitted caps, beanie caps and caps being headwear, beanies, hoodies, shirts, shorts, sweatpants, sweatbands, tank tops, athletic shorts, graphic T-shirts, gym shorts, long-sleeved shirts, and short-sleeved or long-sleeved T-shirts,” as well as “Entertainment services, namely, personal appearances by a sports celebrity; entertainment in the nature of competitions in the field of football; instruction in the field of football; providing a website featuring information relating to the sport of football and information about appearances, accomplishments, exploits and biography of a professional football player.”

In May, Murray filed an application to service mark “Kyler Murray.” In June, he filed a trademark application. Both are currently in the “published for opposition” stage.