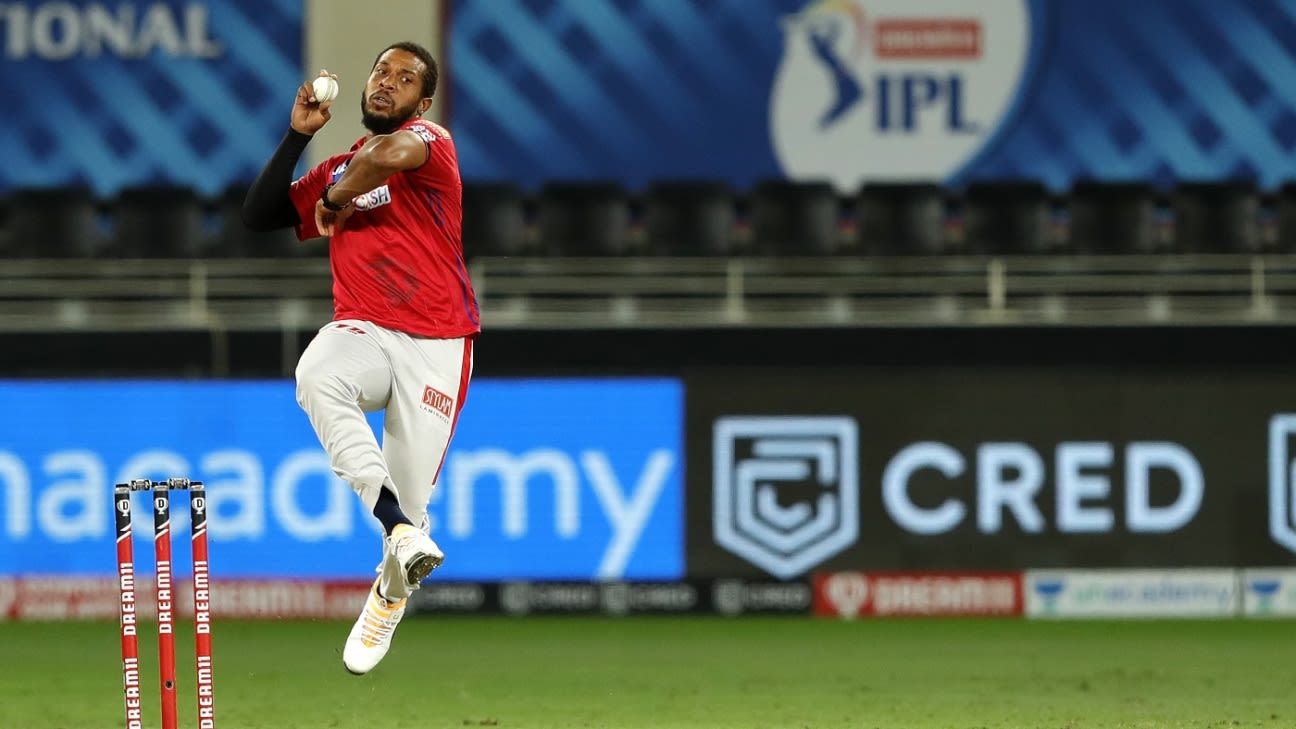 As Ben Stokes can amply attest from his most recent experience at a T20 World Cup, there are some days as a death bowler when you have no place to hide. Chris Jordan had a few of those himself at this year’s IPL – not least in his opening three outings of the campaign for Kings XI Punjab, in which he went wicketless and conceded 135 runs from 11 leaky overs.

But by the end of the tournament, Jordan had found his range to carry his team close to an improbable play-offs berth, and as he gears up for another T20I campaign in South Africa – a trip on which he may well overhaul Stuart Broad’s long-term England record of 63 wickets – he believes it is his enduring faith in his own methods that is keeping him in demand in the format.

“The more you play T20 cricket, the more I’m a big believer in sticking to your strengths and trusting them as much as possible,” Jordan said. “Some of the batters and quality hitters out there can make you doubt them at times, but the nature of T20 cricket is that, as long as you’re bowling, those kind of things are liable to happen.

“Sometimes you can go back through your spell and look at the execution and think, well, actually my execution wasn’t too far off, the batter just got the best of me on the day. So, over a period of time, I just tried to judge myself on execution as much as possible and not end result, just so I can keep my emotions as level as possible.”

Jordan’s performances in the IPL were a testament to the mental strength that, at the age of 32, he has built up in the course of a long and varied T20 career – one that has included stints in Australia’s Big Bash, the Caribbean Premier League and the Pakistan Super League, in addition to his exploits for Sussex in the Blast.

And that experience proved to be an especially valuable commodity at this year’s IPL, as he found a way to adapt his game to the uncompromising, dew-heavy conditions that prevailed the UAE, without abandoning his variations – including his trademark wide yorkers – that other fast bowlers of his ilk chose to shelve in favour of out-and-out pace.

“When I come across new players and new coaches, I’ve got pretty good at filtering information,” Jordan said. “I always try to learn something [from every tournament] and take just one thing to add to my game, to build up myself as a player and build up a profile as well.

“So, in the IPL, it was about finding different ways of bowling at the death, possibly bowling to different fields, adding one or two other things to your arsenal as well, such as a new slower ball to my repertoire.

“From that point of view, it’s great to play with other international stars, and different minds, to keep adding things to your game, and continue to try to evolve as a player as well.”

Jordan finished the IPL with nine wickets at 33.77 in as many matches, but seeing as each of those scalps came in his final six matches, including a Player-of-the-Match-winning haul of 3 for 17 against Sunrisers in Dubai, he has arrived in South Africa as one of the form bowlers in England’s line-up.

Nevertheless, Jordan still faces stiff competition for a starting berth given the wealth of options in England’s ranks – including Jofra Archer, the IPL’s newly crowned MVP, and his fellow quick Mark Wood, as well as the left-arm option of Sam Curran, whose T20 credentials have never been higher after a formidable all-round display for Chennai Super Kings.

“T20 has been talked about as a batsman’s game from inception really, so it’s just nice to see fast bowlers getting recognition and really stake a claim in in this format,” Jordan said. “So many guys were just involved in the latest IPL and doing well, as well. So the more depth and options that the selectors and captain and coach have, it’s the better for the team.”

As for the prospect of becoming England’s leading wicket-taker in the format – he needs just three scalps in the course of the series – Jordan insisted it was not something at the forefront of his mind.

“I don’t draw myself into thinking about it too much,” he said. “I just try to stay in the moment as much as possible, and play like it’s my first game every time. I’m someone that likes to stay on my toes. Keep my standards up on a day to day basis, not get too comfortable, because I feel like that’s how to bring out the best in myself.

“It’s something I’ve worked on mentally a lot to stay in that headspace. I just try to give everything I can to the team, and wickets is a part of that, runs is a part of that. I’m always happy to contribute to the team with the ball, with the bat, in the field, off the field, in any way I can, to continue to allow this team to keep moving forward.”

And with the next T20 World Cup looming in just under a year’s time, Jordan admitted the end goal of another global tournament was an exciting one.

“It’s been good being back with the group, seeing all the boys again,” he added. “The vibe, the energy, everything that this team brings is how the bubble has been so far, so I can’t wait to get started.

“If you weren’t getting excited, you’re not a human being. It’s natural to get excited, especially off the back of everything that happened in 2019 as well.

“Gearing up to a big tournament is a process, and that starts with the day-to-day running of the team. One series at a time, one game at a time, which is a lot of what we’ve focused on to get ourselves to this point.”