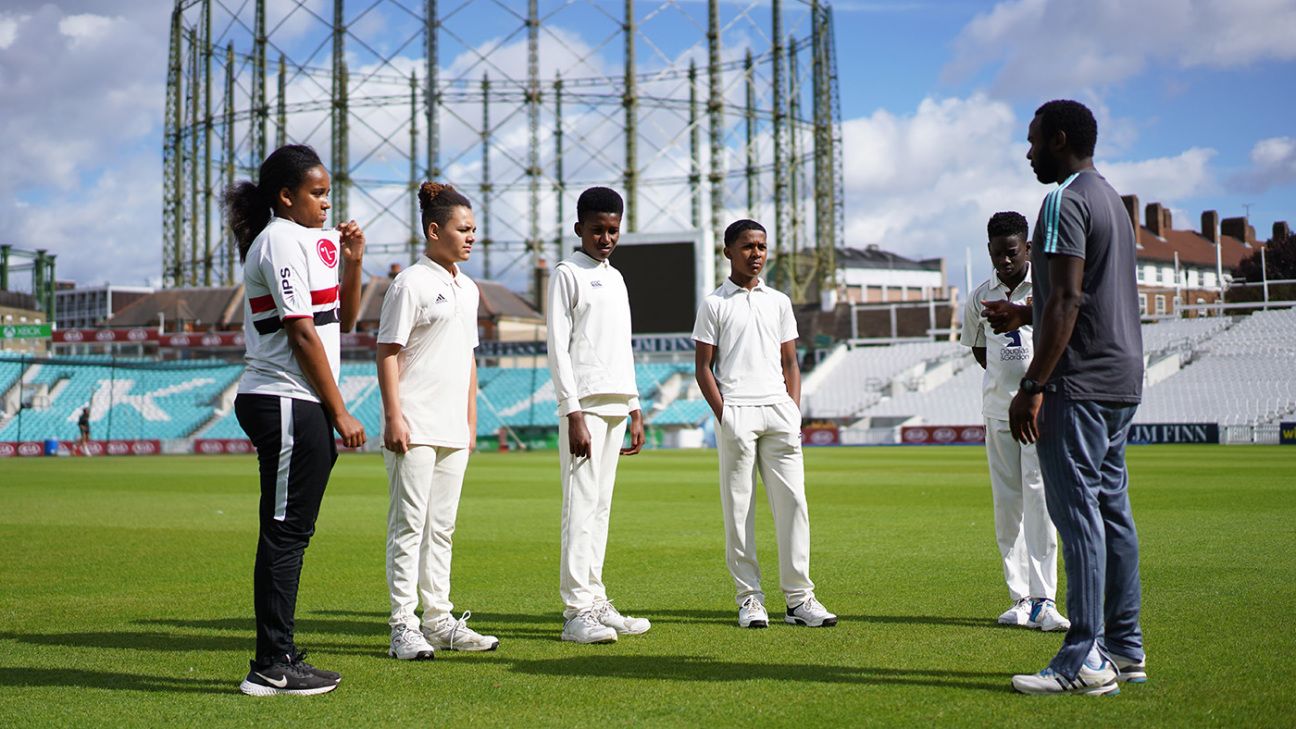 Surrey’s Afro-Caribbean Engagement (ACE) programme will become an independent charity after receiving a £540,000 grant from Sport England and further funding from the ECB.

The project was set up earlier this year by Ebony Rainford-Brent, the former England international who currently works as a board member and director of women’s cricket at Surrey and as a broadcaster for Sky and the BBC, with its stated aim to address a 75% decline in participation among black cricketers since 1995. 70 young players aged 11-18 took part in trials in March, with 25 of those graduating to a coaching programme at The Oval this summer, one of whom has already appeared for Surrey’s Under-18s.

The programme’s expansion will see four full-time members of staff employed – including Chevy Green, who has become its director of programmes – and a launch in Birmingham, in partnership with Warwickshire. It aims to build grassroots programmes and talent pathways, provide elite programmes to talented players, and develop a diverse coaching and volunteer scheme, and features several prominent names as honorary patrons and ambassadors, including Michael Holding, Roland Butcher, Sophia Dunkley, Alex Tudor and Mark Butcher.

Sport England’s backing is particularly significant, following research they commissioned this year which indicated the severe underrepresentation of young black people in cricket. Chris Grant, one of Sport England’s board members, said in a press conference at The Oval on Thursday that it had been a “no-brainer” to support the programme financially.

“It was 25 years ago that a lot of the Afro-Caribbean community lost it with cricket,” Grant said. “That was the year that there was an article with the title ‘Is it in the blood?’ was published in Wisden [Cricket Monthly magazine] asking how Devon Malcolm could really be English. That was in 1995, soon after when Norman Tebbit introduced his famous ‘cricket test’ – absolute nonsense, but it really resonated for some people.

ALSO READ: Did England waste the talents of Devon Malcolm?

“It was also the year when the West Indies toured England and some cricket grounds were really proud of introducing new ticketing mechanisms and were banning musical instruments and banners. That meant that a whole generation of West Indies supporters – English people, who were supporting West Indies – got thrown out of the game.

“For me, that rupture with cricket in the 90s was painful. I don’t want to put too much pressure on ACE, but I hope and believe that one of the consequences of this work will be to repair some of those relationships.”

While the programme will initially launch in London and Birmingham, Rainford-Brent revealed her ambitions to have expanded its reach to five cities in total within the next three years, if further funding can be generated, with Manchester, Nottingham and Bristol lined up as likely options.

Warwickshire’s involvement is also notable, not least after the club fielded an exclusively white playing XI throughout the Bob Willis Trophy this season, despite being based in one of the UK’s biggest and most diverse cities.

“We need to make sure that we hold a mirror up to the club, both in terms of the playing staff and people working at the club, that it represents all of the community around Edgbaston,” said Stuart Cain, the county’s chief executive. “Being honest, we’re not there yet, and this is one of the first steps we’re taking to try and address that.

The programme’s launch comes at the end of Black History Month, and immediately after a cricket season in the UK which saw several prominent figures – including Rainford-Brent – provide testimony about their experiences of racism within the game, following the death of George Floyd in police custody in the United States.

In August, academics at Leeds Beckett University including sociologist Dr Thomas Fletcher published figures showing that in the 2019 season, only 30 out of 362 male county cricketers were from BAME backgrounds (excluding overseas players), while only two out of 118 managers or coaches in the men’s county game were black.

ALSO READ: What has English cricket been like for black players?

Fletcher, whose research previously informed much of the ECB’s South Asian Action Plan, launched in 2018, said that it was vital that the ACE programme had involved a group of ambassadors and honorary patrons who were prominent black figures within the game.

“That makes a clear statement that this is a group of people who understand what it is like to be black and who understand the barriers faced by the community collectively,” he told ESPNcricinfo. “Networks are key too, even if it’s not a formal thing.

“If most parents say that a child can’t get a trial at 6pm for some reason and want to rearrange, the scout or coach will tell them to piss off. But if Ebony, or Alex Tudor, or Michael Holding rings someone and asks them to find time and tells someone ‘this kid deserves an opportunity’, they’re going to be listened to, and that is absolutely a positive thing.

“That is why it’s so important that these pilot tests are part of a wider strategy, which is resourced appropriately. What we don’t want is just a couple of case studies saying ‘this person has been picked up by so and so’ and for it to lose traction. You want it to become a movement.”