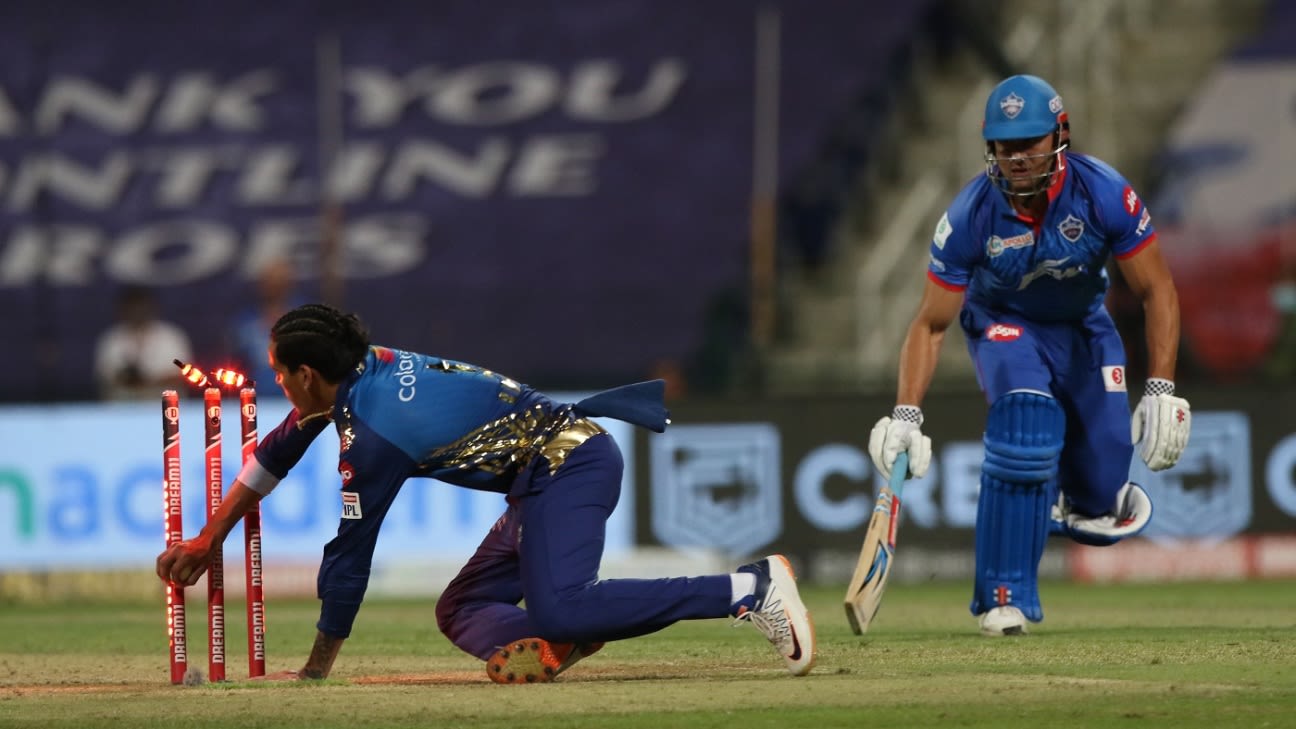 About a couple of weeks into the tournament, these were the two sides that were among the favourites to make the top four. It was all going according to plan for the Delhi Capitals until the game against Kings XI Punjab about 10 days ago. A loss in that game was followed by two more defeats, in the hands of Kolkata Knight Riders and Sunrisers Hyderabad. As a result, they had to give up their top position to the Mumbai Indians, who are sitting pretty with 16 points having earned their playoff qualification.

The Capitals had a major meltdown in their last match against the Sunrisers. A brilliant Rashid Khan made sure their batting never took off and their go-to wicket-taker Kagiso Rabada had a bad day. He went wicketless for the first time in 25 IPL games and was the most expensive bowler on the day. Another thing ailing the Capitals is their batting, especially the top order. Ajinkya Rahane was brought in place of Prithvi Shaw but that has not effected a substantial turnaround. Shikhar Dhawan’s brilliance won them a couple of games but the rest of the batsmen haven’t been able to get going. A win in this match would give them a spot in the playoffs. But a loss here and in their final group match could possibly eliminate them if other teams in fray finish on 14 points with a better net run rate.

Meanwhile, a Rohit Sharma-less Mumbai are doing alright. They arguably have the best batting unit in the tournament: Ishan Kishan is enjoying his best IPL season yet, Quinton de Kock has been ably supported by his partners at the top of the order, Hardik Pandya and Kieron Pollard have helped with superb cameos and Suryakumar Yadav has been consistently brilliant. Plus, if the batting order has a rare day off, they’ve got Jasprit Bumrah, their ultimate weapon of choice, who has been lethal especially in the death overs, where he got 12 of his 20 wickets this season.

Mumbai have an excellent net run rate, and after their win against Royal Challengers Bangalore, they’ve also all but sealed a top-two finish. All the pressure is definitely on the demoralised Capitals in this encounter.

Fifties from Suryakumar Yadav and Quinton de Kock, and a 15-ball 28 from Ishan Kishan, helped Mumbai chase down 162 with two balls remaining.