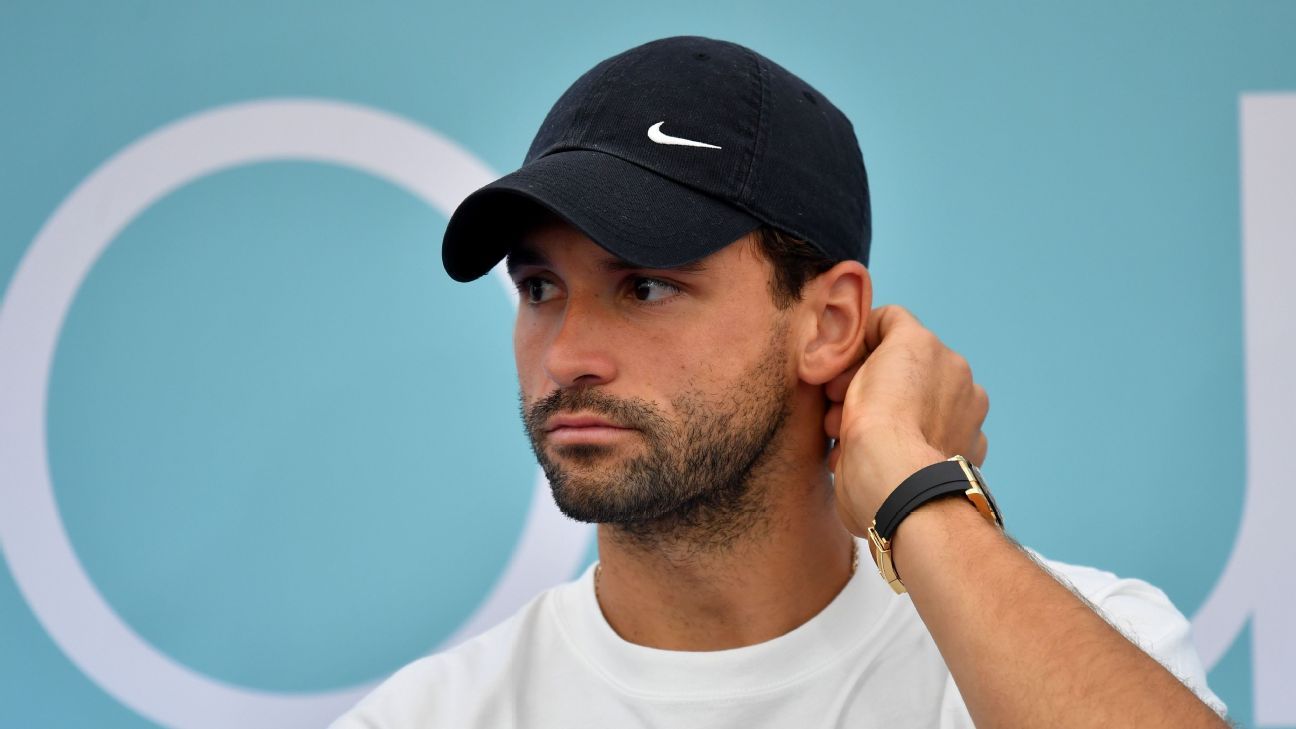 Dimitrov held serve throughout but lost the opening set despite leading 5-0 in the tiebreaker.

“It’s never easy to come out of a situation like that,” Dimitrov said. “I kept on believing, I kept on doing the right things, stayed in the match, which was the most important thing.”

Dimitrov converted his second match point for his first career win over Tsitsipas, who had beaten the 20th-ranked Bulgarian in the fourth round of the French Open this month.

Dimitrov next plays Daniel Evans, who came back from a breakdown in both sets to beat Austrian wild-card entry Jurij Rodionov 7-5, 6-3.

The defending champion, who is seeded second, lost only 10 points on his serve and wrapped up the win in just over an hour.

“It was a real good match, very solid from start to finish,” Thiem said in an on-court interview.

The fifth-seeded Rublev, who is seeking his fifth tournament win of the season, led Jannik Sinner 2-1 in the opening set when the Italian player retired with a foot injury.

“[Rublev] has entered the top 10 last week and the way he is playing, I would say he is among the five best players in the world right now,” said Thiem, who trains with the eighth-ranked Rublev regularly.

Fourth-seeded Daniil Medvedev also advanced after rallying to defeat Vasek Pospisil 4-6, 6-3, 6-2. Medvedev’s next opponent is Kevin Anderson, who won the event in 2018.

The 42nd-ranked Sonego lost in qualification but replaced Diego Schwartzman in the main draw after the Argentine pulled out with an injury.