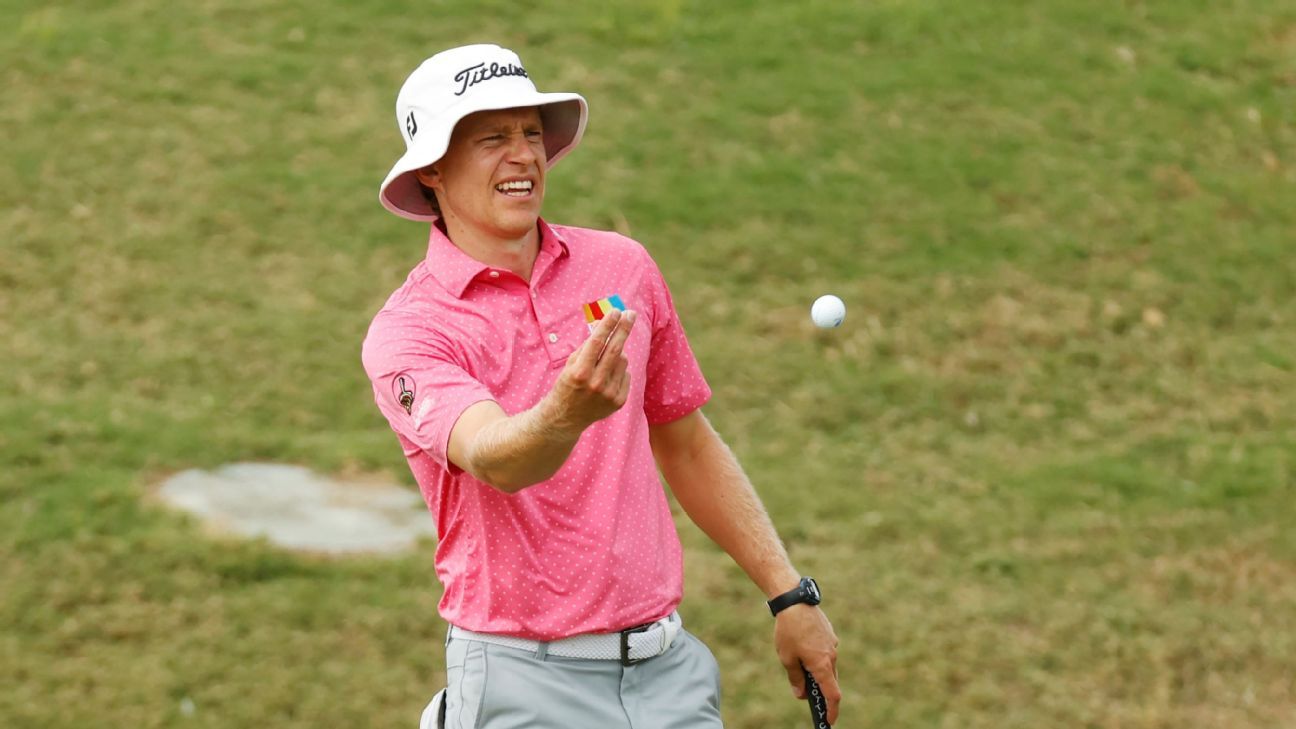 SOUTHAMPTON, Bermuda — Peter Malnati saw his infant son at a PGA Tour event for the first time since the pandemic, which brought a smile to his face and another birdie on his card for an 8-under 63 and a one-shot lead Thursday in the Bermuda Championship.

The tournament is the first to allow limited fans — no more than 500 a day at Port Royal — since the opening round of The Players Championship on March 12.

The final birdie was the ninth of the round for Malnati, who has gone from the South to the West to the middle of the Atlantic Ocean and keeps playing some of his best golf.

It was the third time in his last three events he posted a 63 or lower. Malnati was runner-up at the Sanderson Farms Championship in Mississippi and followed that with a tie for fifth in Las Vegas.

This round gave him a one-shot lead over Ryan Armour and Doug Ghim, who birdied his last two holes.

“With everything in the world right now — and this island is doing a phenomenal job with their testing protocol and keeping everyone safe — I just didn’t know if it was actually going to work for them to get out here,” Malnati said of about his wife and 1-year-old son. “So coming off that disappointing bogey on 17, I hit a nice drive on 18 and before I even get my yardage or anything, I see my wife and boy standing out there.

“It just brought a huge smile to my face,” he said. “To see them and then to finish with that birdie, I’m a happy man.”

Malnati ran off five straight birdies starting with No. 9, and he was looking to finish strong. Among the shorter hitters in the modern power game, he had made up his mind to take on the bunkers down the right side of the par-5 17th hole and turn it into an easy birdie.

Instead, he turned it left into the water for a penalty stroke and made bogey.

“So that stunk,” Malnati said. “But how can I complain about much? We’re on the island of Bermuda and I sure played great.”

The Bermuda Championship matches the weakest field of the year on the PGA Tour, though it receives full status this year because the HSBC Champions in Shanghai was canceled by the COVID-19 pandemic, meaning Bermuda is not the same week as a World Golf Championship. The winner receives an invitation to the Masters next year.

It also is the start of consecutive PGA Tour events allowing limited fans. The Houston Open has said it will sell no more than 2,000 ticket a day. The Sentry Tournament of Champions at Kapalua, the first event on 2021, also announced this week it would limited fans.

Doc Redman, Vaughn Taylor and Chase Seiffert were at 65, while Hunter Mahan was in the group at 66. It was Mahan’s lowest opening round in more than two years.

Three-time major champion and Ryder Cup captain Padraig Harrington opened with a 67. Harrington won at Port Royal in 2013 in the final stages of the course hosting the PGA Grand Slam of Golf.

Fred Funk, the 64-year-old regular on the PGA Tour Championship, shot 69. He played in the same group as his son, Taylor Funk, who shot a 73.