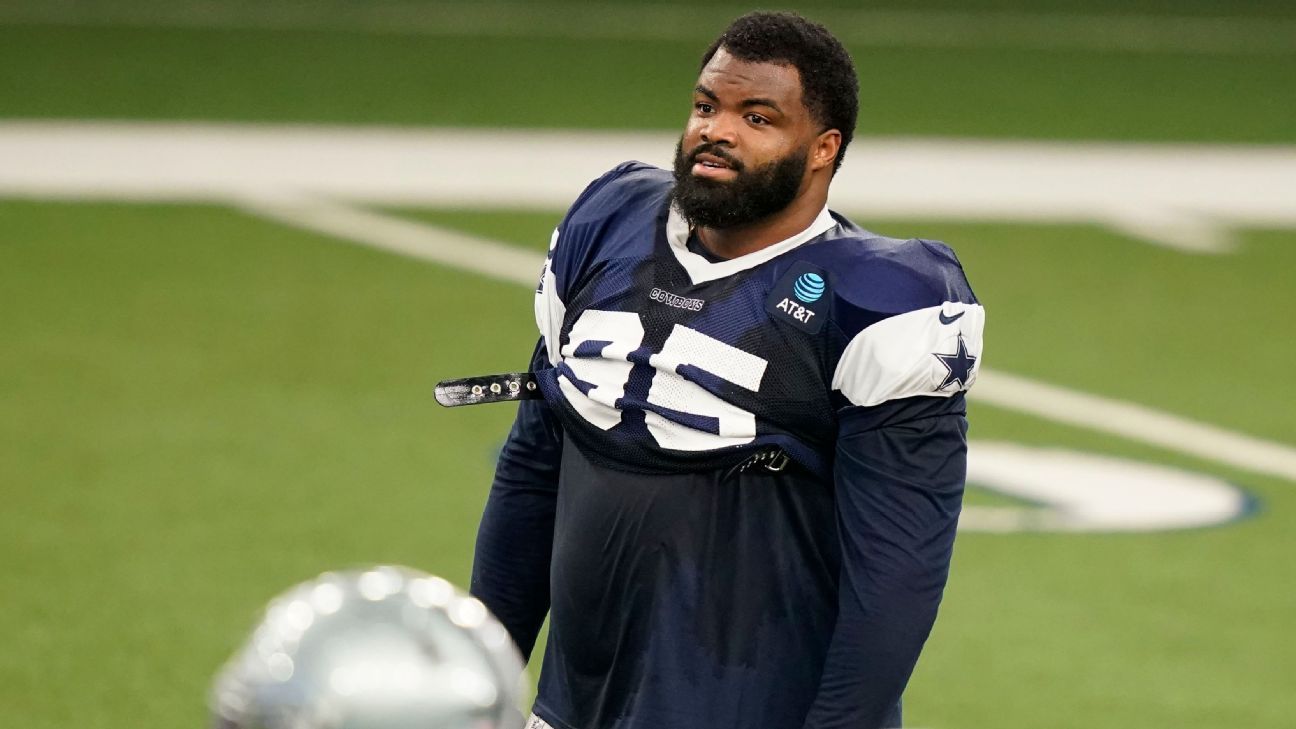 Dallas Cowboys owner Jerry Jones said Wednesday evening that the team’s release of defensive tackle Dontari Poe was primarily because of Poe’s weight and lack of production. Jones declined to say whether Poe’s persistence in kneeling for the national anthem before games was a consideration.

“When you’re 30 pounds overweight and you’re not doing anything about what’s keeping you from performing well on the field, there is no reason to get into the other stuff,” Jones told ESPN.

The “other stuff” was specific to a question as to whether Poe’s being the only Cowboys player to take a knee for the cause of social justice during the national anthem factored in to his release Wednesday.

“I understand your question, and I’m deliberately not going to answer it,” Jones replied. “We have a platform here, but the platform on the football field has a high standard, and [Poe] was not up to the standard. He needed to correct that, and he did not. I’m going to leave it at that.”

Jones signed Poe, 30, to a two-year, $8.5 million contract as an unrestricted free agent in the offseason. Poe was guaranteed $3.5 million on the deal. According to a clause in his contract, he had weekly weight incentives ranging from $20,000 to $45,000 that could have totaled $500,000. It’s not known how much he collected, if any.

Poe played 253 snaps, more than any other interior defensive lineman for the Cowboys, but had just seven tackles, one pass-rush hurry and no sacks.

The Cowboys (2-5) also jettisoned two other defenders from a unit that has been historically bad. They traded Everson Griffen to the Detroit Lions for a conditional sixth-round draft pick in 2021. Griffen signed a one-year, $6 million contract in August as a free agent, with $3 million guaranteed.

Cornerback Daryl Worley joined Poe as a player who was released. Worley was another offseason pickup, signing a one-year, $3 million contract as an unrestricted free agent.

“You make mistakes. You move on,” Jones said. “We’re moving on, but by no means are we giving up.”

The Cowboys owner did not disclose whether quarterback Andy Dalton has a chance to play Sunday night in an NFC East game against the Philadelphia Eagles after he absorbed a vicious hit to the head by linebacker Jon Bostic of the Washington Football Team on Sunday.

“Andy is in the [concussion] protocol, and the doctor will make that decision,” Jones said.