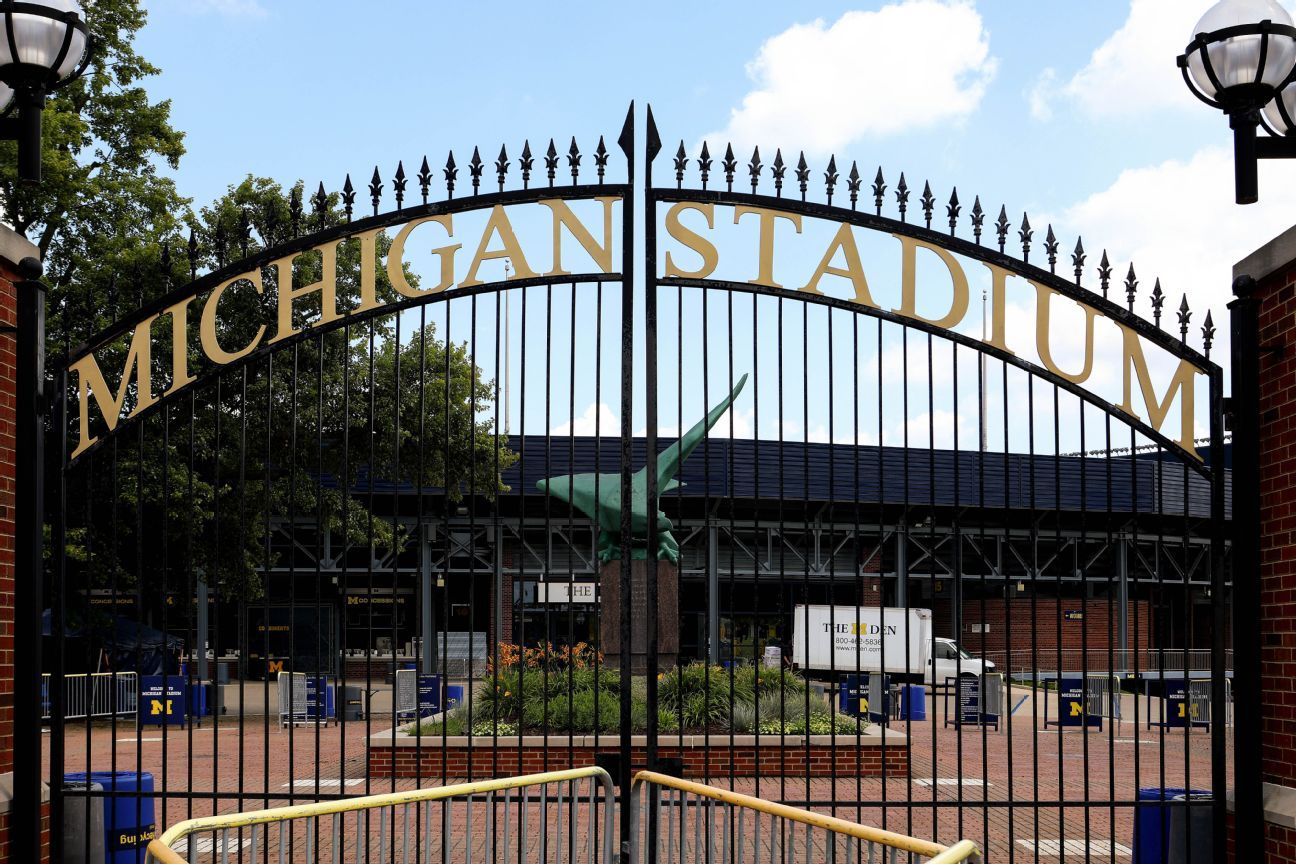 Michigan added ESPN 300 linebacker Branden Jennings to its 2021 recruiting class on Friday when Jennings chose the Wolverines over Clemson.

A 6-foot-3, 225-pound prospect out of Sandalwood High School in Jacksonville, Florida, Jennings is the 67th-ranked recruit overall and is now the second- highest-ranked player in Michigan’s class behind quarterback J.J. McCarthy.

“I picked Michigan because I felt like the defense is very versatile and I can really thrive and elevate my game in the defensive program,” Jennings said. “Michigan has a very versatile defense and does a lot with their linebackers that I really love. So it’s a great program for me to be a part of.”

Jennings had been to Michigan on an unofficial visit before COVID-19 restrictions prevented recruiting visits, so he has seen the program up close.

The defense was a major focus for Jennings, as he had previously been committed to Florida State Seminoles but decommitted for a variety of reasons, including the performance of the Seminoles’ defensive unit.

“From a defensive standpoint and also with losing, I hate losing,” Jennings said. “A major part is just coming out there competing, and I felt like there was a big lack of that. I didn’t like the defense that was being played; that played a major part of it.”

He only decommitted from Florida State on Monday, but he says he is 100 percent certain Michigan is now the right program for him.

He becomes the third ESPN 300 linebacker commit for the Wolverines in this class, joining outside linebacker Junior Colson from Brentwood, Tennessee, and inside linebacker Jaydon Hood from Fort Lauderdale, Florida.

With Jennings, Michigan has 10 ESPN 300 commitments. The Wolverines had the No. 14-ranked class prior to this commitment.