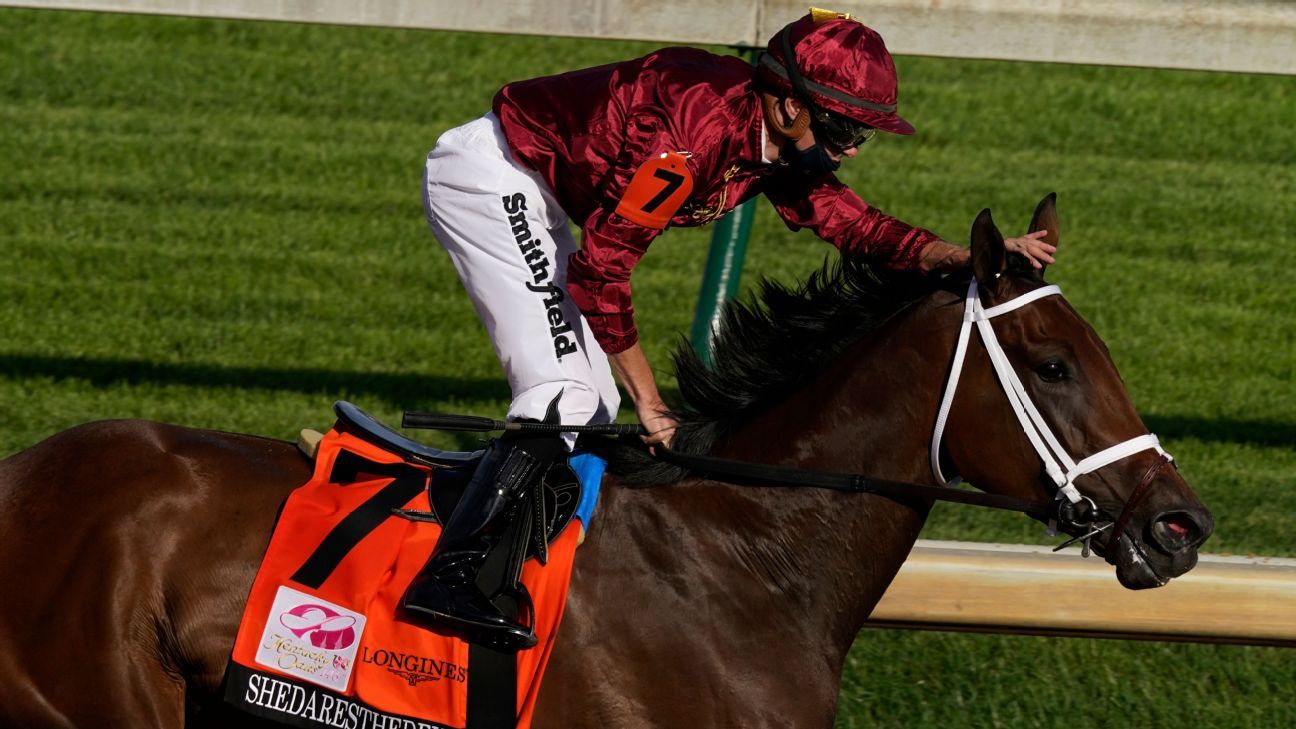 BALTIMORE — Swiss Skydiver will become the first filly since Rachel Alexandra won in 2009 to run against males in the Preakness on Saturday.

In her only other start against males, Swiss Skydiver finished second to potential Preakness rival Art Collector in the Blue Grass Stakes on July 11. She won the Grade 1 Alabama at Saratoga on Aug. 15 and finished second in the Kentucky Oaks on Sept. 4.

Five fillies have won the Preakness. Rachel Alexandra went on to become Horse of the Year in 2009. In all, 55 females have run in the 1 3/16-mile race.

“I know she will make the distance without any problem,” McPeek said. “It was a tough call between racing against straight 3-year-olds or older fillies and mares or turf, which was briefly thought about. I think she will handle it fine.”

The draw for the 145th Preakness is Monday.

The field for the final leg of the reconfigured Triple Crown series is expected to include Kentucky Derby winner Authentic. Belmont winner Tiz the Law is skipping the Preakness.