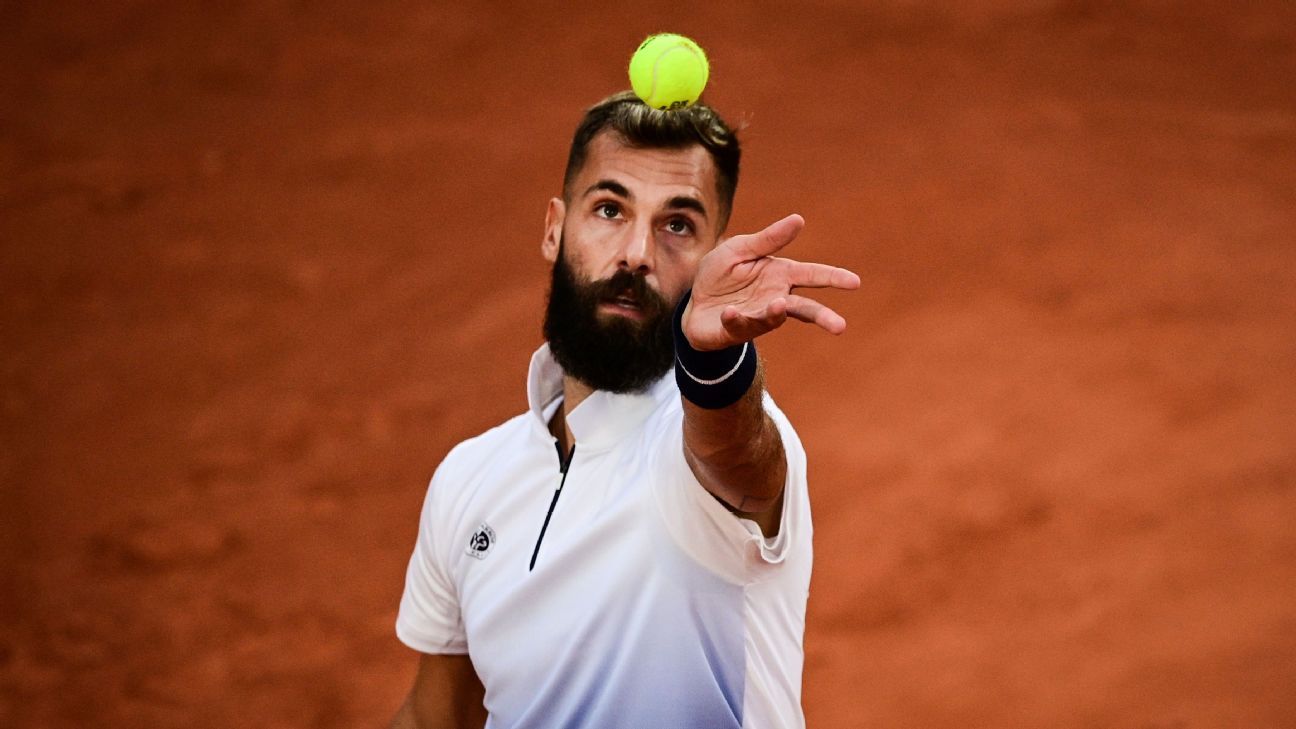 Benoit Paire was one of the few French Open competitors who did not complain about the weather following his first-round win over Korea’s SoonWoo Kwan on Sunday. He’s grateful to be playing at all, due to having tested positive for the coronavirus at two of the three previous events he entered as the tennis tour resumed.

“I did one test when I arrived [in Paris], negative. I was really happy about it,” the 31-year old, who is known for his colorful outbursts, said after the win. I was scared about the test, You know, when you’re negative, positive, negative, positive, you never know. And I knew before it there was 50 percent of chance to play because if I was positive I was out.”

Paire’s daily life has been heavily disrupted since he first tested positive for COVID-19, shortly before the start of the US Open. His name was removed from the draw on the day before play began in the bio-secure bubble in New York, and he was forced to quarantine in his room at the player hotel. Additionally, seven players who had contact with Paire were placed under controversial “enhanced protocols” that were more onerous than the ones most players had to observe.

Since his initial positive test, Paire has been tested, by his own count, 15 additional times due to tournament or travel requirements. He produced 10 negative results on two different continents after he was sidelined in New York. But he tested positive again twice just before the Hamburg event, which resulted in another quarantine. Paire said he was allowed to leave his room in Hamburg only to practice one hour or to play his lone match. He retired while trailing Casper Ruud 6-2, 2-0, bringing his post-lockdown record to 0-3.

“It was not easy, honestly, the situation after the 10 days in my room in New York, then I had to stay again in my room. The only thing I wanted was to go home,” said the native of Avignon who now lives in Geneva. “[But] I couldn’t, because we had to come here for the test.”

Paire tested negative upon his arrival in Paris, where he’s staying, like all competitors, at an official player hotel. Although he felt relieved that he would be allowed to compete “at home” in the French major, his ordeal has left him less than enthusiastic about the final Grand Slam that will be held this year.

“I’m tired. I’m tired physically. I’m tired mentally.” said Paire, who is seeded No. 25 and had a breakthrough tournament in 2019, achieving fourth round for the first time in a dozen tries. “I’m very happy to win, but it is not like last year. I remember a lot of good memories with the crowd, with the tennis I was playing. So it’s not easy to come back here and to play with an empty stadium. Honestly, physically I’m not good and mentally I’m not good enough.It is something different in the head. I’m not 100% now “

Although Paire found the day-to-day uncertainty of his status wearing, he did not level criticism at the process that produced the health protocols or challenge the validity or accuracy of the tests.

“I really don’t care about the system, about what happened,” Paire said. “The only thing I know is sometimes [I am] positive, sometimes negative. If I’m positive I go home. I will be happy to go home a little bit. Honestly now, the importance of the test is not the thing I’m thinking. I’m just thinking, okay, if you can play you play. If not, you go home and you see your dog, your family, and you will be happy.”