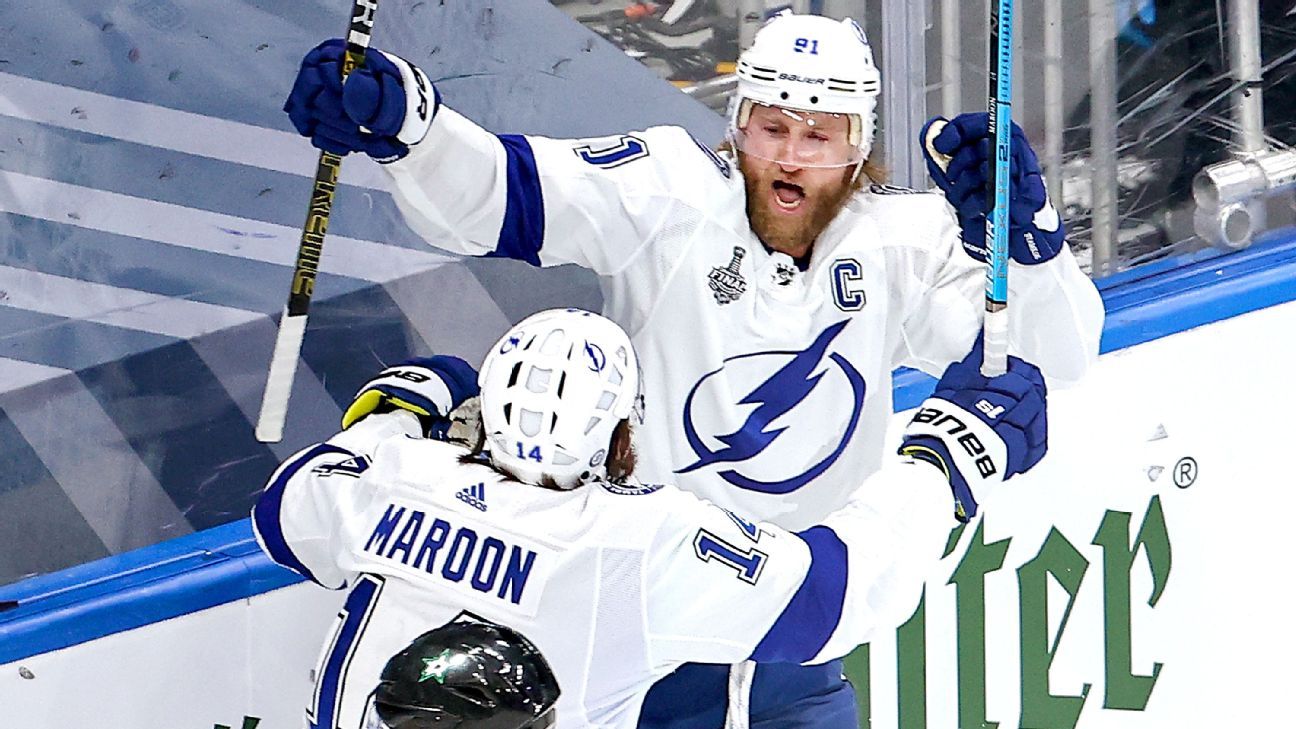 “Hopefully the next time we see him on the ice is for a trophy presentation,” the coach said. “He did everything he could to get back. And he did get back, and unfortunately he couldn’t go any further. I’m sure this will all be addressed after the series is over. He gamed it out.”

The Lightning lead the Stars 3-2, with Game 6 on Monday in Edmonton.

The news ends a summerlong saga for the Lightning, who are one win away from winning the franchise’s second Stanley Cup. Stamkos has missed the entire postseason while being deemed “unfit to play” — except for one brief appearance in Game 3 of the Stanley Cup Final. Stamkos got five shifts, totaling less than three minutes, and scored a goal on the first shot he took. He became the first player in 80 years to score while playing his first postseason game of the year in the Stanley Cup Final.

However Stamkos said he experienced “an issue” in the first period, and he sat on the bench for the remainder of the game. Stamkos did not dress in Game 4 or Game 5.

Cooper had a conversation with Stamkos on Sunday morning, and a decision was made that he would not return.

“To be honest, I didn’t think he was playing at all in these playoffs,” Cooper said. “I don’t think any of us did. So, he gave us 2:47 of brilliant hockey that’s a phenomenal story, scored a huge goal for us in a win and hopefully we can keep that momentum.”

Stamkos underwent core muscle surgery on March 2, which had an initial recovery timeline of six to eight weeks. He rejoined his teammates for voluntary training sessions in July, but then suffered several setbacks that have kept him out of the lineup.

“There’s been a lot of behind-the-scenes things that I’ll be glad to share with you guys after the season,” Stamkos said after Game 3, in one of his rare media appearances this summer. “We’re focused on winning right now, and tonight was a step in the right direction.”