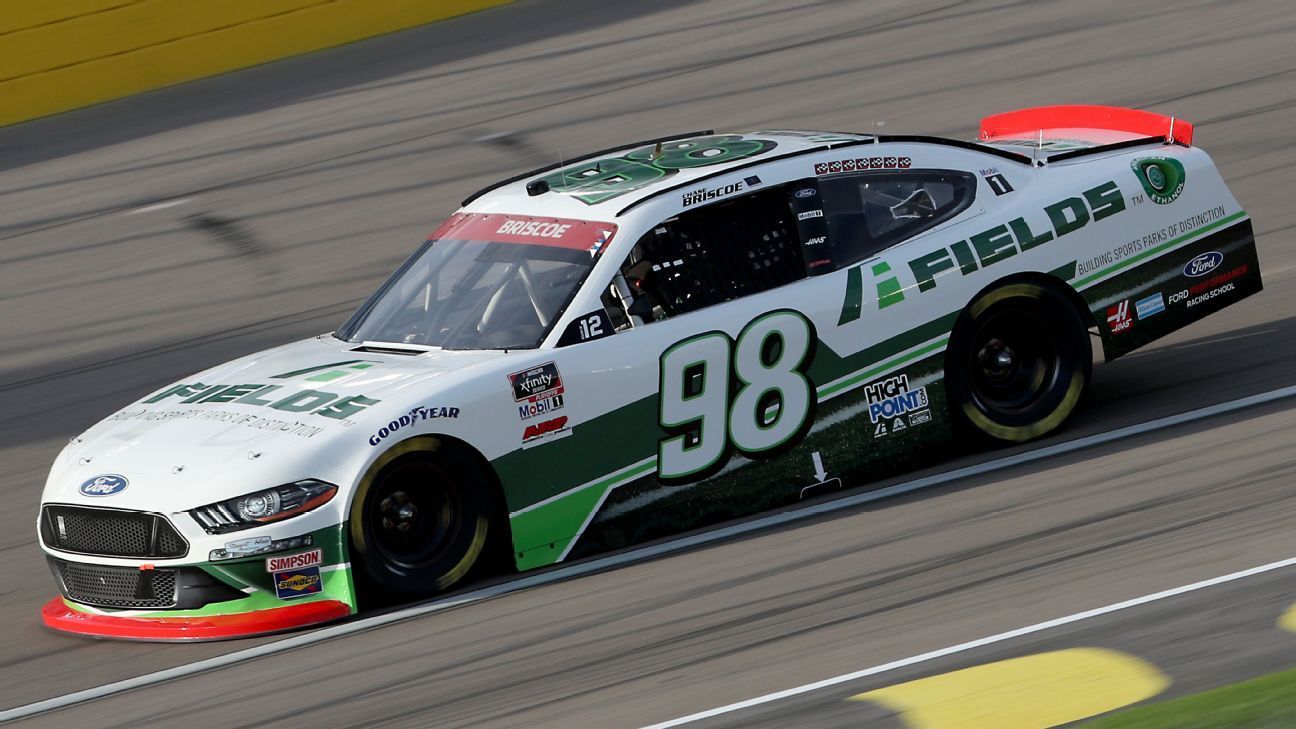 LAS VEGAS — Chase Briscoe routed the field in the Xfinity Series playoff opener for his eighth win of the season, the number he’s said should earn him a promotion to NASCAR’s top level.

Briscoe earned an automatic berth into the second round of the playoffs and increased his series-best victory total. There will be a new Xfinity Series champion for the first time in three years this season and Briscoe is one of the favorites.

“An incredible car by everybody at Stewart-Haas. That made my job way too easy, honestly,” Briscoe said. “We have had a lot of wins this year, but this is by far our most dominant car.”

The Indiana native has been an inspiring story for underdogs, and this season was in doubt until sponsorship developed during the offseason to secure a second season at SHR. Briscoe went into the year determined to win eight races and prove he deserves a spot in the Cup Series.

Now that Briscoe has hit his mark of eight wins, he’s got his sights set on grabbing every trophy he can over the final six races of the season. He knew his No. 98 team was capable of a dominant season, which is why he felt comfortable making eight wins the mark to hit to argue his case for a Cup ride.

“I knew this team was fully capable of achieving that and even more,” Briscoe said. “It has been an unbelievable season and we still have a lot, six more wins that we can try to get and a championship. That is what we are going to try to do.”

Gragson, a Las Vegas native, finished second in a Chevrolet for JR Motorsports. He suffered a bloody nose in the middle of the race and it was bothersome over the final stretch. When a caution came out with 14 laps to go, Gragson got his shot to go head to head with Briscoe for the win.

It took Briscoe a full lap to take control on the restart, and Gragson had nothing for him. Briscoe had built a lead of more than 6 seconds over Austin Cindric before the late caution, Gragson came off pit road in second and had his only chance at Briscoe on the restart.

“Good day for us overall. I felt like we were really good, the best I’ve ever been here,” Gragson said. “I just didn’t have anything for the 98 — a lot of race cars out here and only one space shuttle.”

Cindric, the regular-season champion, didn’t have as strong of a Ford as Briscoe, but still was running second before the final caution. Team Penske told him he should do the opposite strategy as Briscoe but let Cindric make the final decision. Cindric followed Briscoe down pit road for the service, but a slow stop cost him four positions.

“Frustrated, man, I definitely don’t believe we deserved to finish where we did,” Cindric said.