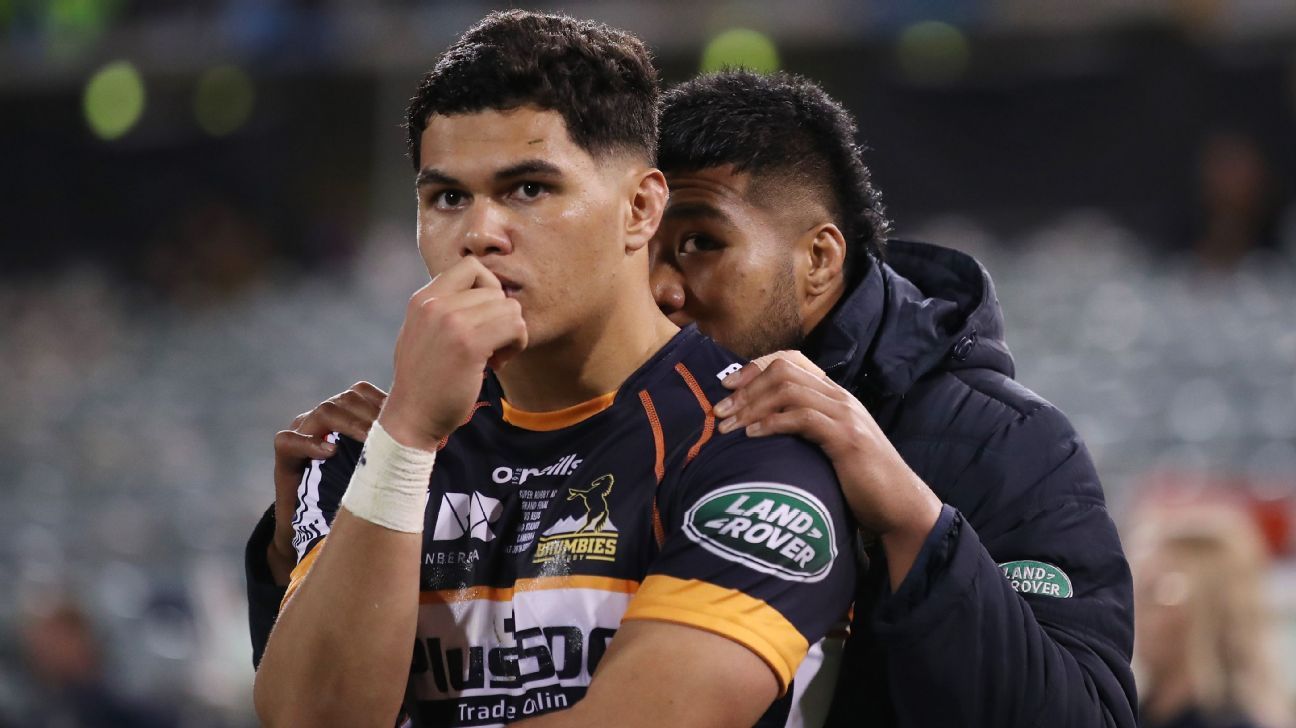 Wallabies coach Dave Rennie is considering Noah Lolesio for a Test debut at No.10 in New Zealand next month after the Brumbies playmaker’s eye-catching return from injury in Saturday’s Super Rugby AU finale.

Rennie has played match-maker in his first Wallabies camp, pairing 20-year-old Lolesio with Queensland Reds No.10 and experienced international James O’Connor as roommates in the Hunter Valley.

O’Connor – Once the bad boy of Australian rugby – debuted for Australia as an 18-year-old and can provide unique insight as a 30-year-old now back in favour.

Lolesio and O’Connor could be competing for game time in the Bledisloe Cup opener in Wellington on Oct. 11, with fellow playmaking option Matt To’omua still recovering from a groin injury suffered in the Super Rugby semifinal.

Rennie said all four were still in the mix to play against the All Blacks next month, and will travel to New Zealand on Friday, but that Lolesio had done everything in his power regardless to demand a debut.

“Clearly we rate him highly, that’s the reason we picked him prior to that final and he hadn’t played for 10 weeks,” Rennie said.

“He’s courageous, confident and he made a real difference to the Brumbies.

“It’s another step up here isn’t it.

“He’s impressive though, he’s asking plenty of questions and is rooming with James O’Connor.

“They’ve been talking a lot about the game, about the role and yep, he’s got a chance of starting that first Test and we’ll see how things pan out.”

With time of short supply and a 44-man squad in camp, Rennie selected who shared rooms this week.

“We always wanted young guys with the older guys, to get a chance to get to know them better, get an arm around them,” Rennie said.

“It’s a big side, easy to go two or three days without speaking to each other, so we’re making an effort and the old boys are getting their arm around the young fellas and showing them the way.”

Giro d’Italia: EF Pro Cycling calls for race to end early amid coronavirus fears
Timothy Bradley on Teofimo Lopez: ‘He kind of reminds me of a young Roy Jones Jr.’
Chris Froome’s Vuelta a Espana bid is a last chance for Ineos Grenadiers
Otaegui shoots 62 to lead in Scotland
The ultimate Alabama vs. Georgia preview: In-depth analysis, prediction and more