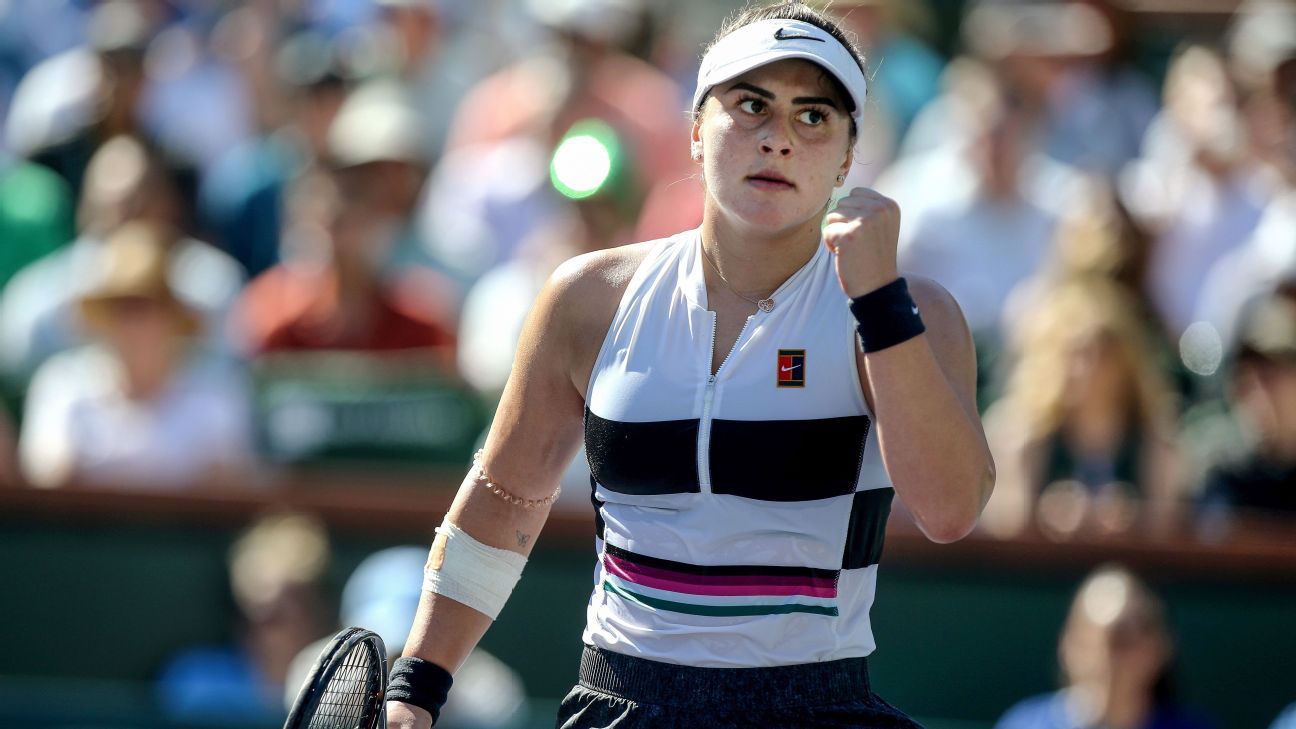 Bianca Andreescu, the 2019 US Open champion, announced on Tuesday she will not be playing in the upcoming French Open and will sit out the remainder of the 2020 season.

“I have come to the difficult decision to skip the clay court swing this year and will be taking the remainder of the season off to focus on my health and training,” she wrote in a post on Twitter. “As hard it was to come to this conclusion, I have so much to look forward to in 2021, including the Olympics; I want to use this time to focus on my game so I can come back stronger and better than ever.”

The 20-year-old, currently ranked No. 7 in the world, has not played on tour since withdrawing from a match with a left knee injury during the WTA Finals in October of 2019.

The same injury prevented her from playing at the Australian Open in January, and she had not returned to competition before the season was suspended in March. She skipped the US Open, citing “unforeseen challenges” surrounding the coronavirus pandemic and limited preparation time in a social post.

“Very frustrating, for sure, but she’s in a good place, she’s in a very good place right now,” her coach Sylvain Bruneau told TSN earlier this month. “She’s working really hard on what she can do and she’s mentally in a good place after struggling with not being in New York. … She’s a positive girl by nature and she’s got some good people around her. We’ll try to put things in perspective.”

Andreescu became the first Canadian to win a major singles trophy during her triumph in New York in 2019, and following the win, became the highest-ranked countrywoman in the history of the WTA at No. 4.

She was named the WTA’s Newcomer of the Year in 2019, as well as earning the Lou Marsh Trophy as Canada’s top athlete.

The French Open gets underway on Sunday in Paris. Andreescu is the third top-10 player on the women’s side to opt out of the event, joining No. 1 Ashleigh Barty and No. 3 Naomi Osaka.