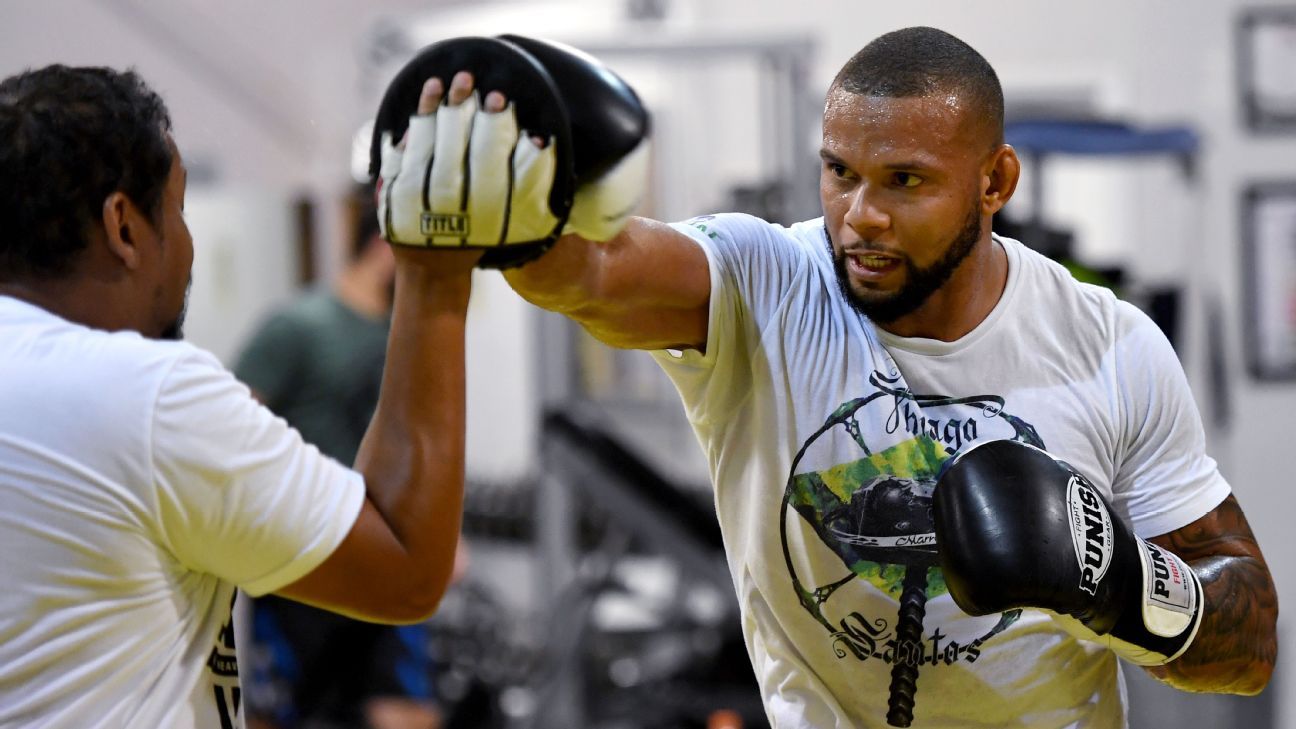 The key light heavyweight fight between Thiago Santos and Glover Teixeira is off — again.

Santos has tested positive for the coronavirus and is out of the scheduled Oct. 4 co-main event with Teixeira in Abu Dhabi, Santos’ manager Alex Davis confirmed Wednesday with ESPN.

Santos vs. Teixeira was originally booked for the main event of UFC Fight Night on Sept. 12 in Las Vegas. But Teixeira tested positive for COVID-19 before that date and the bout was pushed back. There is no new date for a third rescheduling as of yet.

The fight would have major light heavyweight title implications. ESPN has Santos ranked No. 4 and Teixeira ranked No. 6 in the world in that division. Both are former title challengers, losing to Jon Jones, who has moved up to heavyweight.

Santos (21-7) has not fought since his split-decision loss to Jones at UFC 239 in July 2019. The Brazilian slugger needed surgery on both knees following that fight, a very close one. Santos, 36, was on a four-fight winning streak before competing against Jones.

Teixeira (31-7) has won four in a row and is coming off a fifth-round TKO of Anthony Smith in May. The Brazilian veteran fought Jones back in 2014 at UFC 172, a unanimous-decision loss. Teixeira, 40, has been a light heavyweight contender for the better part of a decade.

The UFC Fight Night main event for Oct. 4 is still scheduled to be a women’s bantamweight contender bout between former champion Holly Holm and the surging Irene Aldana.

LSU, Oklahoma fall, a painful head-butt and more must-see moments and Top 25 takeaways from Week 4
McCumber part of 4-way lead in Dominican
Predicting the East finals: Best player, better coach and who will win?
Andreescu sitting out French, rest of season
Fernando Alonso: Formula 1 return down to love of the sport