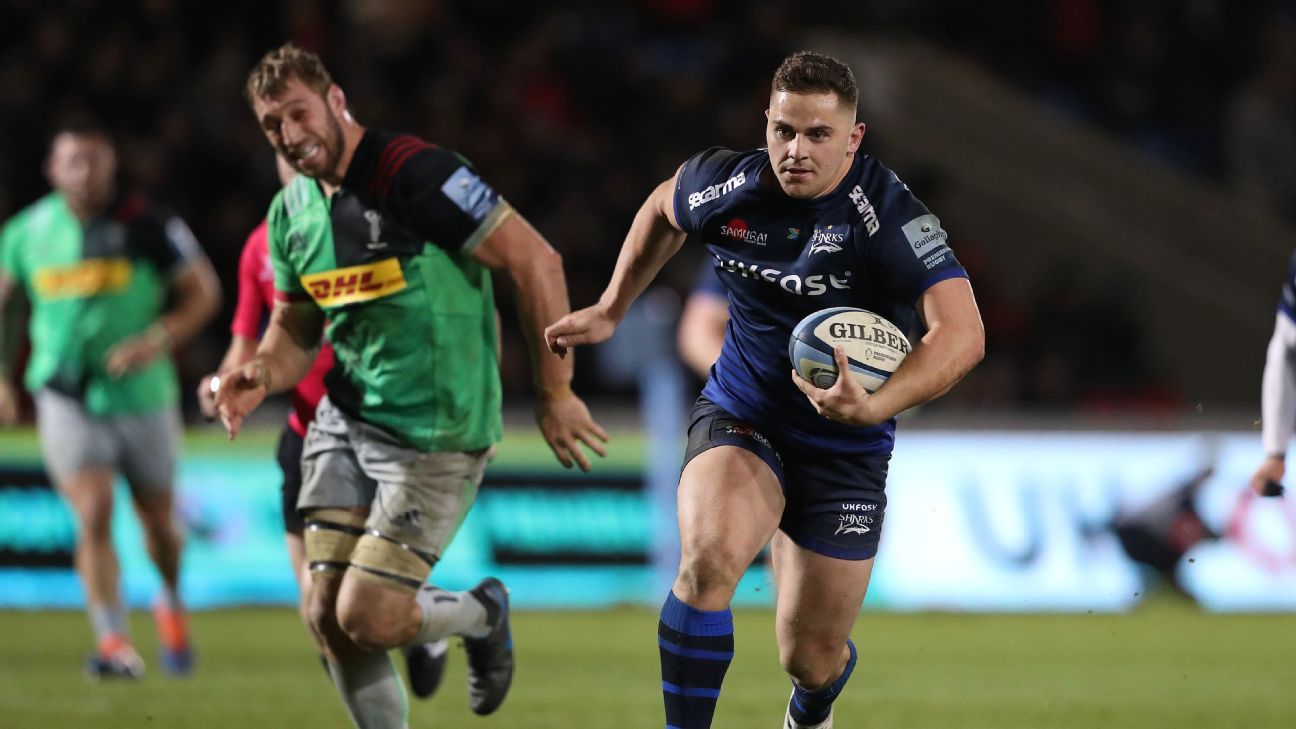 English rugby’s Premiership returned after five months on Friday and it was Harlequins who drew first blood, beating second-placed Sale 16-10 in a possible early indicator of how pre-lockdown form will count for little.

However, on a night of incredible sporting action in soccer, athletics and even snooker, rugby fluffed its lines somewhat with what turned out to be a pretty flat game in a fan-free Stoop.

Sale, boasting new signing Manu Tuilagi, struggled to find any of the spark that had them pushing for the top back in March, and can have few complaints as Quins led 9-0 at halftime with three Marcus Smith penalties.

Byron McGuigan scored a Sale try after one of the few smart moves of the match but Scott Baldwin drove then drove over for Quins’ first try and AJ MacGinty’s penalty was enough only to earn Sale a losing bonus point.

They stay second, four points off leaders Exeter, while Harlequins move up a place to sixth, three points off the top four.

All the Premiership’s clubs have decided on various different gestures on their return to action over the weekend to show their support for anti-racism, though some have been wary of supporting the official Black Lives Matter movement.

All the players from both sides stood in silence for a “moment of reflection” to thank NHS staff and to mark the victims of COVID-19 on Friday.

The Quins players then grouped in a circle and all took a knee while on the Sale side all the players wore T-shirts with the slogan, but only some knelt.

Lewis Hamilton penalty hands Russian Grand Prix win to Valtteri Bottas
Lowe: The genius of Jamal and Jokic, and what the Lakers are doing about it
Lolesio firmly in mix for Bledisloe debut
NBA playoffs Real or Not: Anthony Davis for Finals MVP? A glimpse into the East’s future?
Arkea-Samsic Tour de France hotel searched in anti-doping probe