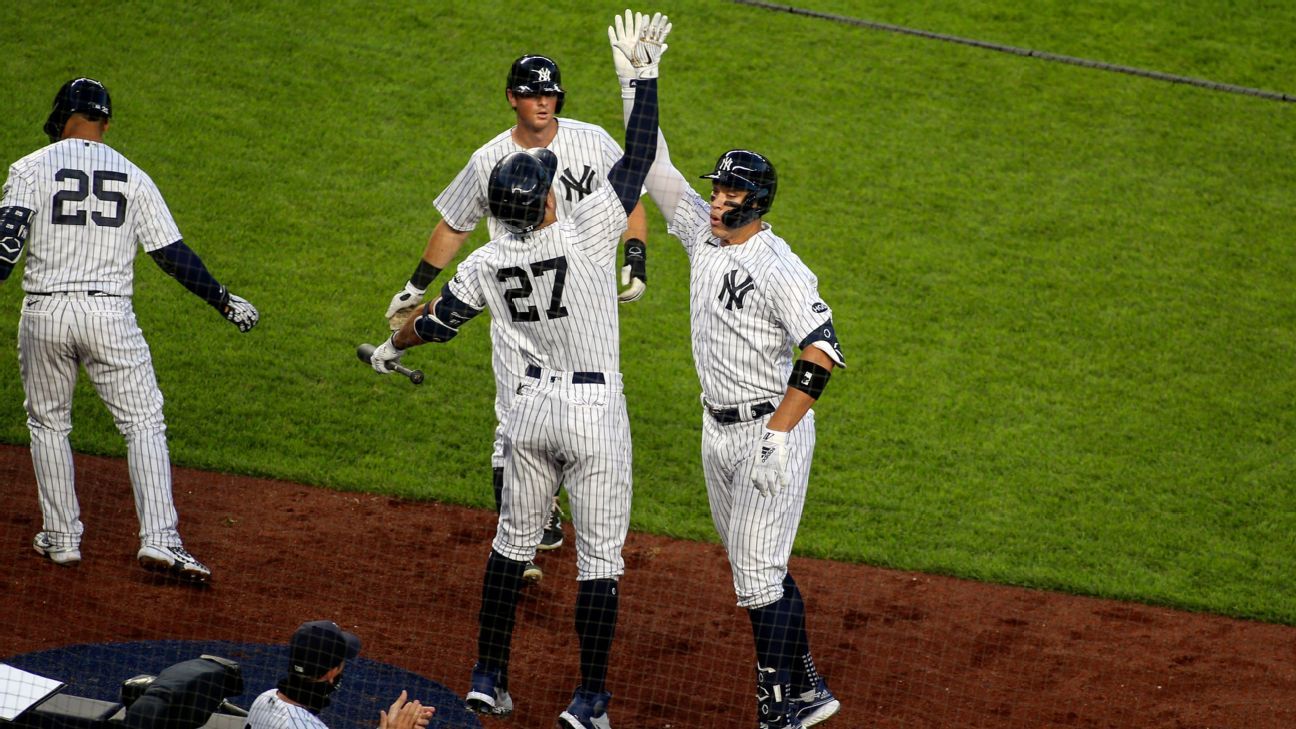 It’s a showdown between the New York Yankees and Boston Red Sox like you’ve never seen before.

When the coronavirus reshuffled the Major League Baseball schedule this past week, the Yankees’ first home series of 2020 became a weekend battle with their biggest rivals, the Red Sox. That normally would be a recipe for Bronx bedlam, but with the Red Sox rebuilding — well, as much as a team like Boston ever does — and no fans in the stands, this isn’t exactly a typical set between the two teams. Still, there’s plenty to look for as the AL East squads battle tonight on ESPN (7 p.m. ET).

To get you ready, we asked baseball reporters Sam Miller and David Schoenfield some key questions about the game.

How much different does a rivalry series like this feel without fans in the stands?

Sam Miller: It’s not too bad — but ask me again in October, when angsty fan energy really does activate the home viewer. The vast emptiness is not, of course, what I’d prefer for any games. But so far it’s been the second-tier games — and, especially, the interleague games, with their unfamiliar team pairings — that feel wan or inauthentic in silence. I don’t actually need fans to tell me that Yankees-Red Sox is real baseball, with real stakes, played by players who care very much about smiting their opponents. I’d probably bite my nails watching Yankees-Red Sox on mute.

David Schoenfield: I think this is one of those series where we will really note the absence of fans in stands. Sure, the viewing experience on television so far has felt pretty normal, but part of the lure of the Yankees-Red Sox rivalry is the bloodlust between Yankees fans and Red Sox fans. After a few years where the rivalry waned in enthusiasm — the Yankees were mediocre, the Red Sox had some bad years — it’s picked back up again in recent seasons, and as the Yankees’ title drought now extends past an entire decade, their fans were hungry to kick Boston’s tail in 2020. Unfortunately, they won’t be able to watch in person.

Aaron Judge blasts a home run to right-center field, and Jackie Bradley Jr. gets his foot caught in the wall advertisement as he attempts to climb up to make the grab.

Yes, it’s early — but should the Red Sox already be thinking about next year?

Miller: We should all be thinking about next year! I’m thinking about sampling flavors at the self-serve frozen yogurt shop, high-fiving teammates after pickup basketball games and visiting my parents. But no, the Red Sox shouldn’t forget about this year. They’re a coin flip to make the expanded playoffs, and under the current setup there’s probably very little advantage, or disadvantage, tied to the seedings. (Higher seeds get home field, but in front of no crowds anyway.) Barring a complete catastrophe, that’s going to be true no matter how many times you ask me: I’ll be very surprised if the Red Sox aren’t within a six-game winning streak of a postseason spot when the season reaches the final week. 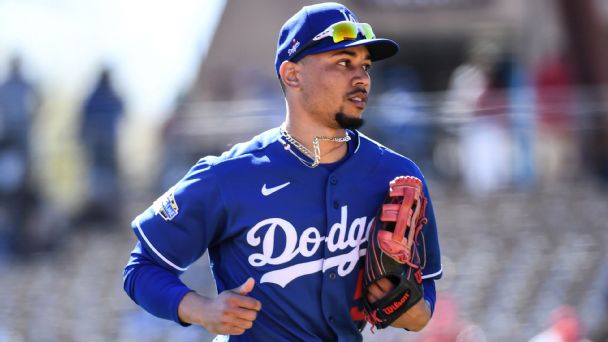 Why Mookie Betts’ monster contract is a win for other MLB stars. Jeff Passan »

How Dodgers won Betts over so fast »

Schoenfield: Boston’s rotation isn’t exactly what you would expect from a Red Sox team — they ran Ryan Weber and Zack Godley in the first two games of their series, with Austin Brice starting Sunday — and with Eduardo Rodriguez out for the season due to a heart condition, possibly stemming from COVID-19, Nathan Eovaldi is the only recognizable name right now. That said … no, with this lineup, the playoffs remain a possibility. On paper, I see six good teams in the AL — the Yankees, Rays, Twins, Indians, Astros and A’s — which leaves two playoff spots up for grabs. Given that the AL also includes some obvious bottom-feeders, the Red Sox have a decent chance at sneaking in.

Which Yankees slugger is the scariest for a pitcher to see right now: the slimmed-down Giancarlo Stanton, Aaron Judge or Gleyber Torres?

Miller: Stanton’s 121 mph homer on opening weekend — the second-hardest homer ever tracked — should be a warning to all pitchers, third basemen and low-flying objects that might get in the way of his next solid contact. But Judge’s home run on Wednesday was almost more impressive, in a different way: It was a fastball up and probably out of the zone, and Judge seemed to just pop it up. But the ball kept carrying until it was clear of the wall, with Orioles pitcher Asher Wojciechowski‘s baffled/disgusted reaction face saying it all. So put it this way: Stanton is probably slightly more likely to break the scoreboard, but Judge is probably slightly more likely to break the pitcher’s ERA.

How Gerrit Cole bought into becoming a Yankee. Marly Rivera »

Schoenfield: Judge, primarily for this reason: He’s pulling the ball again. Last year, he pulled only six of his 27 home runs. In 2018, it was nine of 27. But in his rookie season in 2017, it was 23 out of 52. Three of his first four home runs this season were pulled to left. Yes, Judge is still a good bet to belt a majority of his home runs to center field and right field, but pulling those home runs is a good sign that he’s healthy, that the bat speed is there and that you better be careful if you think you can jam him inside with hard stuff.