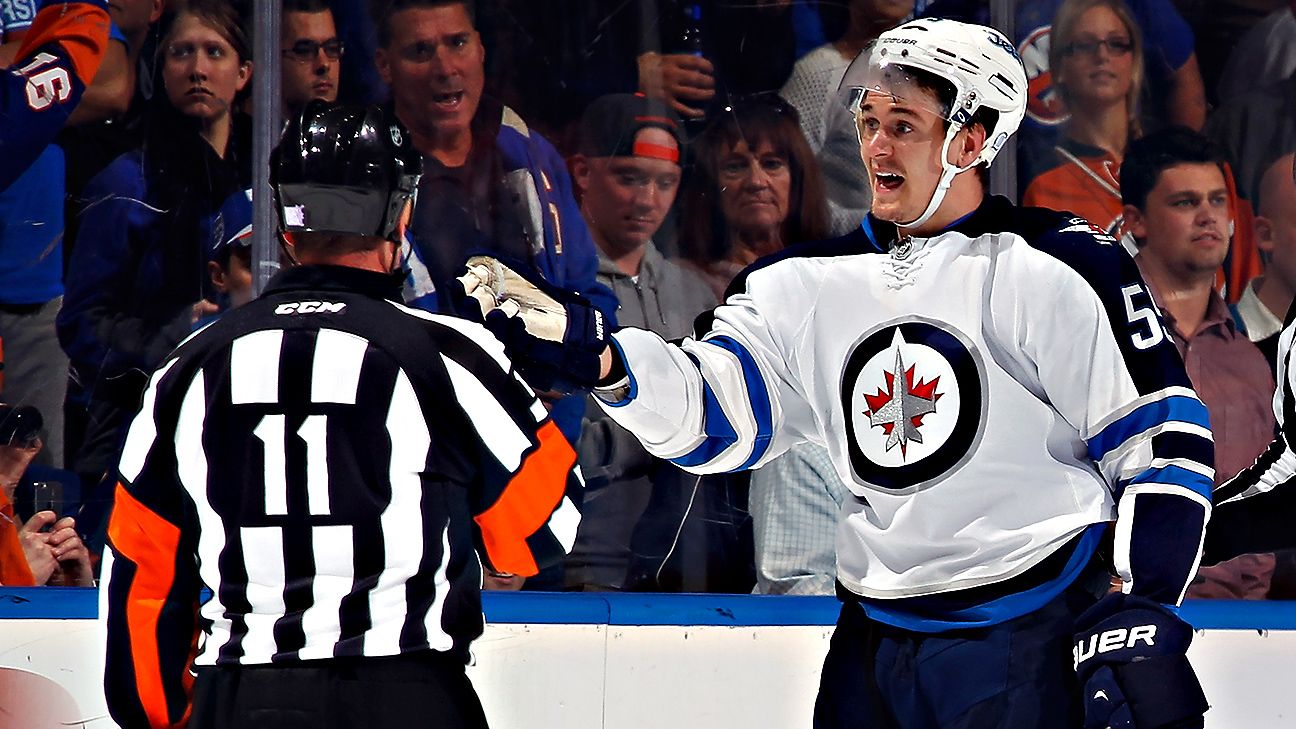 Winnipeg forward Mark Scheifele left the ice with the help of trainers in the first period of the Jets’ qualifying series opener vs. the Calgary Flames in Edmonton Saturday night.

As he raced to dump a puck into the zone as he was cruising toward the boards, Scheifele turned to look over his shoulder. As he hit the boards awkwardly, with his head turned, Calgary forward Matthew Tkachuk appeared to clip Scheifele’s left leg with his right skate.

Scheifele fell to the ice, screaming in pain, and proceeded to roll around in the zone, grasping at his left leg.

Later in the period, Winnipeg captain Blake Wheeler confronted Tkachuk at center ice, and at the 11:40 mark, the two squared off in a fight.

The Flames and Jets, while in different divisions, are Western Conference rivals who finished one point away from each other in the regular season, with Winnipeg posting 80 points.

Scheifele was tied for the team lead with 73 points this season, and was second on the Jets with 29 goals.