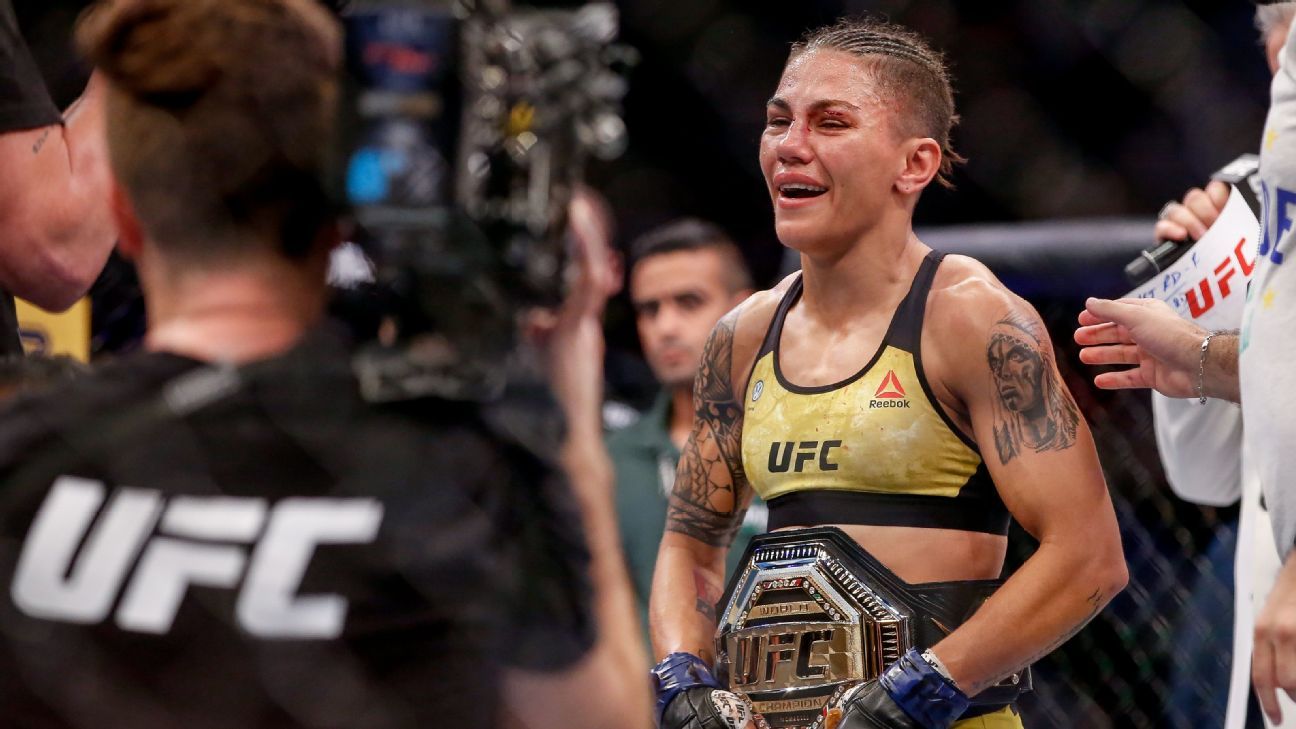 The UFC is targeting a 125-pound bout between former strawweight champion Jessica Andrade and Jessica Eye for a UFC Fight Night event on Oct. 17, sources told ESPN on Thursday.

The promotion has not announced the flyweight contest but is close to finalizing it, sources said. The UFC Fight Night event will take place at a location to be determined.

Andrade (20-8) won the UFC’s 115-pound strawweight title in May 2019, but she has gone 0-2 since. She surrendered the belt to current champion Zhang Weili in a 42-second knockout loss in August 2019. Most recently, she came up short in a decision loss to Rose Namajunas at UFC 251 on July 11.

Fighting out of Parana, Brazil, Andrade has competed at 125 pounds previously in her career, but never in the UFC. She fought in the 135-pound bantamweight division upon signing with the UFC in 2013, then dropped two weight classes to compete at strawweight in 2016.

Eye (15-8) fought for the flyweight championship in June 2019. She lost to dominant champ Valentina Shevchenko via knockout in the second round. Since then, Eye, who trains out of Las Vegas, has picked up a decision win against Viviane Araujo and a decision loss to Cynthia Calvillo in June.

Andrade will become only the second woman in UFC history to compete in three different weight classes. The first was former strawweight title challenger Valerie Letourneau.

Dear Barry: Fan letters to Barry Sanders found nearly 20 years later
Tiger Woods has work to do and not a lot of time to do it
NBA campus intel: Memphis needs a win to stay ahead of the bubble teams
Transfer Talk: Arsenal’s Maitland-Niles on transfer list to raise funds
Bengals’ A.J. Green might not have anything to prove, but he trained like it