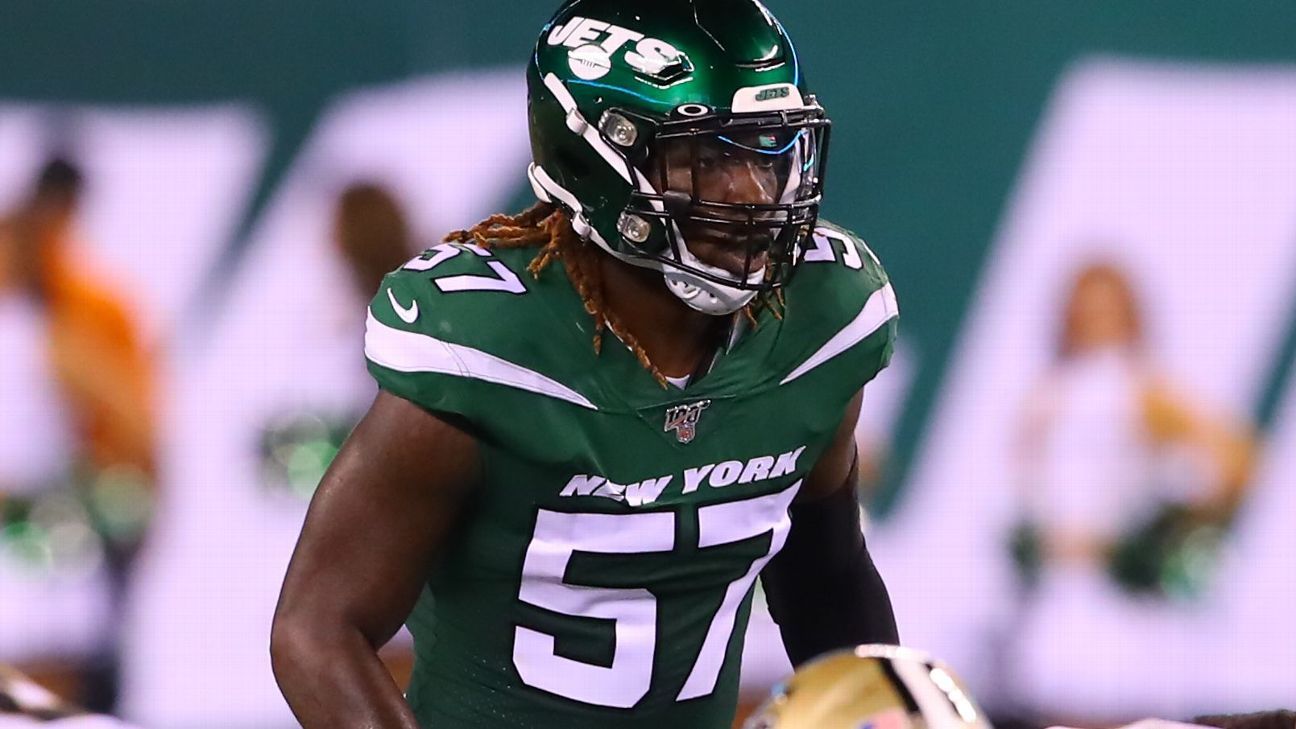 New York Jets middle linebacker C.J. Mosley, the most accomplished player on their defense, has decided to opt out for the 2020 season because of COVID-19 concerns, sources told ESPN.

Mosley hasn’t commented publicly, but a source said it was because of family health reasons.

Mosley, the highest-paid player on the Jets, was due to make a total of $16 million this year. He already received $10 million in the form of a roster bonus, paid in mid-March. He was scheduled to make $6 million in base pay.

In a span of a week, the Jets have lost their top two players on defense. They traded All-Pro safety Jamal Adams to the Seahawks last Saturday, and now Mosley is gone.

Mosley, who signed a five-year, $85 million contract last season after five seasons with the Baltimore Ravens, missed 14 games in 2019 because of a groin injury that required surgery.

Mosley, a four-time Pro Bowler, said in June he was cleared for training camp.

The Jets are deep at inside linebacker. Their top returning players are Avery Williamson, Neville Hewitt, James Burgess Jr. and Patrick Onwuasor.

Mosley’s contract tolls, which means he still has four years, $56 million remaining on the deal. It now runs through 2024 instead of 2023.

This should solidify Williamson’s standing with the team. He was thought to be a possible cap casualty in the offseason, but the Jets said recently the plan was to bring him to camp.

Williamson missed last season after tearing an ACL in the preseason. On Thursday, he was placed on the physically unable to perform list, but he should be able to practice at some point in training camp.