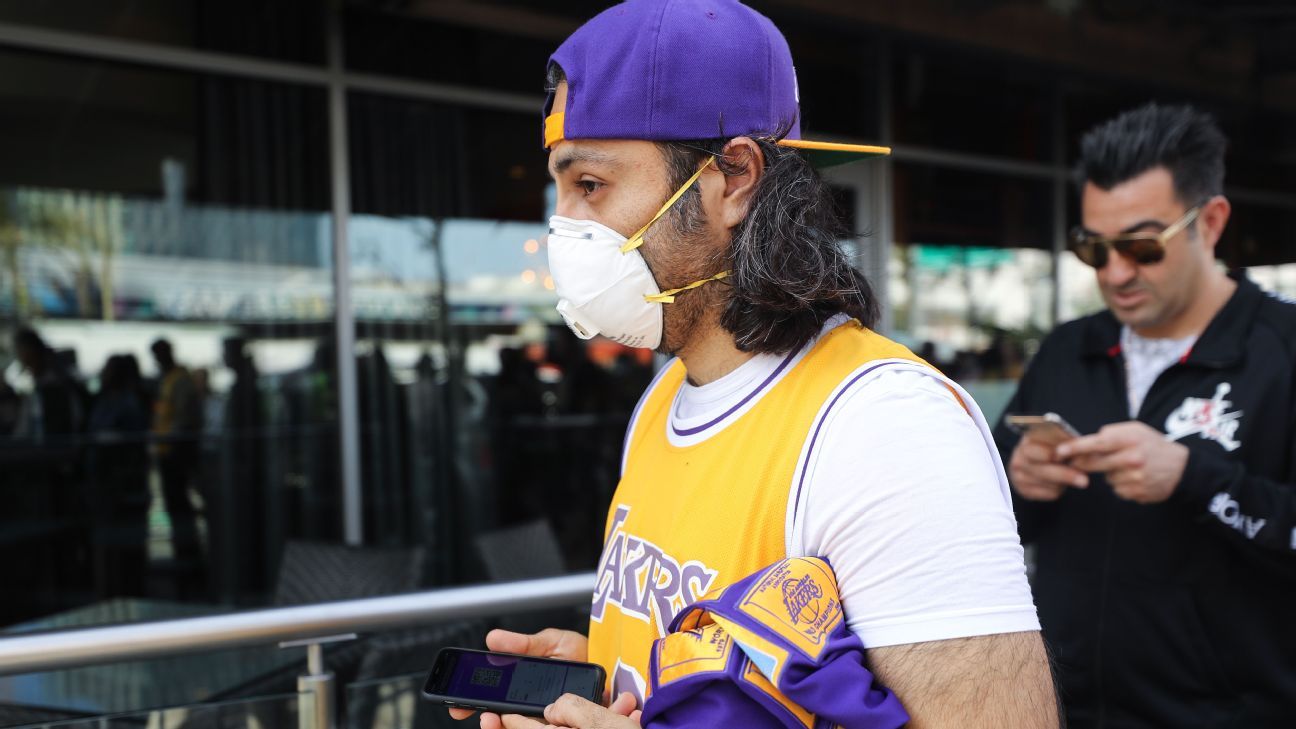 Major North American professional sports leagues are talking to health officials and informing teams about the coronavirus outbreak that has led to the first reported death in the U.S.

Officials from the NBA, NHL and Major League Baseball say they are all consulting with the Centers for Disease Control and Prevention and other organizations on a regular basis about COVID-19.

A man in his 50s died from the virus in Washington, state officials reported Saturday.

There are no immediate plans to cancel or postpone games or have them held in empty stadiums or arenas. Some of those contingencies have been taken in other countries, including Italy, where soccer matches were postponed until May.

Pro sports in the U.S. for now are going on as scheduled, though leagues are closely monitoring the situation. The NBA and NHL are in their regular seasons and MLB in spring training in Arizona and Florida with Opening Day less than a month way.

“The health and safety of our employees, teams, players and fans is paramount,” the NBA said in a statement. “We are coordinating with our teams and consulting with the CDC and infectious disease specialists on the coronavirus and continue to monitor the situation closely.”

The Corona Virus has officially hit Oregon. More specifically Lake Oswego…Make sure y’all washing y’all hands with soap for 20 or more seconds & covering ya mouths when you cough. I am officially taking a break from signing autographs until further notice.

The new virus that first emerged in China in December has infected more than 85,000 people and caused more than 2,900 deaths. There have been 62 reported cases in the U.S., compared to 1,128 in Italy.

The NHL, which has seven teams based in Canada, is in contact with personnel from the CDC and Public Health Canada. Deputy commissioner Bill Daly said by email the NHL has not considered any cancellations.

“We are in regular communication with our clubs on the issue and have passed along best practices being recommended by CDC and Public Health Canada medical experts,” Daly said. “Most of these steps are common sense precautions, but there definitely involves consciousness raising.”

An NHL spokesman added the league “will implement all necessary safety measures as required.” Teams have been getting information from the league about COVID-19 since late January.

MLB has also been actively monitoring the outbreak for some time and been in touch with the CDC and Health and Human Services. It is providing guidance to clubs, staff members and players that are mirror CDC recommendations.

Churchill Downs is using the time left before the Kentucky Derby in early May to watch as the situation develops before hosting horse racing’s biggest event.

“We still have a great deal of time to monitor and react,” Churchill Downs said in a statement. “We also will learn from others as they hold events over the next number of weeks. We are consulting with relevant authorities and will take any and all necessary steps to ensure the safety of all who attend and participate.”