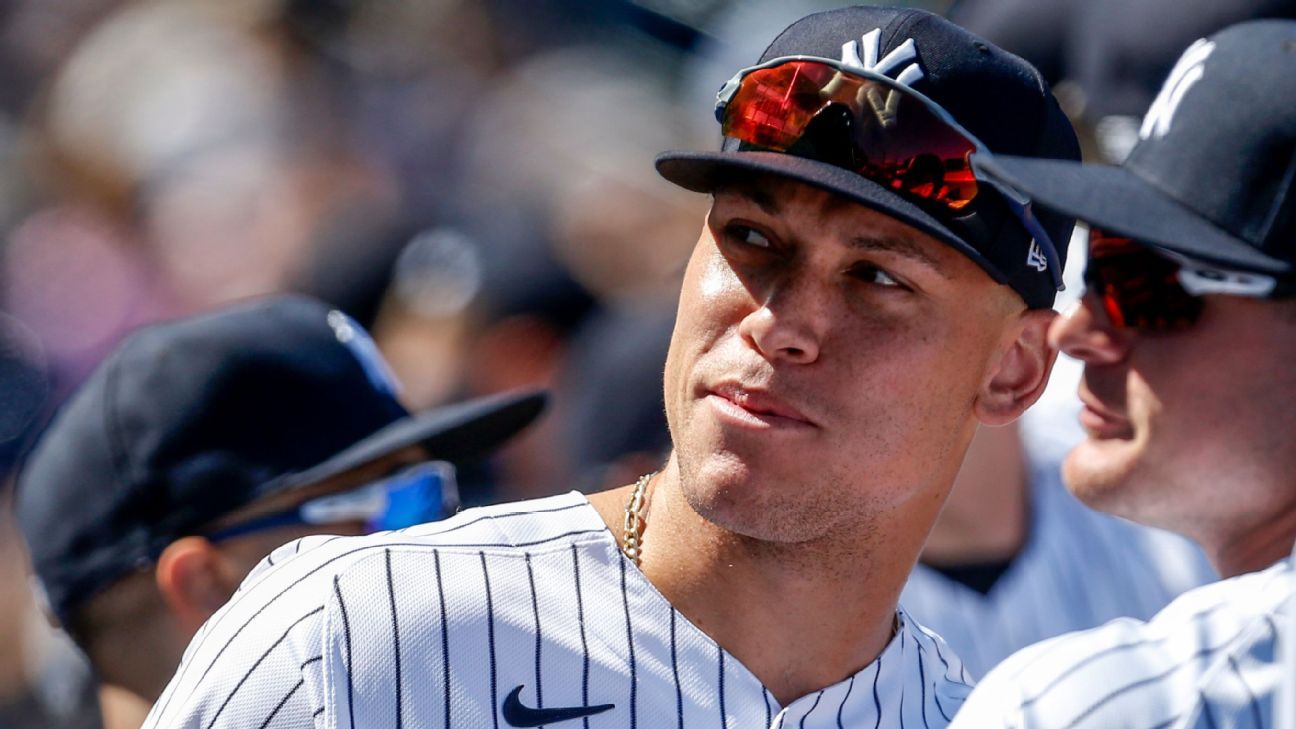 TAMPA, Fla. — New York Yankees star Aaron Judge underwent an MRI that came back negative and is scheduled for another test Monday as the team tries to determine the cause of his ailing right shoulder.

“We’re in a holding pattern with it, just trying to figure out what exactly is going on,” Boone said Saturday. “We”re trying to get our arms around if we can pinpoint something that’s causing some of the discomfort. At this point we haven’t found that.”

Judge was shut down from hitting a week before spring training after experiencing soreness in the shoulder. The slugging right fielder had been scheduled to take batting practice on the field for the first time since being shelved this weekend.

While the Yankees are concerned about Judge, there were no worries over new ace Gerrit Cole.

Cole allowed two hits and struck out two over 2 2/3 scoreless innings against the Detroit Tigers in his second start Saturday.

Cole gave up his first hit with the Yankees, an opposite-field jam-shot single to Victor Reyes with one out in the first. Jordy Mercer hit a two-out single the other way in the second.

“I thought the command was better today,” Cole said. “Able to throw the ball down when we wanted to and up when we wanted to. Threw one good changeup, a couple soft-serve changeups that were non-competitive, but the slider was sharp in and out of the zone, and the curveball was good. It was good work.”

Cole took the mound to begin the third inning after throwing just 24 pitches through two. He finished at 30, striking out two without a walk.

The right-hander struck out two and walked one over a hitless frame during his 20-pitch debut against Pittsburgh on Monday night.

“We had a good routine today,” Cole said. “Getting settled in the analytics and a whole new routine of how it’s going to flow here. So, I was more comfortable with that today.”

Cole signed a $324 million, nine-year contract as a free agent after going 20-5 with a 2.50 ERA and 326 strikeouts last season for the AL champion Houston Astros.

The expected opening day starter on March 26 at Baltimore anchors a rotation that has already had two setbacks.

“From the performance standpoint, obviously, it’s a hit, but we have a lot of depth and we have a lot of good pitchers here,” Cole said. “Every year we’re always looking for a couple of over performers. So, we get that out of the some guys this year we’ll be right where we need to be.”

Left-hander James Paxton could miss the first two months of the regular season after having back surgery on Feb. 5.

The Yankees are looking to reach the World Series for the first time since winning the 2009 title. New York won 103 games and the AL East last year, swept Minnesota in the Division Series, then got knocked out by Houston.

Larson wins first NASCAR race since ban for slur
Free-agency breakdown: Comings, goings and ideal fits for all 32 NFL teams
No Bauer or Springer? How the Mets addressed their biggest roster need without a free-agent splash
Sterling wins title after Yan DQ’d for illegal knee
Bruins’ Carlo will be out ‘a while’ after Wilson hit